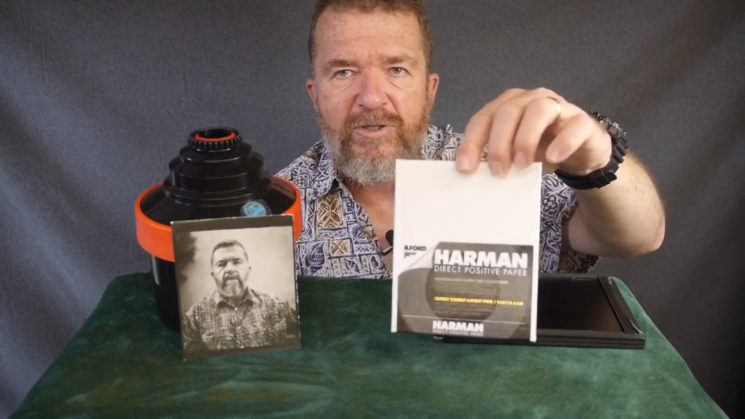 There’s little question that getting into film photography can still become rather expensive, especially if you’re going large format. But it doesn’t have to be. Sure, you can spend a fortune on a large format view camera and complete darkroom setup, but do you really need it? I’ve been following Joe Van Cleave’s YouTube channel for a while now, and in this recent video he’s going to help answer that question.

Joe regularly posts videos documenting his adventures with film, with some great tips for the rest of us. From compact darkrooms to DIY 35mm film canister pinhole cameras, Joes videos cover a wide range of film related topics. In this video, Joe takes a look at the minimum requirement required for shooting 4×5 large format Harman Direct Positive Paper.

Working with large format isn’t really that much different to working with most other films. Some slight adjustments might need to be made to your process to account for the larger sheets, though. And, like shooting with other formats, there are many different options and shortcuts available. These can help to make our workflow more efficient, or at least a little less tedious.

Using direct positive paper instead of film doesn’t affect the shooting of the images all that much. As far as the photography side of things goes, it’s just like working with really really slow (ISO1-3) film. So, you’ll either need a whole ton of light (6-8 stops more than you’d need at ISO200) or pretty long exposures.

After you’ve shot the image is where the big differences come into play. There’s no film, so that means no enlargers, no huge developing trays and having to deal with gallons of chemicals at a time. In fact, the methods Joe describes in the video attempt to eliminate the darkroom entirely.

Joe uses Harman’s 4×5 direct positive paper as it’s the same size as 4×5 large format film. This means it will fit into standard double darkslide film holders common to 4×5 large format cameras. Other sizes are available, but they’re not always as convenient as compatible size cameras aren’t easily available. Of course, you could always build your own.

To develop it without a complete darkroom, Joe transfers the sheets from the film holder to a developing tank inside a standard changing bag. He does, however, suggest going for a changing tent if you have the room to give a little more working space.

Joe essentially replaces the darkroom with the changing bag and the developing tank. Joe uses a Jobo 2820 test print drum. This is no longer available, so he suggests the Paterson Multi-Reel 3 developing tank, which is also capable of holding the Mod54. Designed specifically for 4×5 large format film, the Mod54 allows you to develop 6 sheets in the same tank simultaneously. But, it’s possible to develop the prints without this, too. 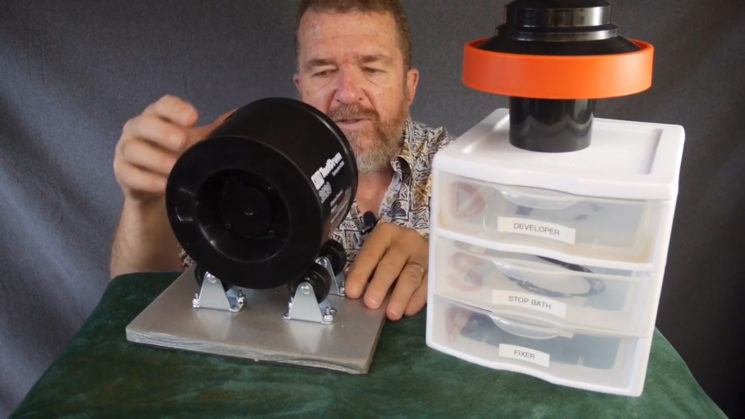 To minimise the amount of chemicals used, Joe used a rotary method of developing. This constant rolling of the development tank allows all the paper to be evenly exposed while reducing the amount of chemical you use. Compared to filling the entire drum, this adds up to a huge cost savings over time. But, do remember the shelf life of your mixed chemicals. 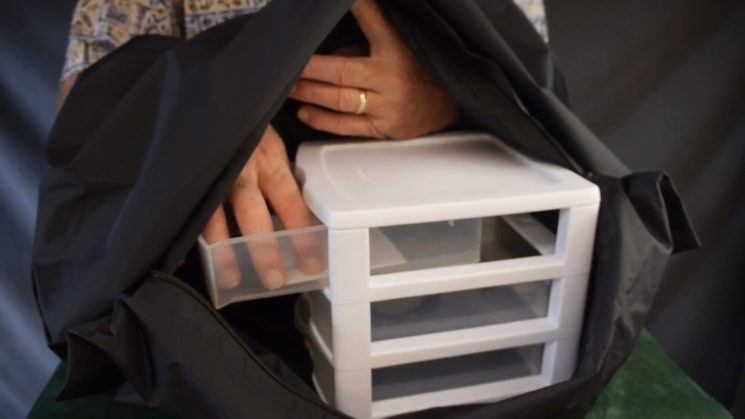 If you don’t fancy spending a bunch of money on an actual developing tank, you could just go for a small set of plastic drawers. This is where Joe suggests that using a changing tent rather than a changing bag will be more useful. With a bag, you can run the risk of wiping your prints on the material itself and ruining them. There’s also the chance you can accidentally mix and ruin batches of chemicals.

There are more great money saving tips throughout the video, and there are a lot of ways to save money. So, if you’ve been thinking about dipping your toe into large format photography, now’s your chance to give it a go.

Do you shoot large format? Do you shoot with direct positive paper or film? If film, what do you do with it when developed? Scan it or wet print in the darkroom? What other large format money saving tips can you offer that Joe didn’t mention in the video? Let us know in the comments.