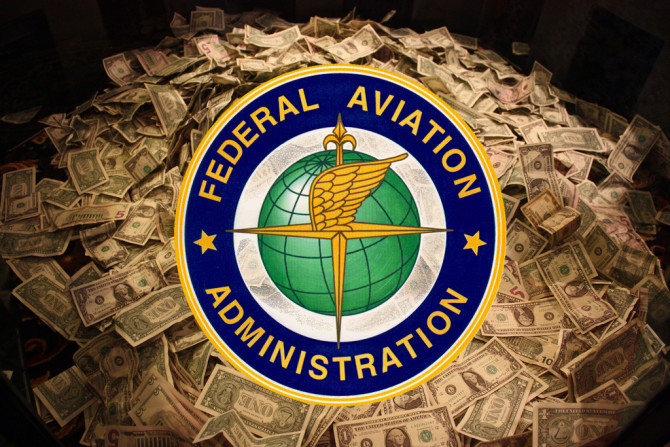 The company is being accused of conducting 65 unauthorized commercial flights, which involved aerial photography, over Chicago and New York’s highly restricted Class B airspace.

“These operations were illegal and not without risk,” the FAA said, and the company now has 30 days to respond to the agency.

In the press release, the FAA described the fine as “the largest civil penalty the FAA has proposed against a UAS operator for endangering the safety of our airspace”.

The flights at hand were conducted between March 21, 2012 and December 15, 2014, of which 43 took place in highly restricted airspace in New York. According to the FAA’s Pilot’s Handbook of Aeronautical Knowledge, Class B airspace “is generally airspace from the surface to 10,000 feet MSL surrounding the nation’s busiest airports in terms of airport operations or passenger enplanements”.

The FAA continued to blame SkyPan for “unauthorized operations in some of our most congested airspace and heavily populated cities, violating airspace regulations and various operating rules”, and claimed that on all 65 of the flights the aircraft lacked an airworthiness certificate and effective registration, and that the company did not have a Certificate of Waiver or Authorization for the operations.

USA Today adds that SkyPan uses an Align T-Rex 700E F3C drone, and that it applied for an FAA exemption to fly drones on December 22, 2014.

“Flying unmanned aircraft in violation of the Federal Aviation Regulations is illegal and can be dangerous,” said FAA Administrator Michael Huerta, which I understand but the next part left me a bit confused. “We have the safest airspace in the world, and everyone who uses it must understand and observe our comprehensive set of rules and regulations.”

There’s no doubt that New York’s airspace is sensitive, but how did a private company conduct 43 aerial operations in highly restricted airspace, said to be the “safest in the world”, without being shot down?

I’m also not saying that the fine is out of place, but if the skies are monitored so carefully and the company “operated the aircraft in a careless or reckless manner so as to endanger lives or property” as the FAA alleged, why was SkyPan allowed to conduct so many flights before the fine was proposed?

It seems that the FAA might have learned about SkyPan’s flights only when the company applied for a flight exemption.

Another interesting piece of information that I find lacking from the press release is how the FAA came to the amount of $1.9 million? Was the company’s income taken into account and did the locations of the alleged violations determine the final number?

Does this mean drone operators should now expect a fine of roughly $29,000 per unauthorized flight?

[via USA Today | Image based on photo by Nick Ares]