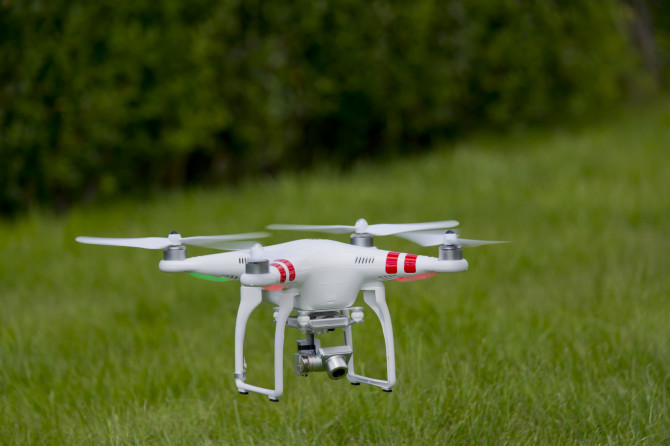 Though you’ve probably already seen your fair share of drone captured real estate photos, up until today, those images were taken illegally according to the policy currently in effect by the FAA. Presently, the FAA restricts nearly all commercial usage of drones. In order to legally operate a drone for commercial purposes, one must first request an exemption from the FAA’s rules. To date, the FAA has issued a mere 14 exceptions from a total of 214 requests.

“The proposed exemption would allow Trudeau to operate the PHANTOM 2 Vision+ quad-copter unmanned aircraft system (UAS) to conduct aerial videography and cinematography to enhance academic community awareness for those individuals and companies unfamiliar with the geographical layout of the metro Tucson area and augment real estate listing videos.” –Trudeau’s exemption proposal from the official exemption docket.

While, the exemption does grant Trudeau, of Tierra Antigua Realty, to use a drone, it comes with stipulations, which are explained in this 28 page docket issued by the FAA.

When taking his PHANTOM 2 Vision+ and GoPro 3+(both of which are specifically mentioned in the docket) out, Trudeau must meet the requirements of the exemption which states there must be a certified FAA Private Pilot operating the drone. Such certification requires the drone pilot to be able to answer questions similar to the ones found on this test. The pilot must also have a current medical certificate and never lose sight of the drone. In addition to the pilot, Trudeau must also provide an observer to watch over the entire flight.

Though Trudeau’s approved exemption is definitely a step in the right direction, given the (sometimes outrageous) stipulations demanded by the FAA, it appears there’s still quite a ways to go before we see more widespread and legal use of drones for commercial photography.

What are your thoughts on the FAA’s ruling? Is it fair to require drones used for commercial purposes to be regulated by many of the same stipulations that flying a manned aircraft requires?

[ via TechCrunch | Photo by B Ystebo ]

« NASA Reshoots Iconic Image 20 Years Later. Releases Hubble’s Largest Image Ever of Andromeda.
How Do You Compare To Famous Creatives And What Does It Say About Your Own Creativity? »