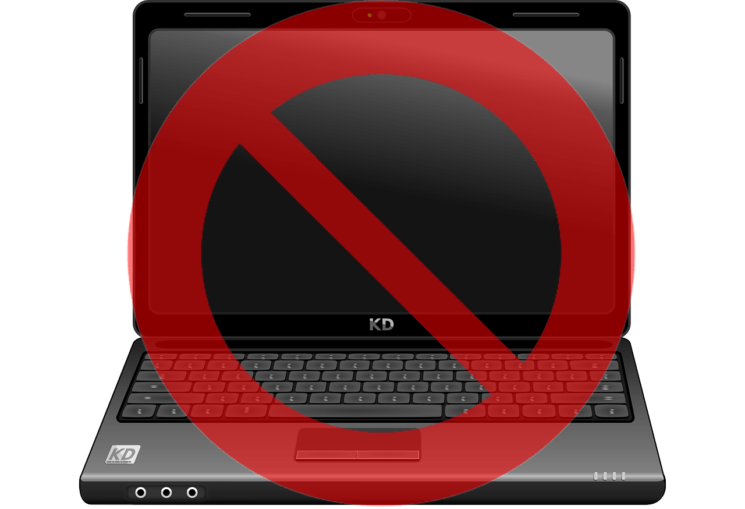 The US Federal Aviation Administration (FAA) has recently proposed that the laptop ban should expand to all international flights. This time, it won’t refer to the laptops, cameras and other devices in the carry-on, but in the checked luggage. Reportedly, the United Nations will consider the proposal in the upcoming weeks. If it gets accepted, you may not be able to put large electronic devices in your checked bags, no matter where from or where to you’re traveling.

According to the paper published last month, the agency is concerned about the lithium-ion batteries found in laptops, cameras and other electronic devices. They conducted the tests which showed that these batteries tend to overheat in the luggage. When packed with aerosol canisters, they can cause an explosion and become a threat to the entire plane.

FAA conducted 10 tests for the explosion in combination with the laptop battery. They included an aerosol can of dry shampoo, a 6 oz. bottle of nail polish remover, 2 oz. bottle of hand sanitizer and a 16 oz. bottle of 70% ethyl rubbing alcohol in several different scenarios. In all cases, there was a fire. But, only one of them (dry shampoo) caused the explosion which the standard airplane’s fire suppression systems couldn’t handle.

After the test results, FAA proposed that the electronics ban should go international and adopt a worldwide standard. They proposed it to the UN, and as Gizmodo reports, the International Civil Aviation Organization will be discussing the matter next week. And even if the committee accepts the proposal, the participating countries will still need to adopt it individually.

Although the tests have shown that Li-ion batteries are dangerous in combination with certain liquids, how come the incidents like this have been so extremely rare in real life? Well, FAA presumes that it’s simply because most passengers bring their large electronic devices in the carry-on, while the bottles of liquid are packed in the checked luggage. But I guess that after the initial ban of electronic devices from the carry-on, people began putting them in the checked luggage.

The electronics ban that caused a lot of stir has eventually been lifted. Instead, the Transportation Security Administration (TSA) implemented additional safety measures at some U.S. airports. They allow you to bring the electronic devices in the carry-on, but each of them is scanned separately. After the latest findings, FAA proposes some alternatives to packing the electronic gear in the checked luggage:

Now, if the new proposal is accepted, I guess that we’ll have a case of the electronics ban reverse from the initial one. Instead of the electronic devices being banned from the carry-on, it will be banned from the checked luggage, at least if you bring the dry shampoo, nail polish remover or alcohol. After all the fuss with the electronics ban in the past couple of months, I’m really curious to know what they’ll think of next. Until then, keep your cameras and laptops with you in the carry-on, and leave the dry shampoo and other stuff in the checked luggage, and you’re good to go.

U.S. may soon ban laptops on all international flights