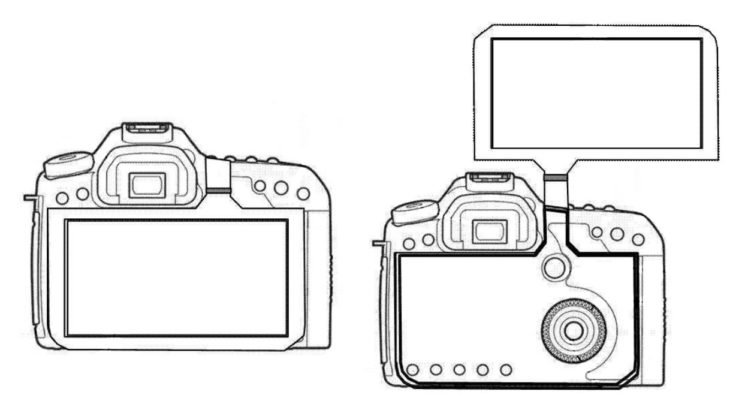 People have been begging Canon for years to put flippy out (or up) articulated LCDs on their higher end bodies for years. Now it looks like they may have listened. This patent from Canon Japan shows a new rear screen design that looks quite intriguing. As well as the size of the screen, it also shows new mechanisms to attach it to different types of camera body.

One thing strikes me as a little odd, though. The dial normally found on the back of a Canon DSLR sits underneath the LCD. So, it looks like it forces people to flip their LCD out if they wanted to actually use the camera. Still, it’s an interesting concept.

There’s two main designs shown in the patent. One for full size DSLRs with a built in grip, like Canon’s current 1DX Mark II. The other shows a more compact body, like the 5D Mark IV or 7D Mark II.

The more compact body design actually looks pretty cool, and could be fantastic for video shooters. I’m not entirely sure how practical it would be for photographers, though, especially those who use flash and want to put a trigger in the hotshoe. 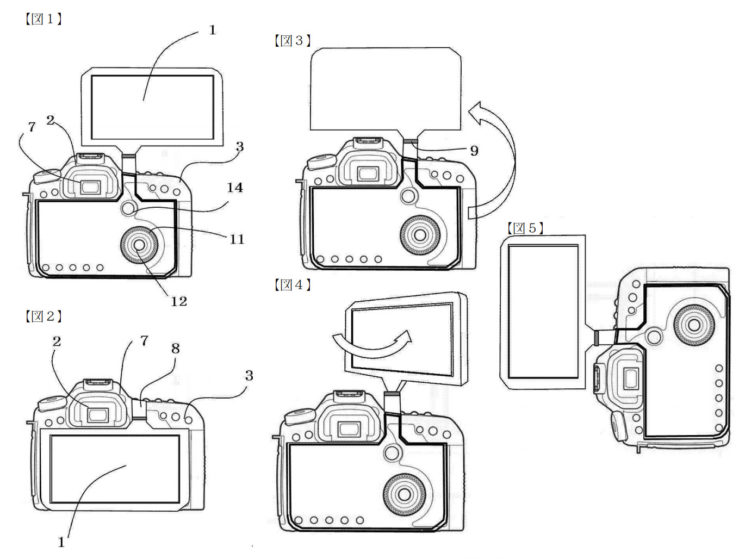 Video shooters also likely wouldn’t mind having to flip out the LCD to get access to the dial and buttons underneath. Most people I know who use flippy out LCDs or external monitors have them well away from the back of the camera anyway. Again, though, this is likely going to frustrate photographers who don’t want to have to flip the LCD out of the way each time they want to take a shot.

But, there is one possibility to get around this. I don’t see anything mentioned in the patent, but it is entirely possible, that these controls may be replicated on the LCD itself. Controllable via touchscreen, the same way you might spin a dial on a mobile app.

The patent for the full size camera LCD looks pretty brutal. It certainly doesn’t leave any room for things to go on the hotshoe and, again, covers the dials and buttons. 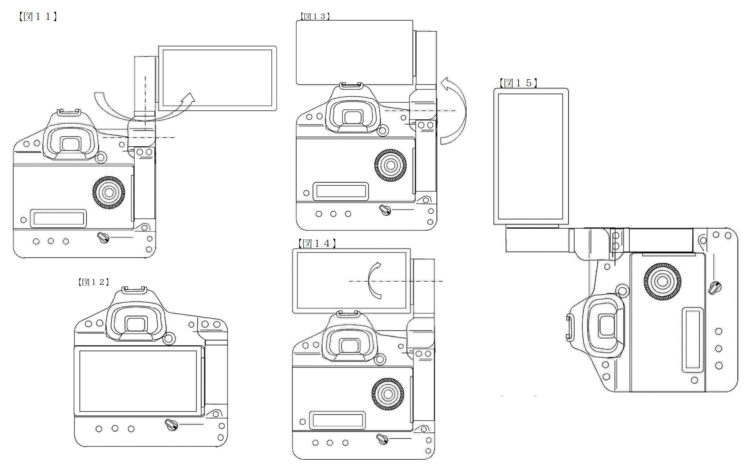 While the fixture on the larger body is probably more substantial, it looks like they’ve just stuck a billboard on top of the camera. I can’t imagine anybody wanting to use this every time they pull out the camera to take a photo.

Sure, the LCD screens we have on our DSLRs and mirrorless cameras today aren’t great, but at least we can just ignore them and carry on shooting. I don’t you’d be able to ignore them with the designs shown in the patent. At least, assuming it doesn’t also offer a full touch screen UI to configure your settings.

Still, it’s nice to see some of the other designs camera companies are coming out with. You can find out more about the patent, here.

On a related note… Nikon, could you please give us a real articulated LCD on cameras other than the D5x00 series? Some of us would like a proper flippy out LCD and high speed sync capabilities in the same camera. And no, those laughable tilt screens you’re currently putting into everything don’t count.