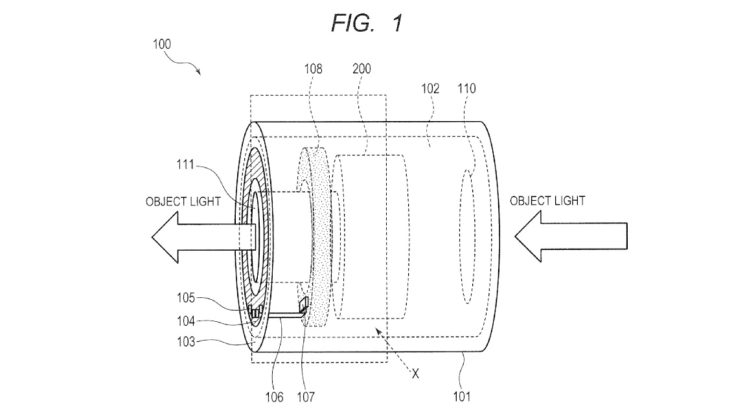 Well, this is interesting. I knew that most optical image stabilisation systems in lenses used electromagnetic fields in order to try and keep the elements steady. But what I hadn’t considered was how these fields might affect noise on the sensor and in the images. As it turns out, it affects them enough to warrant Canon developing a new system to help reduce it.

The folks over at Canon Watch spotted the patent, which seems to help reduce the magnetic field created by lens stabilisation. Thus, reducing the noise generated by the sensor.

So, according to the patent, the way IS works is something like this…

So, put simply, a vibration gyroscope sensor in the lens monitors its movements as you handhold it. It then sends signals to a correcting unit which uses electromagnetic fields to help keep things in place and counter your movement. This is generated by applying a current to a coil (and why having it turned on will drain your batteries more quickly). There are also permanent magnets inside the lens for the electromagnetic coils to repel or attract depending on the movement.

There is potential, enough potential to come up with a solution, for these magnetic fields to interfere with the electronic circuitry in the sensor, and generating noise. Think of those old CRT televisions, and what would happen to the picture when you held a magnet up to the screen.

Yeah, it’s a bit like that, although not quite as extreme.

So why haven’t lens manufacturers done something about this sooner? Well, it appears that shielding the sensor from these magnets isn’t so easy. But Canon have come up with a solution. Again, from the patent…

So, essentially it seems that through a combination of non-magnetically conductive materials and clever shielding they’ve managed to solve, or at least reduce the issue.

Now, I don’t really shoot Canon. I do occasionally shoot it, but it’s not something I’ve noticed myself (with any brand), and don’t really have any kit here to experiment with so I don’t know how big of an issue it really is. But I’ve never seen anybody post “Why are my images noisier when I turn IS on?” to any Facebook groups. So, Canon shooters, you tell me, is this really an issue? Is noise due to IS noticeable as you creep higher up the ISO range?

Check out the full patent here.

How to reduce noise in an image without losing detail

« The ethics of photography: when should you put the camera down?
UK blocks the law that bans taking photos up women’s skirts »