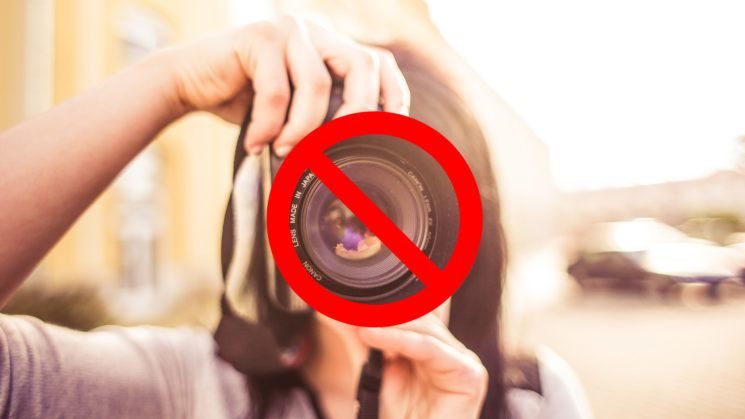 The ethics of photography is certainly a topic worth discussing. Are there times when we should just put our cameras down for the sake of being ethical? Or is it photographers’ job to document human suffering, pain, and accidents? This is the topic that Sean McCrossan, of When Will I Learn?, discusses in this video. So, when is it time to put your camera down?

Sean starts with an example from his own life. He talks about a day when he was walking down the street and saw a fire. There were plenty of people gathered around, taking photos and videos with their phones. Sean admits that he, too, felt compelled to take some photos and videos of the fire, considering that filmmaking and photography is how he makes a living. But, he says that he would have felt awful if there have been injured people and he had just stood there shooting.

This made him think of “exploitative photography,” as he calls it. And he compared it to the movie Nightcrawler and Netflix series Shot in the Dark. If you haven’t seen them, they are about people who rush to the scenes of tragic events to take photos and videos, so they can sell them to media outlets later.

If you feel compelled to take photos and videos in these situations, how do you know when it’s okay and when it is not? Okay, taking selfies during tragic events is as disrespectful and inappropriate as it gets. But what about regular photos? Well, this is what Sean suggests: when you’re in a position where you could potentially be exploiting someone or something, ask yourself: am I making this situation better if I take a photo or a video? If the answer is no then you should put away your camera. In other words: be mindful when you’re taking photos.

On the other hand, what about people who go to war zones and disaster zones to take photos? They take photos of pain and misery all the time and even get awards for them. It’s true, but the thing is: they do it to inform people or raise awareness of a cause. And even then, some paid photojournalists stop doing their jobs in order to help those in need.

What are your thoughts on this topic? Feel free to share them in the comments below.

[Right Place Wrong Time | The Ethics of photography via FStoppers]

Why you shouldn’t do street photography: the problem of ethics and representation

The ethics of Photojournalism