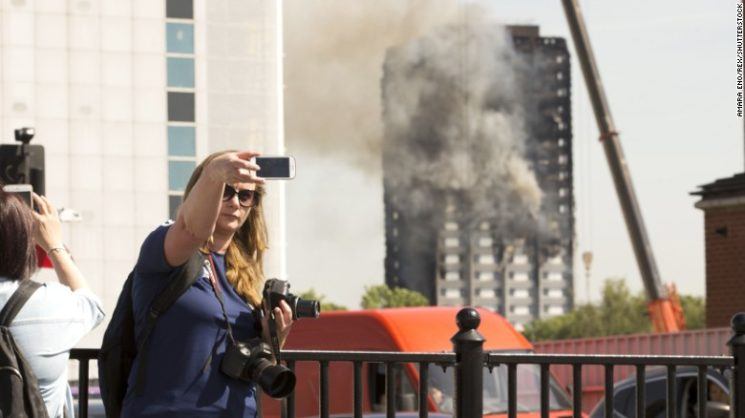 The selfie seems to be an unstoppable force now. Wherever we go, either we need to take one, or we see others taking them. Over the weekend I went to visit some friends and we took a wander through a local park. It felt like every other person we saw had their phone out shooting selfies in the glorious weather. But there’s a time and a place for it.

There are also times and places where it’s definitely not appropriate. The site of the burnt out Grenfell Tower is one of them. Inappropriate or “Disaster Selfies” seem to have become something of a trend in the last couple of years. It’s been happening so much at Grenfell, that local residents are actually putting up signs asking people not to shoot selfies.

This sign placed under the Westway this morning. Its kind of depressing that this even needs to be said.#Selfies pic.twitter.com/lNOU9SEJxL

Grenfell tower is a 220ft (67m) tal tower block in London. The blaze broke out on 14th of June, and even firefighters were shocked with what they saw as they rushed to the scene. The official cause of the fire is yet to be determined. Also unknown is the exact number of people who perished in the tragedy, as the search could last for weeks. The building contained 127 apartments with 227 bedrooms at the time of the fire.

The sign shown in the tweet above is not the only one, either. There are several dotted about the area. 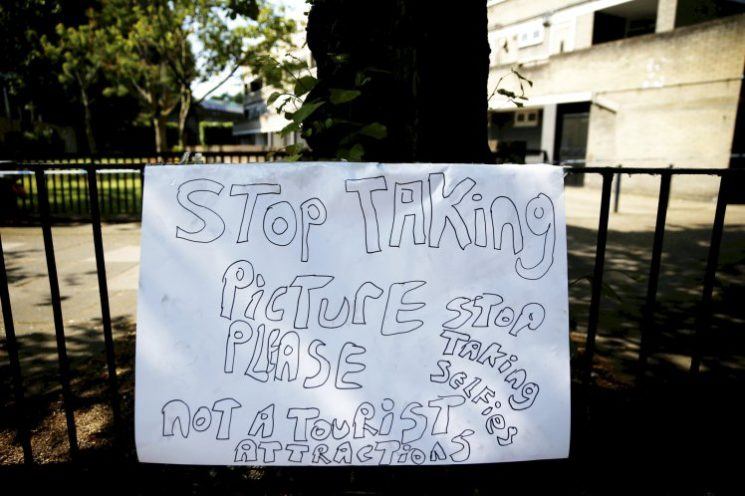 And we can’t blame this one on “vain millennials”. The disaster selfie trend seems to be attracting all ages and genders. One can understand the fascination with events such as these and wanting to document them. They’re not something we see every day. They become important markers in history, but please show some respect.

This is not the time or place to take selfies – in front of a tower block where my friends passed away.

We are living in very sad times when people feel that signs like these are even necessary.

People should not need to be told that this is inappropriate.