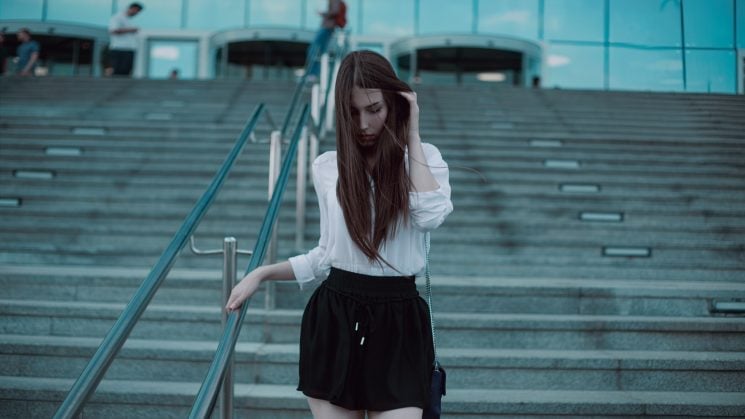 The United Kingdom recently attempted to make upskirting illegal and punishable by up to two years in prison. But thanks to a single lawmaker, the bill hasn’t become law after all. 71-year-old Sir Christopher Chope of Conservative party blocked the bill and he didn’t give a reason for it.

Upskirting, as you probably know, is taking unauthorized photos under a woman’s skirt. Gina Martin started a campaign against it in the U.K. after she was a victim of upskirting in 2017. She was unable to file a lawsuit because of the “gap in the law.” Upskirting is not a criminal offense in the U.K., and the police reportedly stated that the photo wasn’t obscene enough “because she was wearing underwear.”

The proposed bill would put upskirting in line with other voyeurism offenses, making it punishable by up to two years in jail.  As TIME reports, Prime Minister Theresa May’s government gave its backing to the proposed bill on Friday. However, Chope’s objection means that the law will have to be debated again at a later date. According to the same source, the expected date for a new debate is 6 July 2018.

After Chope blocked the bill, it caused many negative reactions among the public and the members of the Parliament.

The Government supported today’s Bill on ‘up-skirting’. Disappointed that no progress today – the law needs to be reformed. But it will be.

Gina Martin published an official statement regarding Chope’s blocking of the bill, saying that she was “extremely upset and disappointed.”

TIME cites lawmaker Wera Hobhouse, who said that upskirting is a “depraved violation of privacy” and called Chope’s act “outrageous:”

“Upskirting is a depraved violation of privacy. It is outrageous that a single member of Parliament has today been able to derail a much needed and universally supported change in the law.”

As TIME writes, upskirting is not prohibited at a federal level in the U.S. However, it was made punishable in Massachusetts and Texas. Sadly, it seems like it’s a kind of a “grey area” in legislation of most countries. It’s officially illegal in Australia, New Zealand and Japan. But unfortunately, it seems like a “gap in the law” exists in many other countries.

If you ask me, I strongly agree that upskirting should be punishable by law. It is indeed a violation of privacy and there should be some kind of a ruling against it. I hope that’s about to become the case worldwide, and that the U.K. will implement a law against it after 6 July.

Instagram blocks some #BlackLivesMatter posts; blames it on its anti-spam system