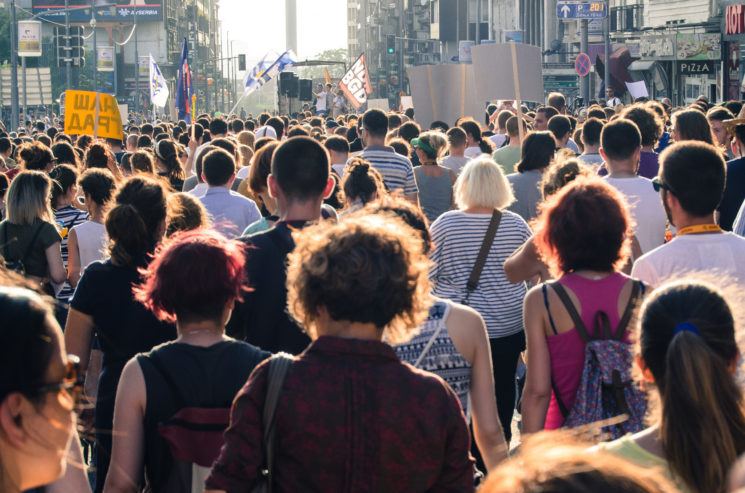 Earlier this week, confirmation hearings of Jeff Sessions as US Attorney General were followed by protests. Of course, many photographers and reporters covered this even. And one of them had an unpleasant experience which looks a bit like censorship. While Jim Lo Scalzo was taking photos of protesters being escorted out of the hearing room, he was interrupted. As he said, Texas. Rep. Louie Gohmert tried to stand between his camera and the action, blocking his view.

Lo Scalzo asked him if he was seriously blocking him from taking photos of protesters, and Gohmert said “Yes. The story is not there.” Then he pointed to Sessions and said “The story is over there.”

Gohmert said there were more photographers who were out of line. According to him, they broke protocol when they “jumped up” in front of him to capture the protest. He denied that his move constituted censorship, but he didn’t deny blocking the photographer:

“There were plenty of cameras to capture what was going on, so there was no censorship, but the rule-breaking, distracting, view-blocking cameraman was blocking my view requiring me to stand. He wasn’t determined to get the truth out, he was selfishly disrupting the view he was not allowed to, to try and prevent one of the many other photographers who were not violating rules from having a better picture than him.”

He added that he would ban that photographer if this happened in his courtroom. He wouldn’t allow him from further entrance at hearings with the camera until he proved he wouldn’t continue to obstruct hearings.

On the other hand, Lo Scalzo claimed he wasn’t blocking the congressman’s view of the hearings. They were interrupted by protesters multiple times and temporarily halted while the protesters were escorted out – and this is when Lo Scalzo was taking photos. He said that Gohmert left his seat specifically in order to prevent him from taking photos, and then he pointed out to “where the real story was.” The photographer was stunned by Gohmert’s act:

“It’s a basic First Amendment issue. Lawmakers do not get to determine what I can and cannot cover in a public place, end of story.”

As for the protocol, this is what Press Photographers’ Gallery Guidelines state:

“Photographers should be seated, either on the floor or on low stools, with backs against the dais. This gives the witness plenty of room, and everybody a chance to make a picture.”

So, by standing up, Lo Scalzo may have actually broken the protocol. But on the other hand, I don’t see how Gohmert’s standing up and blocking the photographer is okay. I don’t think anyone can have the right to block a reporter’s view and tell him what to cover. Photojournalists have their task and they know better than anyone why they are in a certain place and what needs to be covered.

What do you think? Who is right in this situation?