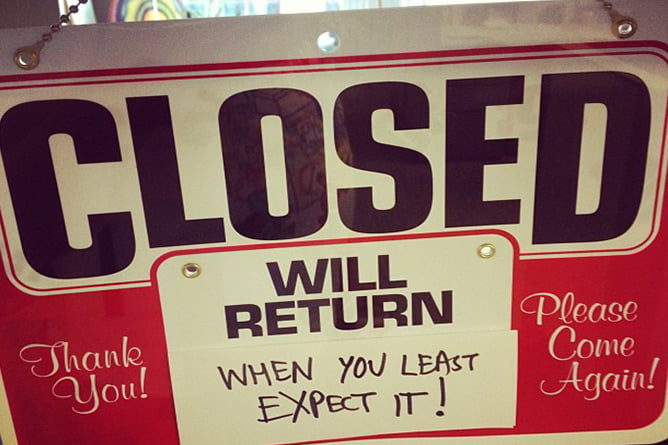 There are many times we write about how the photography market is changing. How photographers are perceived to bringing less value to projects and how they are perceived to be worth their gear and nothing more. Heck, we posted an open letter about this today.

But while we have been mainly highlight the small business photographer, a recent interview by PDN reporter Amy Wolff with photographers’ rep Julian Richards sheds some light a similar process is happening at the very high end market as well.

Mr. Richards had a successful photo rep agency for over 20 years and at times his roster included photographers such as David Barry, Chris Buck, Michael McLaughlin, Dana Gallagher, Sian Kennedy, Greg Miller, James Smolka and Henrik Knudsen. A pretty impressive team. Yet, after 20 years he decided to quite. The interview is filled with painful insight from Mr. Richards.

The most striking thoughts comes when Mr. is asked about how the industry changed. (Bolding is mine)

Digital changed the landscape. Before the pixel, craft was still an elemental component of the narrative. A process that involved trusting strips of cellulose in a mysterious dark box was replaced by instant, impeccable rendering, in situ on vast monitors. The photographer’s role as sorcerer and custodian of the vision was diminished: The question “have we got it?” became redundant. Now it was the photographer asking the art director asking the client. Which is a big deal. Because the previous dialectic was that you engaged people who brought something to the party you couldn’t provide yourself. Like Magi, the “creatives” brought creativity; photographers, vision. By abdicating those responsibilities to the guy who’s paying, you’re undergoing a sort of self-inflicted castration. A culture of fear and sycophancy develops. Self-worth diminishes, because nobody really likes being a eunuch, even a well-paid one. There’s less currency in having a viewpoint. The answer to the question “What have you got to say?” drifts towards “What do you want me to say?” There’s reward in being generic, keeping one’s vision in one’s pocket. Trouble is, when your vision has spent too long in your pocket, sometimes you reach for it and it’s not there any more. Something Pavlovian sets in: the bell rings when it’s kibble-time and you drool on cue. Suddenly many jobs can be done by many people, photographers become more interchangeable, the question of “Why him over her?” shifts to ancillary aspects of the process; personality, speed, stamina, flexibility. And there’s profit in mutability; being able to gather several photographers under a single umbrella with a shared mandate makes you more flexible and attractive. But the corrosive byproduct is that the unique sniper’s eye of a Greg Miller, Chris Buck, James Smolka, Sian Kennedy becomes not only less relevant, but actually an obstacle. In shifting ground to garner a larger share of the mainstream, you risk losing identity, licking the hand that feeds you.

There were other strands that played into this shift. The “make it look like my niece could have shot it” esthetic; the bespoke corporate stock library with its emphasis on bulk delivery of cliché; endless emphasis on “aspirational” as a reaction to difficult economic times. Oh, and how about the Death of Print? Half the industry getting fired in a month and no sign of a magazine this side of Bulgaria. Loop back to the top. Add decimation and fear.

It is a hard interview to read, but is definitely worth your time. For the full interview head over to PDN online.

« Thinking Outside The Box: Creative Use For A Speedlight And Pack Of Gel Filters
11 Tips To Shooting Great Wildlife Photos Without Getting Killed »