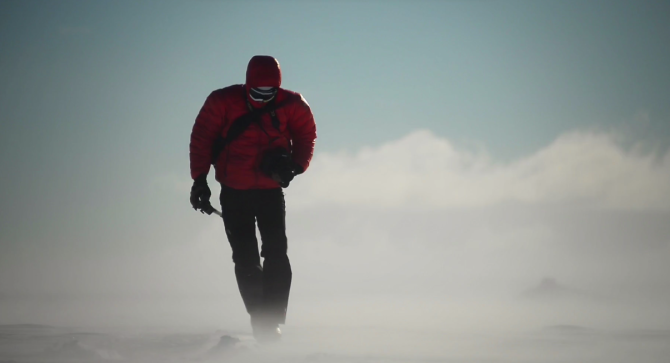 Cory Richards is now an athlete for North Face and a photographer for National Geographic, but he was once a homeless high school dropout as well. When he set out to find out how he was meant to make his way in this world, his path took him to the Himalayas in Pakistan. There, him and his crew nearly died from an avalanche on his descent from the mountain. But while for one moment he truly thought it was over, the next he realized he was still breathing. Right then, he took a self-shot that ended up putting him on the cover of National Geographic.

This is a video done by Blue Chalk in cooperation with the photographer; it’s almost a moving portrait of Cory himself, utilizing his ambitions, his voice, his experiences, his photography, and his humor. It’s a story of a man’s experiences, and why he shot what he shot; it’s his message, as a professional photographer, of why his job is important to him in the first place. With the experience of traveling to every continent in the world, meeting people who hold history most of us may never hear about, and managing to show a few of them to the world, I think we could all benefit from watching this short video. Check it out after the break.

The Life Of A National Geographic Adventure Photographer: Jimmy Chin