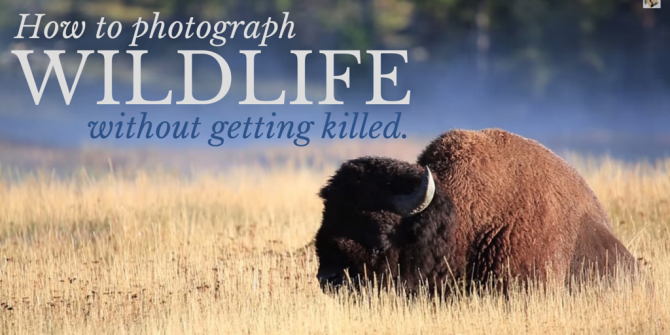 With the help of his father’s wise words, Jay P. Morgan has just put out a fun video chock full of tips to help you get started in wildlife photography. Morgan’s father was a photographer for National Geographic and the Audubon Society for many years. He did us all a favor by imparting his experiences and wisdom onto his son, who is paying it forward and sharing the tips with us. Even if you’re already familiar with some of the concepts he mentions, there’s certainly some gems to be found. Number 8 is a personal favorite. (I, too, can vouch for it’s usefulness.)

Here’s a primer on the tips from Morgan’s video, which you can also watch after the list…

Five tips for wildlife photography without a super-telephoto lens

Five beginner tips for getting started with shooting timelapse

« Julian Richards Explains Why He Closed A Successful Photo Rep Agency: ‘Photographers are undergoing self-inflicted castration’
This Is A Good Time To Buy Nikon (D610 At $1,600, Optional Savings Of Up To $800) »