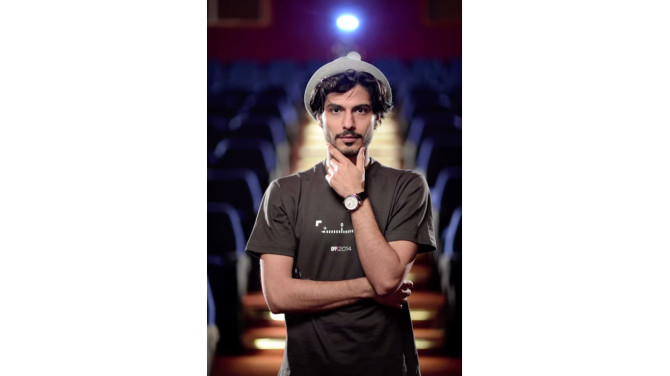 Gels are common tools to use when you want to change the temperature of your light or add color to white backgrounds. but they can also be used to simulate the look of different kinds of lights. In this case, Joe McNally uses a blue gel over a speedlight to mimic the look of a glowing movie projector. It’s a pretty creative application of the gels and goes to show that with a little imagination and a pack of Rosco gels, the sky is the limit. 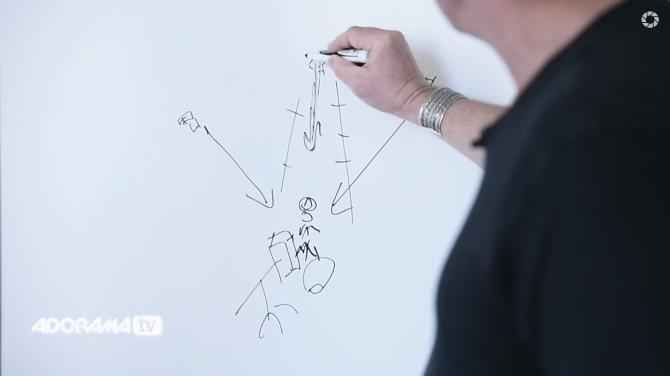 Lighting setup for the shot.

The setup is actually pretty simple and he covers the entire thing in the sweet video, below, but in a nutshell he used a large softbox in front of the subject as a main light; there were two handheld strobes in the back of the subject off center to the left and right to create a rim light; finally, the light that appears to be a movie projector is actually a third handheld speedlight with the blue gel.