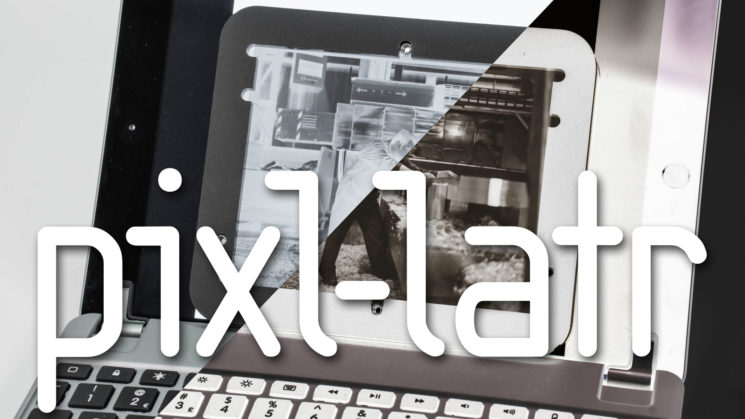 With film’s usage on the rise, the issue many film shoots have is how to share those images with the world. How can we get them onto the computer to post them to social media or website portfolios? Many go with a scanning service when they send off their film to be developed. But if you develop yourself, you’ve basically got two options. Scan it or photograph it.

Scanners, especially quality ones, can be extremely expensive, particularly when you jump up to 4×5 large format. Photographing them is a more cost-effective option and with the resolution of today’s cameras a viable one. But holding film and keeping it flat can be troublesome. That’s where the pixl-latr steps in. It’s a film holder for 35mm, 120 and 4×5 large format film for digitising.

The pixl-latr was developed by film addict, Hamish Gill. He’s made several prototypes that he uses himself, and it looks pretty cool. The product was pretty much complete and ready to go. But then Hamish noticed a flaw. If people are going to be using this on iPad screens, the metal locater pins should probably be switched out with something a little less abrasive. Like Rubber.

So, instead of just ordering up a batch and selling, the pixl-later is being launched through Kickstarter. This is to help fund the tooling that will be required to swap out the current metal alignment pins with rubber ones. Although a small component, tooling is still not cheap.

The holder itself is made up of a handful of parts allowing you to easily configure it for the type of film you’re shooting. It takes 35mm, 120 (up to 6×12) as well as 4×5 large format film. 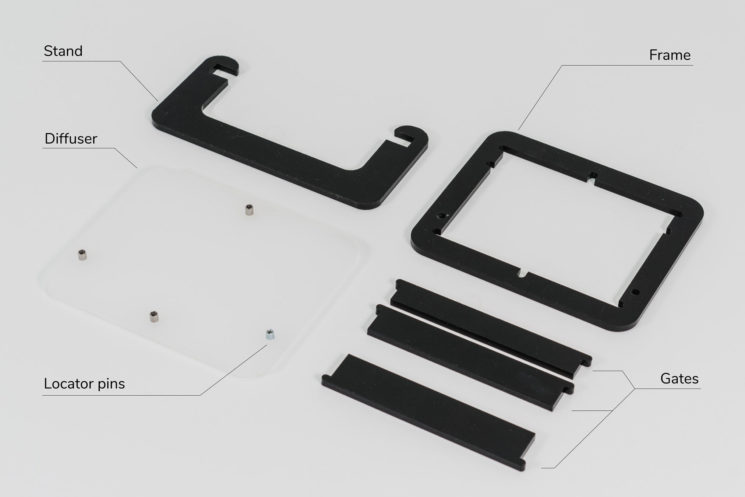 One of the ways that many photographers do this now is with the use of a lightbox. Some, and there are even apps available for it, let you use an iPad or other tablet as the light source for photographing your film. The problem is that you often see the pixels of the screen (even retina screens) in the final image. The white diffuser panel on the pixl-latr solves this problem with ease. 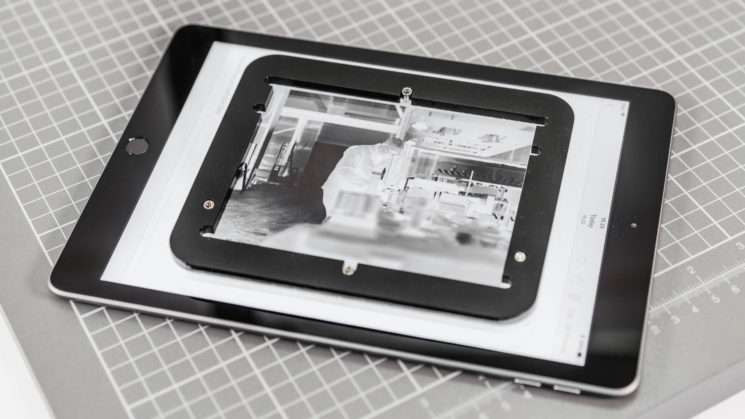 There is also a stand that allows you to use any rear light source you wish. Even the daylight coming in through a window. From here, you simply need to photograph it – and you can go simple with just your phone, or advanced with a DSLR or mirrorless camera and macro lens. If shooting negative black & white or colour film, you’ll need to invert the shot, and then tweak your colour and contrast. If shooting slide film, you can skip the inverting process. 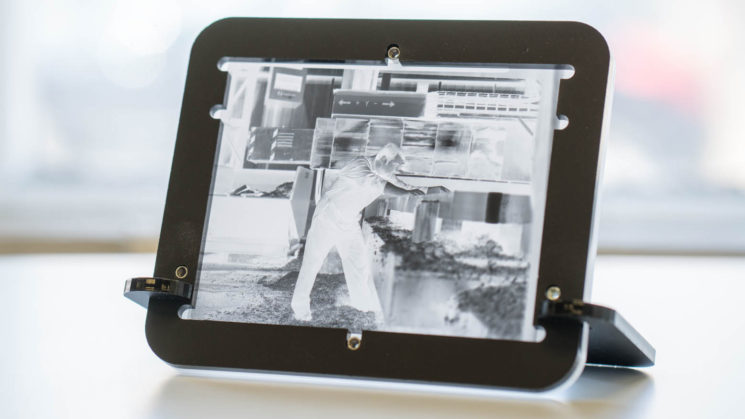 Sure, you could come up with your own DIY film holder solution, and many people do. Often sandwiching it between a couple of sheets of glass. But, this is a pretty cool solution that doesn’t price itself out of its target market and eliminates the potential for unwanted extra reflections and such from using glass on top of your film.