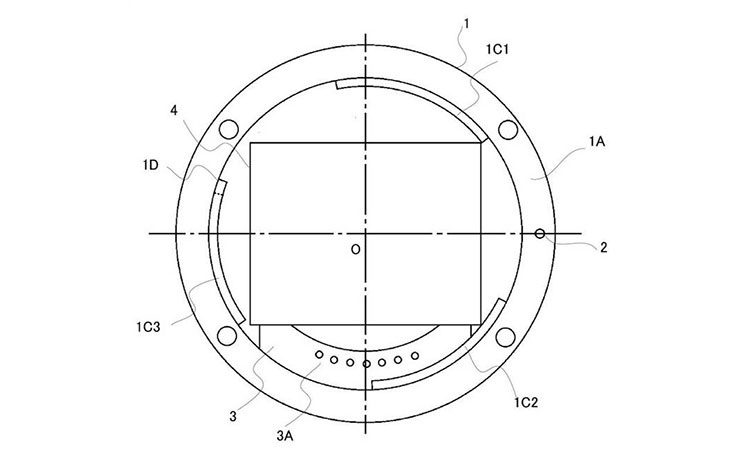 A new patent spotted by Canon News shows a lens mount that looks similar to both Canon’s EF and EF-M mounts but is actually neither. The web translation of the patent is a little confusing. The patent seems to suggest, though, that this mount could be some kind of hybrid compatible with both full frame EF and EF-M mirrorless lenses.

We all knew, really, that a new mount would likely be coming with a full frame mirrorless Canon. There would have to be. Keeping direct mounting compatibility with current EF DSLR lenses would be difficult if they wanted to keep a new mirrorless body small. So, I’d say it’s likely that there will be some kind of adapter that goes in between a new mirrorless body and DSLR EF lenses, yet maintains all the appropriate electronic connections.

The patent shows both the body and lens sides of the mount.

What’s interesting, though, is that the current Canon EOS-M mount contains 9 pins. The Canon EF mount contains 8 pins. This new lens mount patent only shows 7 connection pins. So, I’m curious what existing lens features Canon shooters may potentially be giving up with the new mount and fewer pin connections. 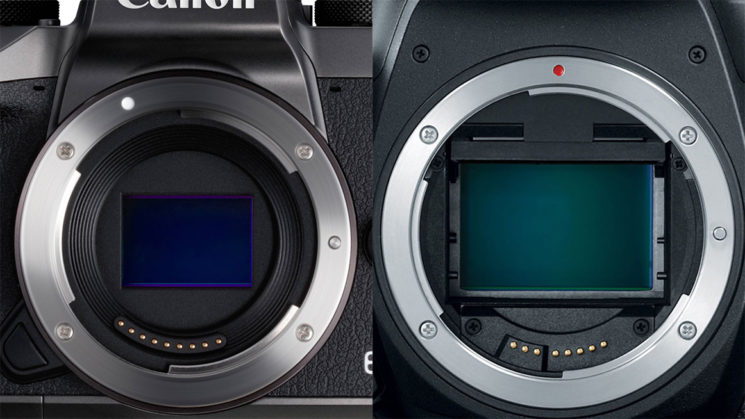 Either way, if the compatibility assumption is correct, and as long as the older EF and EOS-M lenses perform well on a new full frame mirrorless Canon, I don’t suppose it will matter.

Of course, as Canon Rumors suggests, we really have no way of knowing for sure if this lens mount is the one that will come in a new Canon full frame mirrorless camera anyway. At least, not until they make an official announcement. It may be for something completely different.

If you want to check out the patent for yourself, it’s Japan Patent Application 2018-084713. They don’t allow direct linking to patents, though, so you’ll have to search for it yourself.

« Photographer turns bullied kids into Avengers in this empowering project
Licensed or Not? A Closer Look at the Fox News Flood Footage Fiasco »