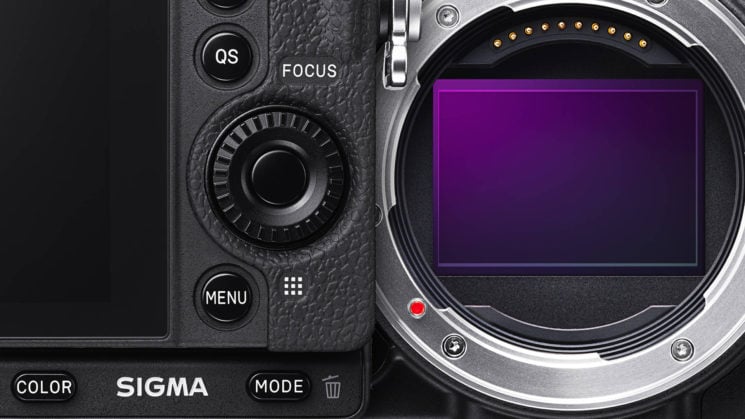 DPReview recently had a chance to have a video call and a bit of a chat with Sigma CEO Kazuto Yamaki. In the interview, a number of topics are touched on, including Mr Yamaki’s vision for the future of the company, compatibility with mirrorless camera systems other than L and E mount, and various other things.

One thing briefly spoken about was what’s happening with the long-awaited full-frame Foveon mirrorless camera, initially announced in 2018 and put on indefinite hold in 2020. In March last year, Sigma aiming for a Summer 2021 release, but now a launch might be as late as 2023… But they’re working on it.

Aside from the news on full-frame Foveon, the other big thing that stuck out to me – as a lot of people often ask about it – is the option of Canon RF and Nikon Z mount mirrorless lenses. So far, Sigma’s full-frame mirrorless lenses are only available for Sony E mount and Leica L mount. My Yamaki was asked if there was anything coming.

I am aware that there’s a very strong demand from customers for Canon RF and Nikon Z. We believe, too, as a lens manufacturer, that it’s our mission to support as many mounts as possible. We would like to support those mounts, and we’re discussing and researching.

So, they’re “discussing and researching” them, although there’s no word on when those might actually come. Acknowledging the demand, though, and stating that they’re actively working on it, though, is a very positive sign.

Not so positive, though, is the potential future for full-frame Foveon. Well, it’s positive that they’re still working on it, but it’s not so positive that it’s being delayed even further than previous estimates. Mr Yamaki’s statement also suggests that it might be delayed beyond this, as there are still unknown challenges that they may still yet have to face.

We’re still at the research and development stage for the sensor. It’s mainly being worked on by Sigma engineers here. It will take some time to have a prototype of the new 3-layer X3 sensor and then we’ll see if we can move to the next stage, which will be a product. I don’t think we’ll have a product to show in 2021. Maybe 2022 or even 2023. We don’t know what kind of technical issues or challenges we’ll have to solve with the sensor yet.

So, the short version is that they don’t even have a prototype Foveon sensor yet, three years after the original announcement. So, there are many challenges they’ll need to overcome and at this stage, they don’t even know what those challenges will be. So, it may be 2022, or 2023, or possibly even longer than that. At this point, I’d probably work on the assumption that it’s never coming and plan your gear choices accordingly. At least until we get an announcement that it actually exists.

The complete interview offers some interesting insights and it’s well worth a read.

« YouTube’s TikTok competitor, Shorts comes to the UK, Canada and Latin America
OM Digital has announced the new Olympus PEN E-P7 but not for the USA! »