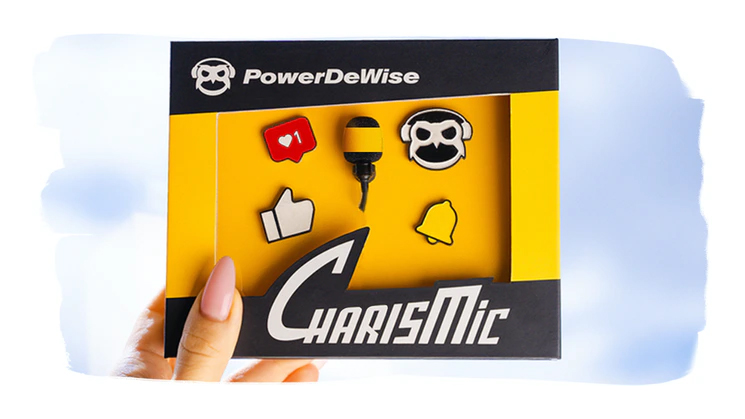 Lav mics have been around for years. Virtually all of us who shoot video have used them at some point or another. But they’re annoying. You have to deal with clips that often puncture or scrunch up your clothes – which isn’t a great look for the camera. But the CharisMic thinks it’s solved the solution through the use of magnets.

It’ a neat solution that allows you to clip a microphone either on top of underneath your clothing, and when it’s underneath the magnet is hidden under one of several cute little badges. It’s already up on Kickstarter, where it’s already gone way past its goal with two weeks still to go and pledges starting at $77.

It’s a very cool solution, although using magnets to attach lav microphones to the subject is nothing new. Sennheiser, for example, produces a magnetic lav mount kit that works on a similar principle to the pendant with the Insta360 GO 2, and they’re not the only ones. The CharisMic, however, does possibly seem like a more versatile option.

It’s a cool idea and their Kickstarter page is very flashy, but it tells us absolutely zero information about the microphone itself – which you’re forced to buy in order to get the clips and all the kit at a cost of $77 for one or $99 for a twin kit. There are no details about the microphone’s impedance, frequency response, signal-to-noise ratio, max input level, etc. You know, stuff that relates to how the microphone actually sounds and compares to the competition.

There’s also no way to buy the magnetic clip system without buying the microphones (and from the photos, it looks like it clips on to a standard generic unbranded lav mic). This means that those who probably already own at least a couple of lav mics already are going to have to spend money on microphones they don’t need to get the magnets. What if they just want to magnetise the mics they already own without having to buy probably inferior lav mics they’ll never use?

I mean, the price difference between the single mic kit and the dual mic kit is $22 (and that includes other stuff as well as a second mic), so how could these mics compare to something like a $250 Rode lav? Why would you want to swap out the mic you may already have for your Sony or Sennheiser wireless packs for one of lower quality? 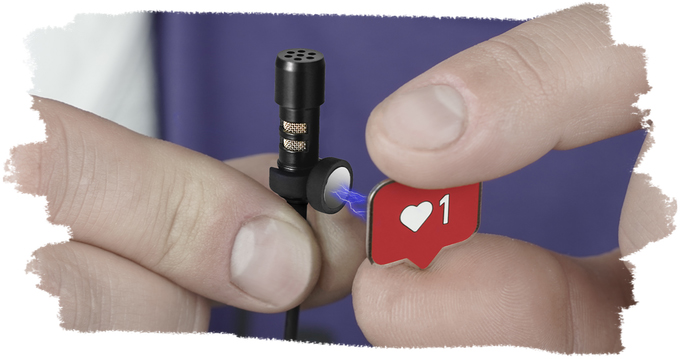 The concept is great and I’m sure that for what it costs the microphone is fairly adequate. But the lack of options for existing microphone owners and the lack of microphone specifications on the Kickstarter campaign page (even ignoring the price) does suggest to me that this probably isn’t going to be a great microphone and it’s being targeted towards the entry-level who are just buying their first lavalier microphone.

For that market, though, it looks like a pretty awesome kit for what seems like a good price. I just wish they’d open up the mount kits to those of us who already own lav mics (and also already have a dozen more they’ll never use). Ahh well. Maybe they will once the system goes retail we’ll see more options for the rest of us.

If you want to find out more about CharisMic and maybe back the campaign yourself, head on over to Kickstarter. Shipping is expected to begin in September.

Canon launch their own range of branded clothes and accessories