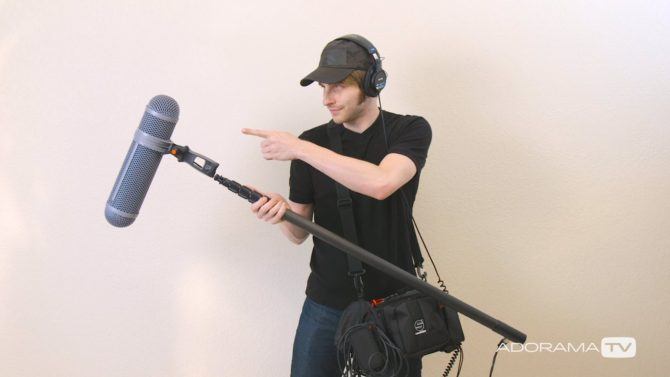 Recording audio off the camera is as vital to filmmakers as getting the flash off the hotshoe is to photographers.  Just as there are different options with off-camera flash, there are also a number of different microphone options when it comes to off-camera audio.

In this video from Adorama TV, David Day walks us through the two main types of microphones used to record sound.  He explains the advantages and disadvantages of each and what types of shooting situations that each is often best suited to.

Boom vs Lav is a debate as old as… well, you know which debate I mean.

Personally, I’m usually in the boom mic camp, preferring to have a dedicated sound guy control the position of the microphone and monitor the sound as it’s being recorded live.  Even for seated interviews, I often choose to go with a pair of shotgun mics, mounted on stands and boomed overhead.  For that I use a Sennheiser K6/ME66 and a Rode NTG1.

I have one friend who’s firmly on the opposite side, choosing to go with lav mics wherever possible, wiring up each person who will be speaking in front of the camera.  He uses the Rode RodeLink Wireless Filmmaker Kits.

Pretty much the only thing we both agree on are the brand of field recorder we use.  I use a Tascam DR-100, and he uses a Tascam DR-70D. 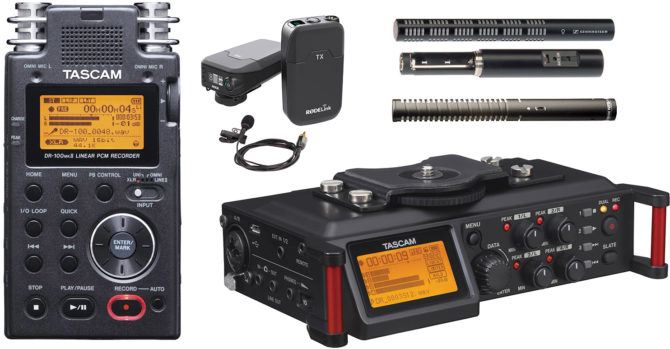 But we both have different needs, and both know that there really is no one-size-fits-all microphone, just as there’s no one-size-fits-all flash for stills photographers (although the Godox AD360II is pretty close for many), and you have to make your decision wisely to get the best quality sound for your video.

Fortunately, when we’re working together, we can have the best of both worlds.  Regardless of which is our preferred method, we can always record simultaneously and have the other as a backup.  Sometimes I’m surprised by the results where I expect one type of microphone to outperform the other and the reverse happens.

If the budget and time allows, there’s nothing to stop you recording both at the same time, and there are many inexpensive options out there for recording good quality audio.

If you’d normally boom a microphone, but would like to have a lav on a budget, you could always go for something like the Rode SmartLav, which plugs straight into the headphone jack on your phone and lets you record using pretty much any audio recording app.

It does give you some of the versatility of a wireless lav, but without the ability to easily monitor the sound as you record if the phone is tucked out of the way into your subject’s pocket.

If you already have a lav or are looking for a relatively inexpensive boom, you could go with something like the Rode VideoMic GO, and just not use it on the camera’s hotshoe.  There are adapter cables available for these, which let you also plug them into your phone for mobile recording.

What do you use for audio when recording your videos?  Do you just go with the in-camera mic?  Cheap mic plugged straight into the camera?  Or something a little more expensive?  Boom vs Lav?  Let us know your thoughts in the comments.