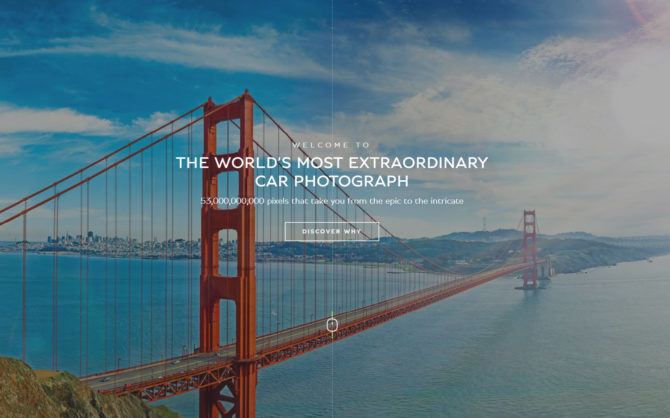 Gigapixel images have taken off like crazy over the last couple of years.  With devices like the Gigapan and similar products becoming so readily available and the massive increase in sensor resolution lately, they’re becoming easier and easier to create.

While typically used to document sporting or political events, or to show off an entire city, this is the first time I’ve seen the technique used in advertising.  Here it’s being used to promote the Bentley Mulsanne EWB.

You can view the whole and play with it over on the Bentley Motors website, but here’s a handy animated gif to save you some time.

Motor1 reports that the image was created using a “special camera”, which looks suspiciously like a Nikon D7200, attached to what appears to be the Nikon AF-S Nikkor 800mm f/5.6E FL ED VR lens.

With the whole rig mounted on a Gigapan Systems Epic Pro and placed approximately 2300 feet away from the vehicle.  According to Bentley’s press release, the final image was built using 700 individual images, which were then stitched together in post. 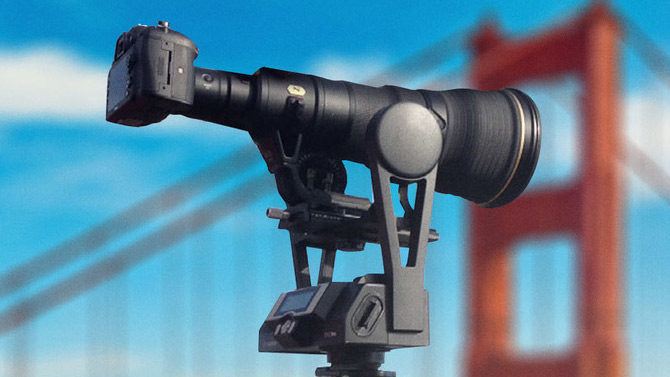 Unless this was some super secret Nikon prototype (even if not the D7200, it’s obviously a Nikon) The numbers just don’t add up for me, though.

Even without any overlap between images at all (which would make lining up the shots near impossible) you’d need 2,200 photographs to make a 53GP image.

If it were created from a mere 700 images, that means the sensor in that camera must be at least 75MP, and that’s before you take the overlap into account to make sure the images all line up properly.

It suggests to me that either somebody miscalculated, or it isn’t really quite what they claim, and that they switched focal lengths as they went tighter and tighter on the shot, knowing that the outside edges would never see a closer inspection as the viewer can’t pan around the image.

But, it’s still impressive, and it’s interesting to see the technique being applied to marketing, although I wish it wasn’t a straight zoom into a single point.  I understand that the whole point is to promote the car, but I want to look around.

Have you played around with stitching big Gigapixel images together?  What equipment and setup do you use?  Show off your work and let us know what you think in the comments.