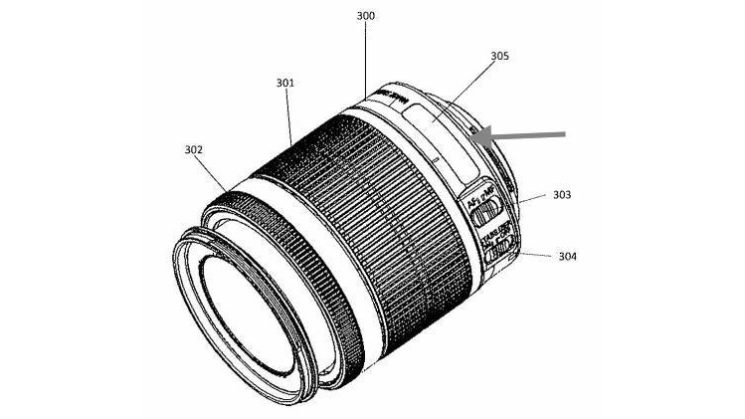 We’ve covered many interesting patents from Canon so far. The one spotted recently reveals that Canon’s 18-55mm f/3.5-5.6 IS kit lens will get a new design and feature a small LCD display like the one on the EF 70-300mm f/4-5.6 IS II USM.

The patent JP2018005130A shows a sketch of the new lens and refers to a “lens information display.” Canon Rumors has a PDF of the patent, it’s in Japanese, but you can see the illustrations at least.

Zeiss was the first to introduce the OLED display on their lenses and Canon soon followed with the 70-300 mm f/4-5.6 lens. The display shows focus distance, focal length, and stabilizer settings.

As for Canon’s line-up, this kind of display is only available on the $450 EF 70-300mm f/4-5.6 IS II USM lens. But considering that 18-55mm kit lenses are more affordable and usually come in a bundle with a camera body, this could make the technology available to the masses. According to Canon Rumors, the Canon’s kit lens with a display will be announced later this year.