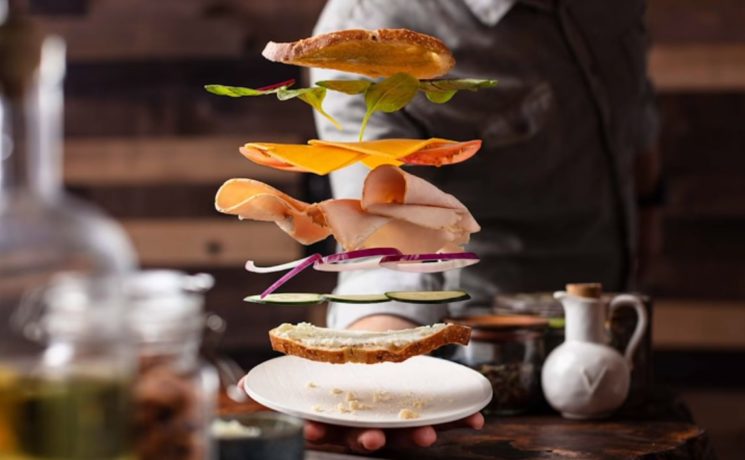 Photos of flying or levitating food can look epic, but they seem intimidating to create. However, it doesn’t have to be difficult. In this video, Skyler Burt of We Eat Together will show you an easy way of creating flying food photos.

To pull this off, Skyler uses two light stands on two sides of the table. He ties pieces of steel wire to the light stands, which is where he will place the food. You don’t have to use wire, fishing line can also be handy.

For his photo, Skyler builds the scene with some props to give the image some context, and then places the action in the middle of the frame. Since he’s shooting a sandwich, he places the bread first. This helps him determine how much space he has in between, and then he adds the rest of the food. 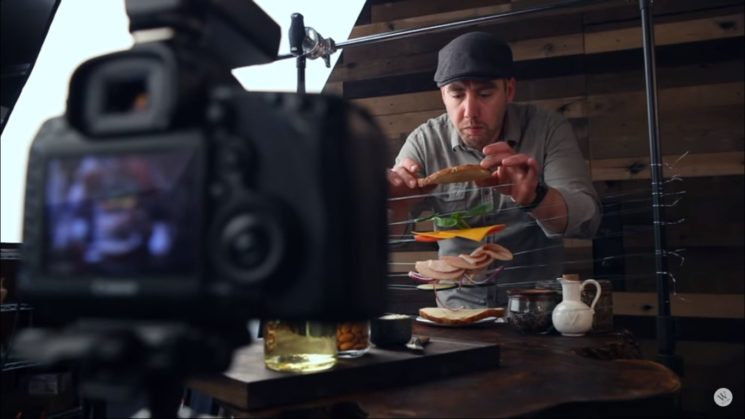 Deconstruct the scene when you’re done shooting “levitating food.” But it’s not the time for post-processing yet. Leave the camera in the same place and take a photo of the entire scene without the food. Skyler took another photo of him holding the plate, too.

Now load the photos into Photoshop and lay them one on top of the other. Create a layer mask and simply erase all the wires on the left and the right side of the photo, revealing the image in the background. A similar technique is used when you photograph levitating people, and there’s a cool Jedi example here. 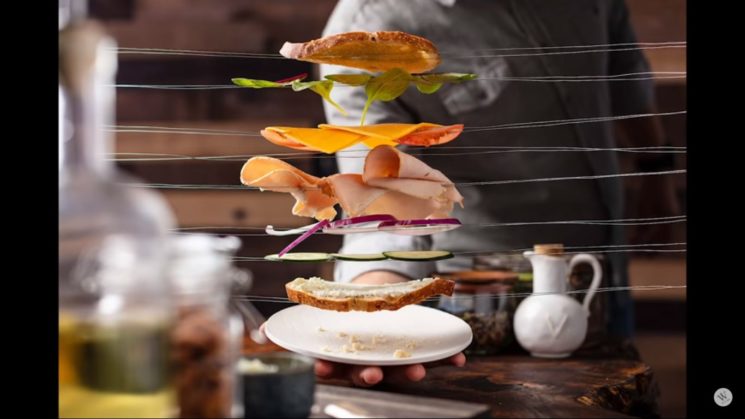 Finally, after roughly removing the wires, use the Clone Stamp Tool and the Patch Tool to work on details and remove the remaining wires on the food. And you’re done! Now you have a cool photo of flying food.

[How To Create Flying Food Photos | We Eat Together]

« The new Loupedeck+ offers console control for Aurora HDR, Capture One and Lightroom
Patent: Canon’s next 18-55mm lens might have an LCD display »