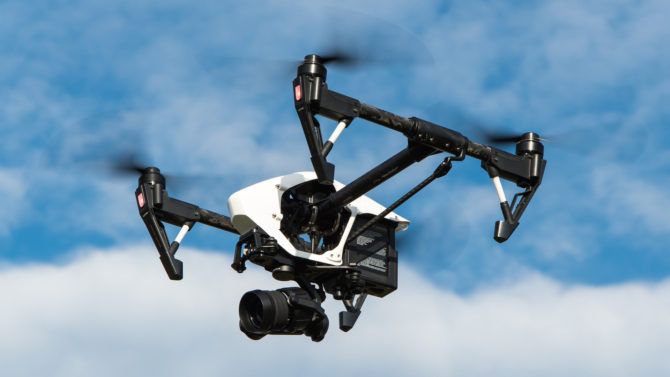 After long drawn out speculation and worry, the FAA have finally confirmed and released the regulations regarding commercial drone use. The short version is that they’re fine with it and being able to do it is relatively easy, as long as you’re over 16 years old.

Posted to the FAA website, the new “107 to Title 14 Code of Federal Regulations” sets the terms for civilian operation of small UAS (Unmanned Aircraft System) devices.

The rules, which apply to all drones under 55lbs being flown for “non-hobbyist purposes”, lay out what you can and can’t do in pretty certain terms.

The rules in brief

There’s a few other rules, too, which you can read in the complete document, but nothing seems particularly outlandish. Many of them are common sense rules that most existing drone operators tend to stick to, anyway.

Generally speaking, the rules are designed to minimise the risk to other aircraft as well as people and property on the ground. It is possible to have the FAA waive some of the conditions for specific instances, if the operator can demonstrate that the proposed flight can be conducted safely.

The last one in the list above is a little open to interpretation. “No careless or reckless operations”. What’s “careless or reckless” to one person, is just a “calculated risk” to another, and one could argue that simply taking a drone off the ground in the first place falls under that category.

Hopefully, the only time we’ll get to see this tested is in the event that something bad happens, and it isn’t abused in order to just shut down drone owners before they even get off the ground.

To become certified to fly a drone commercially, as mentioned above, you need to be over 16 years old. You will also need to hold a ‘remote pilot certificate‘ and go through a TSA security background check.

One thing the new rules don’t deal with is privacy. According to a press release issued by the FAA on Tuesday…

Although the new rule does not specifically deal with privacy issues in the use of drones, and the FAA does not regulate how UAS gather data on people or property, the FAA is acting to address privacy considerations in this area. The FAA strongly encourages all UAS pilots to check local and state laws before gathering information through remote sensing technology or photography.

As part of a privacy education campaign, the agency will provide all drone users with recommended privacy guidelines as part of the UAS registration process and through the FAA’s B4UFly mobile app. The FAA also will educate all commercial drone pilots on privacy during their pilot certification process; and will issue new guidance to local and state governments on drone privacy issues.

The FAA’s effort builds on the privacy “best practices” (PDF) the National Telecommunications and Information Administration published last month as the result of a year-long outreach initiative with privacy advocates and industry.

It’s not surprising that they don’t really want to get too heavily involved in the privacy issues, as it’s not really part of their mandate and it can be an extremely complex and subjective area to get into.

So, good news, overall. It seems to be fairly well thought out, and easy enough to obtain for anybody serious about flying drones commercially. The rules and requirements should certainly help to stop less experienced or less scrupulous drone owners from making the situation worse.

Do you fly a drone as a hobbyist or commercially?  Had you planned to start?  Has this helped you decide to do it, or put you off?  Let us know your thoughts in the comments.