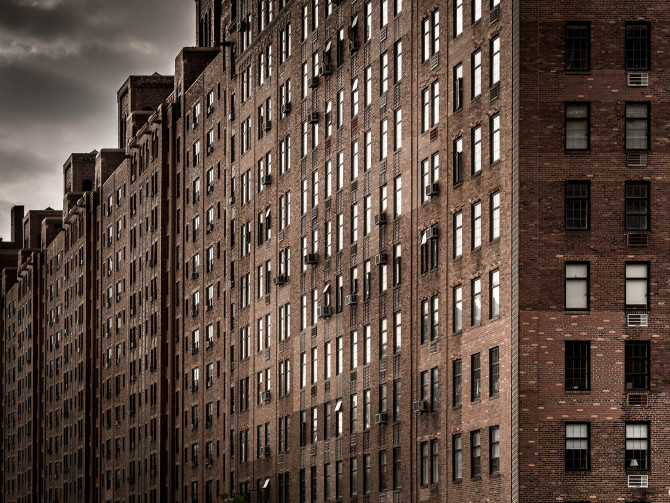 Many of you may remember Arne Svenson, the New York artist who photographed his neighbors in their homes using a telephoto lens and used them in an exhibition.

Svenson began the project after watching Alfred Hitchcocks’ “Rear Window” and being advised by a lawyer that the presumption of privacy is minimal in such a jam-packed city.

The “Neighbors” exhibition was obviously very controversial and led to some of the subjects suing Svenson, though the NY Country Supreme Court dismissed the case in 2013.

A Manhattan appeals court agreed with the previous court ruling, citing the photographer was in the clear due to a law from 1902, and urged legislators to consider a reform to the privacy laws.

The plaintiffs had agreed that Svenson’s photos are art, but that their right to privacy was violated nonetheless. According to the appeals court, however, if its art it isn’t against the law.

New York’s laws regarding the need to obtain consent in order to use a person’s photo for trade or advertising purposes includes an exception for the media in cases of newsworthy events and matters of public interest.

Justice Dianne Renwick of the appeals court explained the decision:

“In this case, we are constrained to concur with the views expressed in Altbach, Hoepker, and Nussenzweig’s concurrence: works of art fall outside the prohibitions of the privacy statute under the newsworthy and public concerns exemption.

As indicated, under this exemption, the press is given broad leeway. This is because the informational value of the ideas conveyed by the art work is seen as a matter of public interest. We recognize that the public, as a whole, has an equally strong interest in the dissemination of images, aesthetic values and symbols contained in the art work. In our view, artistic expression in the form of art work must therefore be given the same leeway extended to the press under the newsworthy and public concern exemption to the statutory tort of invasion of privacy”.

The plaintiffs, including parents whose children were photographed, were not only enraged about being photographed in their homes, but also that the photos were displayed in New York and Los Angeles galleries. Some of the photos were even sold for as much as $10,000.

The photography community has been under attack recently with ridiculous bills such as the Texas bill banning police photography from within 25-feet or the Arkansas bill that would require photographers to have every person in the photo sign a model release, but this case seems equally absurd.

Turns out Justice Renwick is not a fan of Svenson’s approach, but New York privacy statute was set in 1902 leading to the law being on the photographer’s side:

“In short, by publishing plaintiffs’ photos as a work of art without further action toward plaintiffs, defendant’s conduct, however disturbing it may be, cannot properly, under the current state of the law, be deemed so “outrageous” that it went beyond decency and the protections of Civil Rights Law sections 50 and 51.

To be sure, by our holding here — finding no viable cause of action for violation of the statutory right to privacy under these facts — we do not, in any way, mean to give short shrift to plaintiffs’ concerns.

Undoubtedly, like plaintiffs, many people would be rightfully offended by the intrusive manner in which the photographs were taken in this case. However, such complaints are best addressed to the Legislature —- the body empowered to remedy such inequities. Needless to say, as illustrated by the troubling facts here, in these times of heightened threats to privacy posed by new and ever more invasive technologies, we call upon the Legislature to revisit this important issue, as we are constrained to apply the law as it exists”.

Where would you draw the line between the public’s concern, an artist’s rights and a person’s right to privacy?