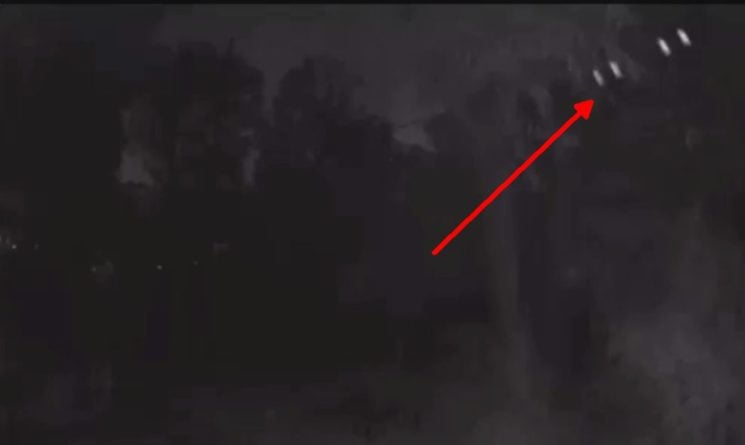 Drones have been accused of spying more than once so far, and some of those accusations even grew international. In a recent case from Brentwood, Missouri, a woman got quite panicked about a drone spying on her in the middle of the night. She informed the entire neighborhood and the local TV station, saying that her surveillance camera caught the lights of the peeping drone. But to some people, it appears that the “drone lights” are nothing but – a spider web blowing in the wind.

The woman whose identity remains unknown told KMOV that her newly installed surveillance camera caught the drone hovering in her backyard. She called it “a disgusting invasion of privacy” and took steps against it. She wrote a letter and went door-to-door around the neighborhood, telling her neighbors to be aware of the spying drone. She spoke to a reporter from News 4 and said that she also plans to file a complaint with the FAA. Even the Brentwood police got involved, and they’re currently investigating the case. However, the officers can’t say whether any laws have been broken.

When the story wast published, KMOV tweeted it and reactions from Twitter users started to emerge. Many of them claim that what woman got so panicky about isn’t a drone at all. Most of them point to the fact that drones don’t fly this way and that it must be a reflection.

thats not a drone lol

Thats not a drone.. For a drone to hover, it has to be more or less level, and not at the angle shown… Plus the sound of a drone at 4am would be enough to wake the dead..

Users of the MavicPilots.com forum are also pretty sure that this can’t be a drone. A member lisadoc explains that this must be a single thread of a spider web:

“I’ll tell you precisely what it is. It is an IR image of a spider web (a single thread) that is blowing in the wind across the frame of the camera lens. I’ve seen it hundreds of times before and recognized it immediately. It is why it moves at that angle, “hovers” across the camera frame several times, and only appeared at 4 AM. The “lights” are simply drops of condensation (or globules produced by thickening of the spider thread) viewed by the lens at a relatively close distance.”

This user also provided an example so others can see what a spider web looks like on CCTV camera:

Personally, I think that the woman went way overboard in notifying all her neighbors and a TV station about the “spying drone” (but hey, at least she didn’t pull out a gun and try to shoot it). My first thought is always “why would anyone spy on you, with a drone or however else?” And even if they would, I’m pretty sure you’d hear the annoying buzzing of the drone in the middle of the night. I know it would wake me up. And of course, the angle at which “the lights” are positioned sure doesn’t look like a drone hovering.

But that’s just my two cents. What do you guys think? Is it a drone? Is it a spider web? Or is it something else?

Beware: Your kid’s smartwatch could be spying on them through its camera