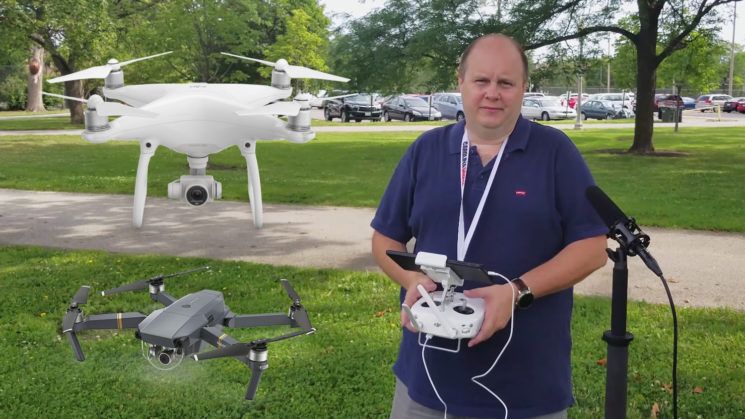 Privacy is a big deal these days. Whether it’s online or in the real world. And one of the biggest things people seem to be shouting about in the real world lately is drones. Many people are just absolutely paranoid about them. To the point where they’re shooting them out of the sky.

But here’s commercial drone pilot, Brad Simon of Diamond Aerial with a reality check for you. Drones, for the most part, are definitely not spying on you. And he gives five solid reasons explaining why.

The battery life is far too short for any kind of serious spying. With most commercial drones, you’re going to be looking at 20-30 minutes, of flight time at the very maximum. DJI say the Phantom 4 Pro has a maximum flight time of 30 minutes. With the DJI Mavic Pro, it’s 27 minutes. And these are under ideal conditions. Ideal conditions that rarely happen in the real world.

You’re increasing engine use every time you move the drone, draining the battery sooner. If it takes you five minutes to get from where you are to the subject you’re “spying” on, that means it takes another five minutes to bring it back to you. So there’s a third or more of your battery gone already. And nobody’s going to fly it for the full duration of the battery, because they don’t want risk it hitting zero before landing safely.

Sure, they could have a spare battery or two, but at a ridiculous $139 each for Phantom 4 batteries, the majority aren’t going to make that investment.

It’s not the right type of camera

In order to do the kind of spying most people assume, you need a long telephoto lens. Sure, with a tiny sensor comes a smaller lens to get the same field of view, but most commercial drones just don’t have them. People buy these drones to create wide angle views of the environment. Not close up detail shots.

The Phantom 4 has the best consumer drone camera in the market right now. And he demonstrates exactly what it can see at different distances that many would deem to be rather close. At 100ft, you’re going to hear a drone buzzing around. But as far as the drone seeing you, you’re barely more than a handful of pixels. 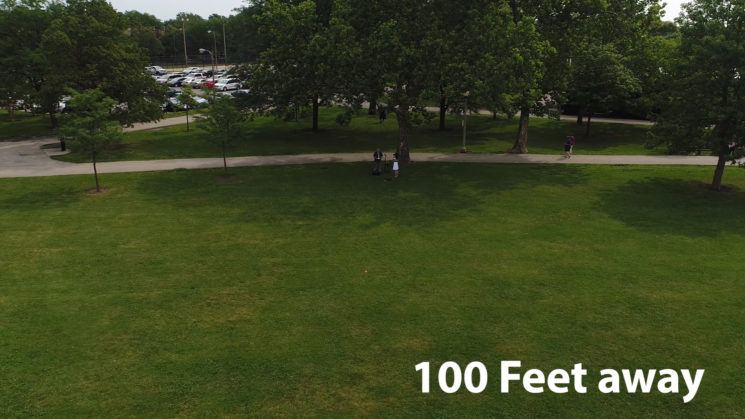 Even at 50ft away, with such a wide angle lens, it’s not exactly picking up a whole lot of personal detail. 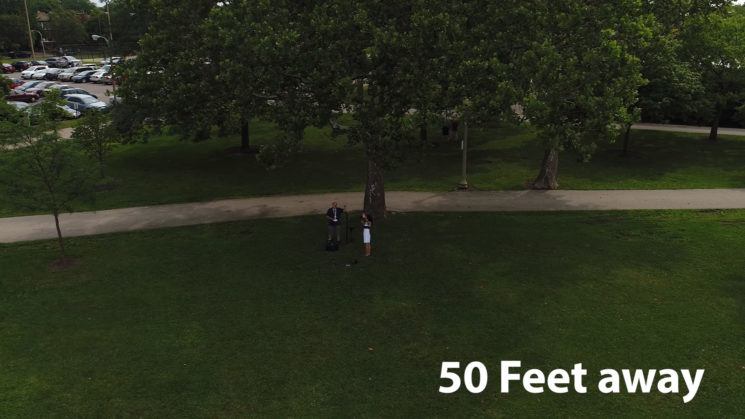 Even at 25ft away, a person is only filling a tiny portion of the shot, and at this distance, the drone is noticeably loud. 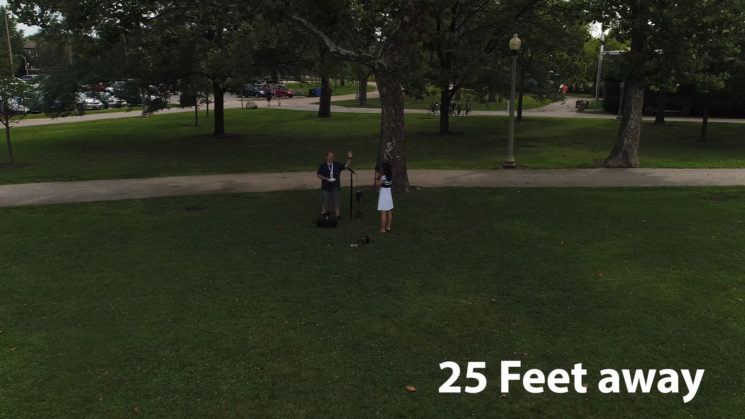 Are there drones which have telephoto lenses? Absolutely. But these cost thousands of dollars. The people buying these kinds of drones have much better things to do. Nobody’s going to spend that kind of money on a drone to spy on somebody. Those kinds of drones aren’t exactly small, either, so they’d probably be spotted, even at a distance.

As seen in the previous example, they’re just too loud. At 25ft, you can even hear the microphone picking it up in the video. And that’s a directional shotgun microphone, designed to cut noise not coming from directly in front of it. Not exactly subtle for spying, and you’re certainly not going to be able to sneak up on anybody. In person, you’d be able to hear it even at 100ft. I know I can hear mine 100ft away.

We have better things to do

Brad is a licensed commercial pilot. He has much better things to do than to be spying on you. Commercial drone pilots are too busy working on their skills, testing technique, or shooting for clients. And if you’re not paying them, they’re certainly not going to waste their time filming you.

The same goes for hobbyists, as well. People aren’t going out to spend $1,000+ on a Phantom for the fun of it to just go spy on people.

You’re just not that interesting

This goes hand in hand with the previous one. You’re just not interesting enough to film. Sure, there’s the occasional interesting event caught on drone, but those are down to random luck. You and your daily life just isn’t that interesting. Certainly not enough that somebody’s going to follow you around with a drone all day.

We all like to believe we’re the special little snowflakes are mothers always told us we were when we were five. But in the real world, we’re just not.

If you want to check out Brad’s other drone tip videos, be sure to head over to his YouTube channel.

« This is what happens when you move while taking a panorama selfie: two heads
Tunisair Stole My Cameras »