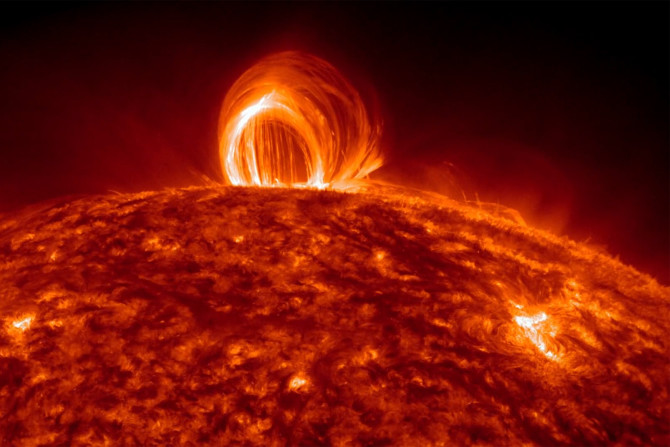 NASA’s Solar Dynamics Observatory spacecraft has been observing the sun since 2010 with the goal of understanding its influence on the Earth and near-Earth space.

This joins a previous video he created using time lapse sequences taken by the crew of the International Space Station which reached over 10 million views and was a 2012 Lyrical Vimeo Awards Finalist.

For those interested in a bit of tech specs, Michael shared the following over on Vimeo:

“This montage features excerpts of 4K full-disk pictures in extreme ultraviolet channels,
mainly using wavelengths of 30.4 nm (50,000 Kelvin) partially in combination with 17.1 nm (6.3×105 Kelvin), and offers a glance at spicules, solar flares, filaments and an overview of the sun’s atmosphere.

The footage was captured by the Atmospheric Imaging Assembly (AIA) maintained by the Joint Science Operations Center (Lockheed Martin Solar and Astrophysics Laboratory in collaboration with Stanford University)”.

According to the SDO mission page the AIA takes images of the sun in 10 wavelengths every 10 seconds, providing ample of data to work with.

For those interested, Michael listed the scenes (in order of appearance) stating what is being shown and when each scene was taken:

Three years ago Michael uploaded a time lapse video called Earth, which he created using time lapse footage captured by expeditions 28 and 29 of the ISS in August-October 2011.

Michael said he refurbished, smoothed, retimed, denoised, deflickered and cut the original footage in order to reach the final video.

You may recall another video we recently shared captured by the SDO which showed massive solar flares.

This incredible time-lapse took 5.5 years and 42 unique locations to make