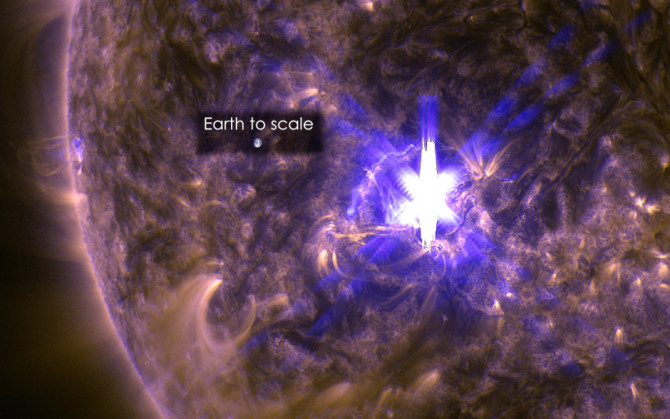 The X-class solar flare was directed at Earth, and while the Earth’s atmosphere protects us from the harmful radiation, it caused a strong radio blackout. More importantly for us photographers, though, such massive radiation bursts may lead to spectacular displays of the Northern Lights.

The giant solar flare originated from a sunspot referred to as Active Region 12297 (AR12297) which is monitored closely by the SDO.

The sunspot has been active for several days prior to this massive eruption, resulting in a few weak (C-class) and medium-strength (M-class) sun flares, but it was the X-class eruption on Wednesday that caused scientists with the U.S. Space Weather Prediction Center in Boulder Colorado to report a one hour blackout in HF radio communications .

Hopefully this ridiculously powerful radiation burst will also lead to amplified Northern Lights over the next few days. 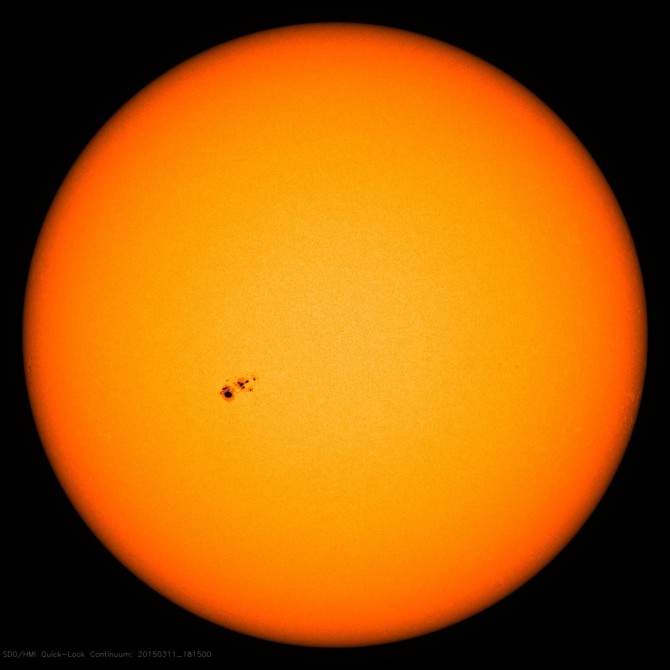 While we’re discussing the sun, this is a good opportunity to remind you that in one week from today (March 20) there will be a total solar eclipse, as we’ve mentioned in the past.

While only viewers in the Faroe Islands area will enjoy the eclipse in all its glory, the UK and and other regions are also in store for an incredible show.

« Photoshop Masters Fumble Around Version 1.0
How to Approach A Talent To Place a Lav Mic On Their Shirt Like A Pro »