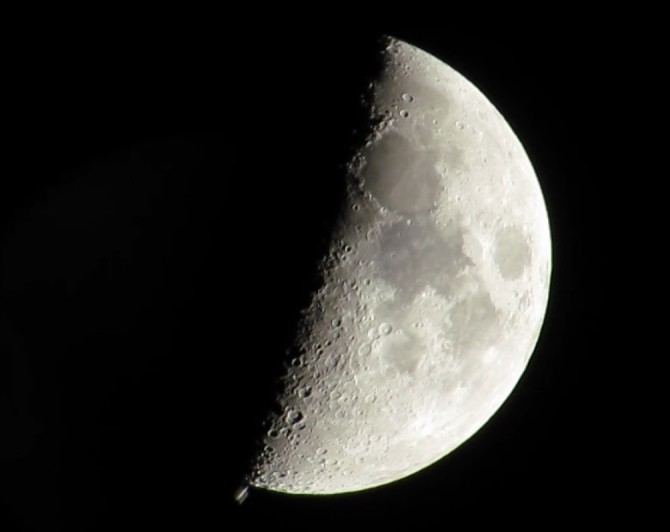 The ISS crossing the moon. Eidelheit extracted this frame from the video he shot.

How high must your shutter speed be in order to photograph an object traveling at 17,500 mph while crossing another object moving at 2,288 mph? Not very high actually, when the nearest of the two objects is over 200 miles away and the other is over 225,000 miles away. However, you must be prepared well in advance and ready for the action as you will have less than one second to get your shot!

Gadi Eidelheit of Venus Transit did just this when he captured some rather rare footage of the International Space Station crossing in front of the moon.

I spoke with Eidelheit earlier today to find out more about this shoot and what astrophotographers can expect in the near future.

As stated, preparation is key for such a shoot. The first step is to find a near-moon crossing of the ISS. You can get email notifications from Calsky, but as Eidelheit rightfully mentions, its interface is not very user-friendly. Once he was aware of the close crossing, a location-specific sky map from Heavens-Above was used to locate the station’s projected path. 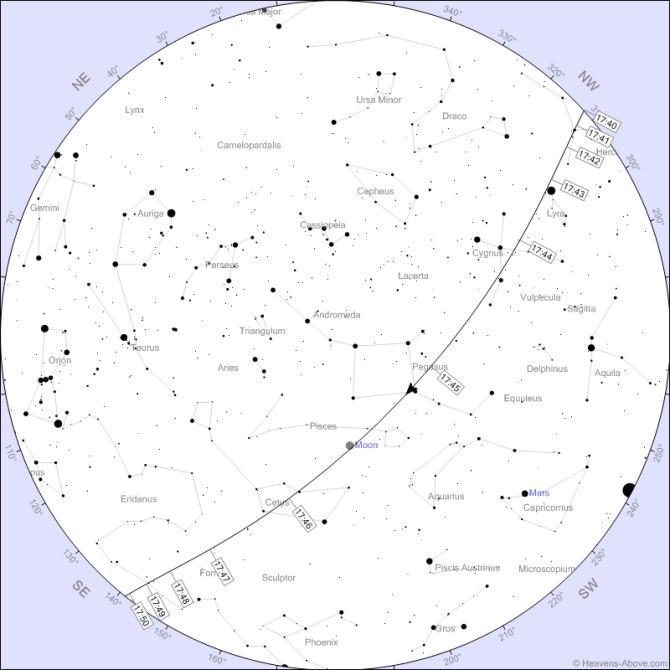 Looks like the ISS will cross in front of the moon, but don’t trust this map.

Eidelheit stresses that while such a map is accurate enough when photographing the ISS crossing a constellation, you need to view an enlarged map for moon crossings. As the detailed map below shows, when viewed from his home, the ISS was going to pass near the moon but not actually cross it. Several locations were tried before the photographer found a location from which an actual crossing would be seen. As he started off with a near-crossing, Eidelheit had to travel merely 4 miles from his home. Not too bad for such an awesome opportunity! 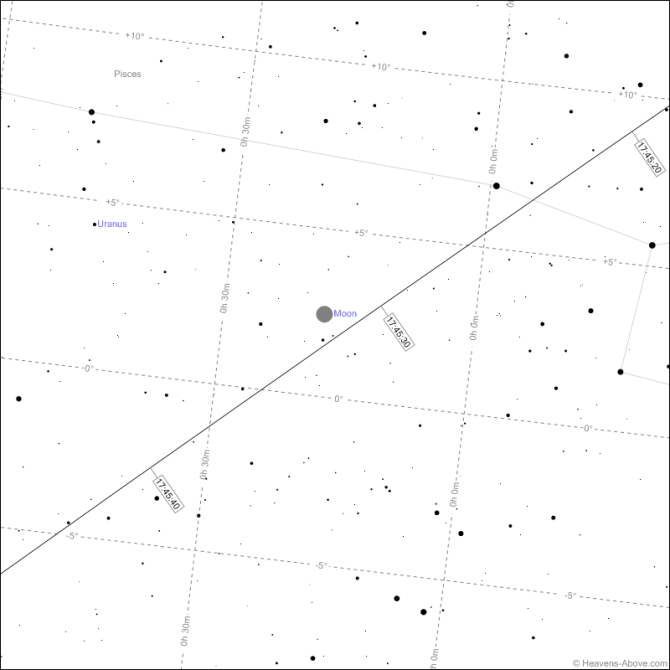 An enlarged map clearly shows that Eidelheit would not be able to see a crossing from his location. A four mile drive solved the problem.

Make sure you get to the chosen location early, as you will need time to setup and prepare. You can’t afford to be late or you will miss you chance. It took Eidelheit 20 minutes to setup his equipment, find the projected path and double check everything – and he is an experienced astrophotographer.

The following equipment was used:

Eidelheit ended our chat stating that astrophotographers are in for a couple of treats in the near future, though not as accessible as photographing the ISS. The first is a total solar eclipse that will take place on March 20, 2015 and will be seen from the Faroe Islands. Another great sight will be the conjunction of Jupiter and Venus on June 30 – July 1, 2015.

You can find out more information about tracking the ISS, and other satellites, in Eidelheit’s How to see the ISS article.

If you’d like to see how Earth is seen from aboard the ISS, make sure to watch this incredible 4K timelapse taken by astronaut Alexander Gerstof the European Space Agency.

The International Space Station orbits our planet approximately 16 times a day and can be seen from anywhere on Earth, so what are you waiting for? Go photograph it and share your photos with us!