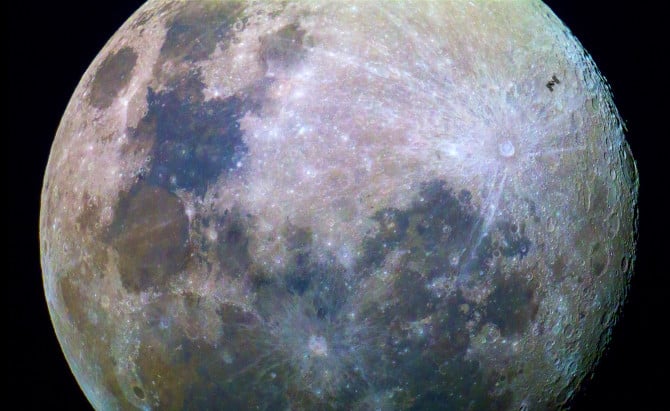 Moving at 27,600 km/h the International Space Station orbits Earth every 90 minutes or so, making it relatively easy to spot the spacecraft.

In the case of Australian amateur photographer Dylan O’Donnell he had to wait 12 months to finally get a 0.33 second long window to capture this image. Obviously he nailed it.

“I was super happy to catch the silhouette of the ISS over the disc of the moon last night!” Dylan wrote on his blog, before going on to share how it was achieved:

“The CalSky website sends me alerts for potential fly overs for which I’ve been waiting a long time – about 12 months. I got one this week and this was adjusted by 15 seconds by the time of the “occultation”.

If you think that it might be a case of sitting there with your camera and a clock, with one hand on the shutter release, you’d be absolutely correct! The ISS only passed over the moon for 0.33 seconds as it shoots by quite quickly. Knowing the second it would pass I fired a “burst” mode of exposures then crossed my fingers and hoped it would show up in review – and it did!”

Dylan’s setup consisted of a Canon 70D attached to the rear cell of his Celestron 9.25″ telescope giving him a 2300mm focal length at f/10. A shutter speed of 1/1650th of a second was used to render a sharp image of the ISS and ISO 800 completed the exposure triangle.

In case you’re wondering how Dylan managed to capture so much light, colors and details in this image, here’s the explanation:

“I took about a second of further exposures on either side of the pass to stack the lunar surface detail using AutoStakkert2, and the increased the saturation in post to create this colour enhanced version of the moon. The colours on the moon relate to the chemical composition of moon geology”.

A close up of the ISS was also included, and in the spirit of sharing Dylan made his photo Public Domain (as are many of his other photos). 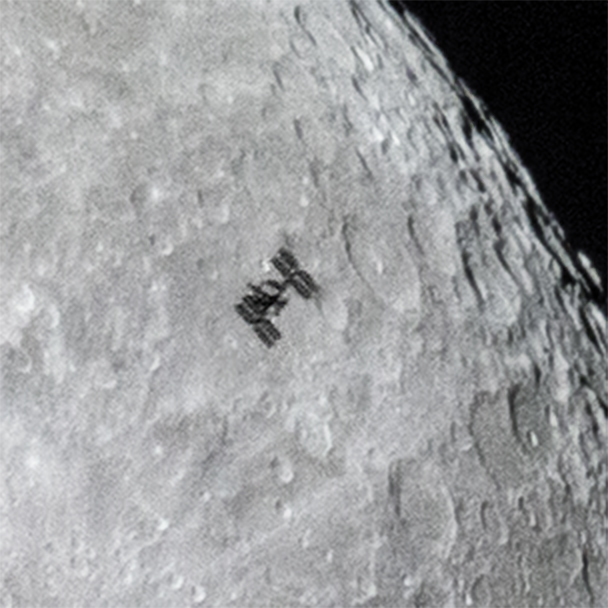 The modules and solar arrays are seen pretty clearly

Six months ago another photo of the ISS crossing the moon was making its rounds on the internet, but Dylan has definitely raised the bar with this photo.

« California Paddleboarders Follow Great White Sharks to Get a Selfie
DIY: How To Build A Portable V-Flat With Customized Catchlights »