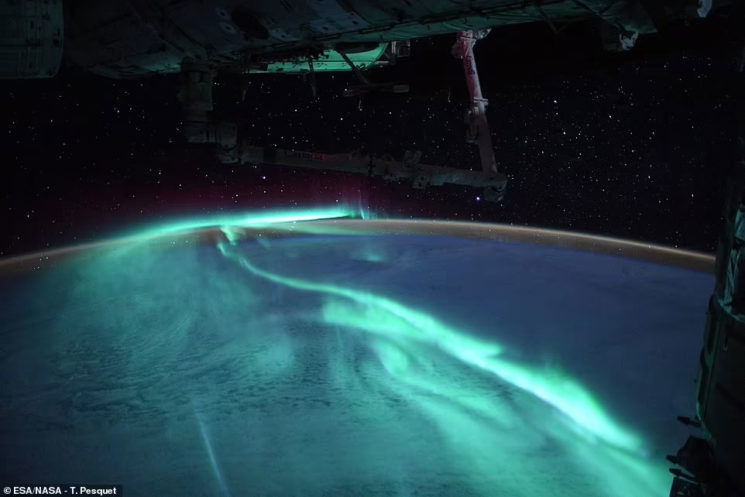 Usually, when it comes to bright lights in the night sky, all we hear about from photographers is “Aurora Borealis!”, also known as the Northern Lights. But there are also the Southern Lights, which goes by the name Aurora Australis. They’re much less photographed because most photographers live in the northern hemisphere and they’re generally much easier to see. But from the ISS, there are great views of both.

French astronaut and aerospace engineer Thomas Pesquet managed to grab these images from aboard the International Space Station that shows a breathtaking sight. And it seems to be a somewhat rare event that shows the normally green Southern Lights with red & purple fringes turn more towards blue. 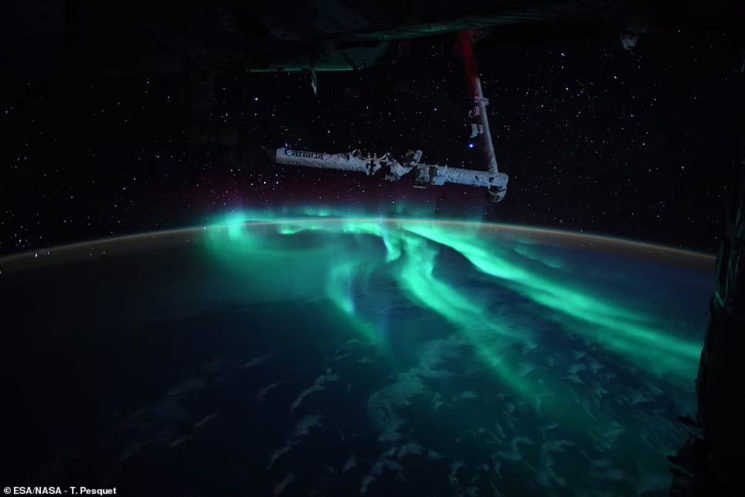 This isn’t Pesquet’s first mission aboard the ISS, having previously been launched into space in November 2016 for a six month stint aboard the orbiting research lab. The activity in the sky above the Earth’s surface, however, seems to be much more active this time around, writing “I don’t know why we saw so many in the span of a few days, when I barely saw one during my entire first mission, but these last ones came with something extra.” 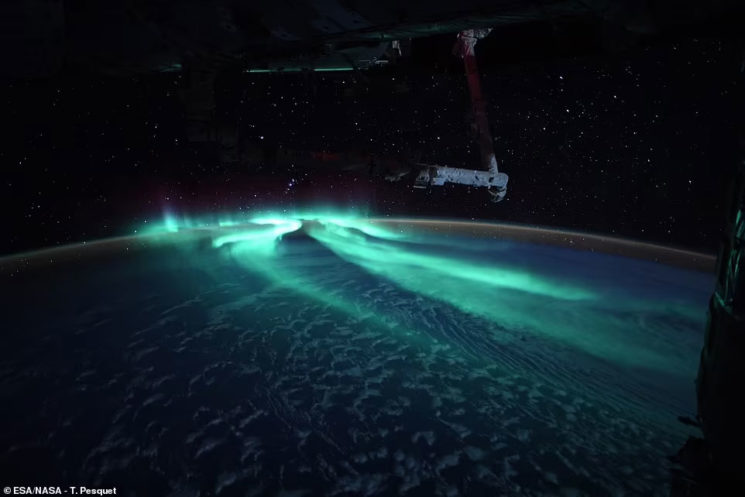 The blue hue of Aurora Australis is quite rare and only happens under specific conditions. One of seven astronauts currently aboard the ISS, Pesquet explains that “the moon was high and very bright. It lit the clouds creating a very special atmosphere… and it made this aurora polar… almost blue”. 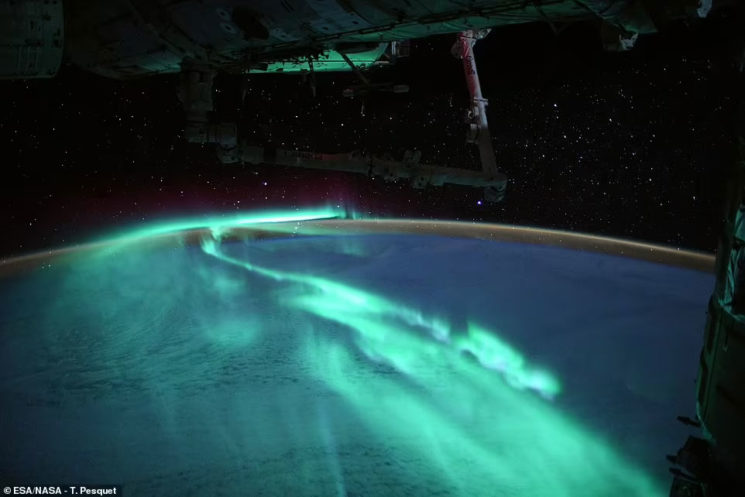 On Earth, Aurora Australis is visible from the most southern of landmasses, including Tasmania, New Zealand and Antarctica. The remote locations from which it can be easily seen is what makes it a less commonly photographed event than the more popular Aurora Borealis, which can be seen from much of Alaska, Canada, Iceland, Greenland, Norway, Sweden and Finland. We even see it occasionally from here in Scotland. 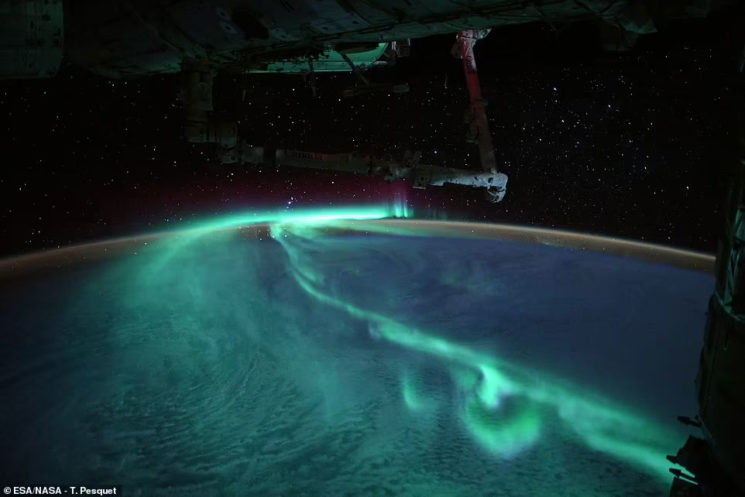 Both the Southern and Northern Lights are caused by geomagnetic storms, but science is still yet to fully determine all of the factors that cause them to appear in each of their various forms. Photographs of either Aurora from the International Space Station are always stunning, though, offering a view that would be simply impossible to see from Earth.