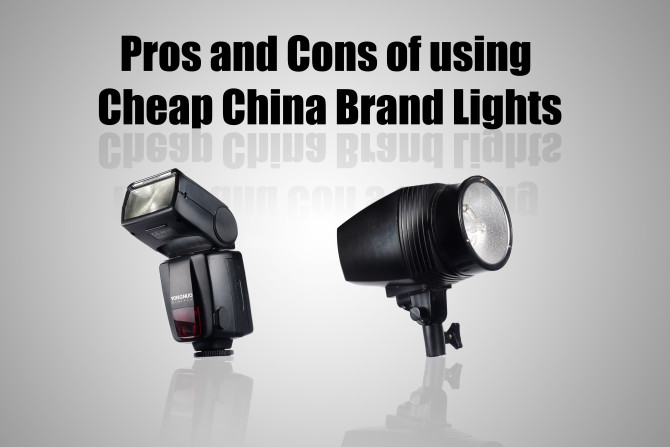 My first ever off-camera flash was a Nikon sb-24 speedlight (1988), which I got. After a while I bought my first ever Nikon speedlight an sb-600 (it was around $250 back then). I was very happy with it until I wanted to get a studio strobe. There weren’t many choices to pick from here in the Philippines; it’s either you get one that cost around $300 per strobe or you can buy a “kit” with 3 off brand studio lights, light stands and softboxes for around $220. I got the latter.

CHEAP doesn’t always mean bad, I have used these lights for more than 6 years now, and I want to share with you the pros and cons of using cheap off brand lights.

1. You know the saying: Light is Light; similarly a flash is a flash whatever brand it is; it will still pop a flash in the end, which gives out light.

2. They may be cheap but it does not mean they are use and throw. My first ever studio strobe lasted for over 3 years before it broke. I never had to change the flash tube, but the modeling light (peanut bulb) burned down often. Luckily, you can buy a normal peanut bulb strobe (with a lower wattage) for less than $3.

3. They come with a cheaper eco-system. A lot of the times cheaper strobes will utilize cheaper modifiers, when a branded modifier can set you back a few hundred Dollars, a 3rd party modifier is often only a few dozens. 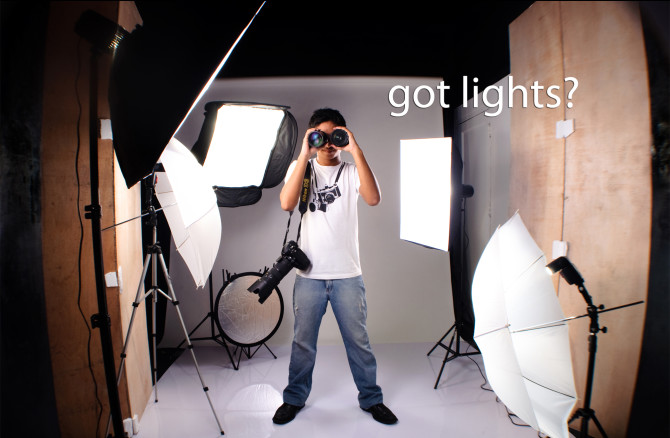 A mix of cheap studio lights and Nikon Speedlights

On the flip side, they are cheap enough to feel almost disposable; so you wouldn’t feel that bad if one of those strobes breaks.

Best used for your personal home studio to practice with, see below why you don’t want to take them on a paying gig. 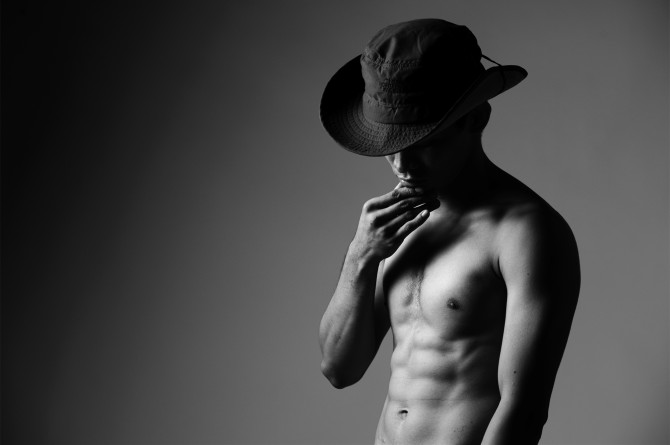 One studio strobe thru softbox left of the subject

Did we mention cheaper? You can buy more strobes for the price of one branded light

Many of the cheap strobes will still have a built in optical slave mode, which is very useful for off-camera use. Less useful when you are not the only photographer, say at a wedding where every aunt and uncle will be popping their micro 4/3 flashes triggering your strobes leaving them unrecycled when you need them most. 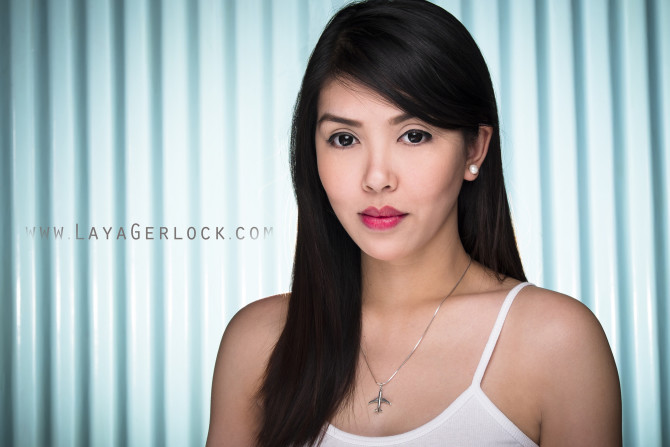 Cheap studio strobe above the model (the girlfriend) as the mainlight and back of the model as background light.

Most cons has to do with technology being behind, which kinda makes sense. It is hard to sell cheap AND keep and a good R&D department. So there are impacts:

Recycle time is slow. If you are doing still life this is not an issue, but for live action / model work this can be disturbing.

Off branded strobes are not as reliable as branded ones, so they are hard to use in a professional environment, they sometimes misfire and you want top notch performance when delivering to paying clients. 3rd party strobes will misfires significantly more than good branded strobes. 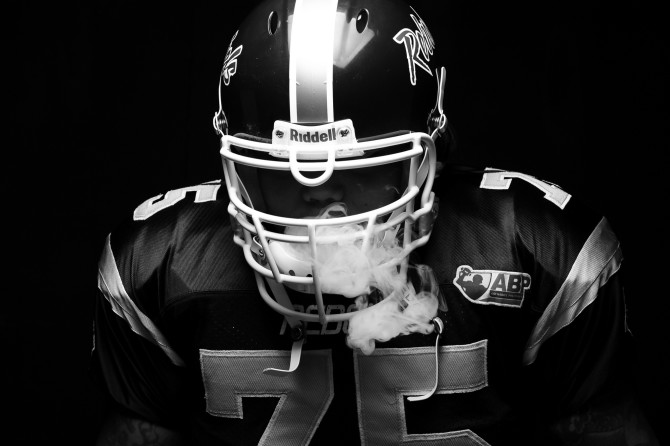 Studio strobe above the subject

Off branded strobes are likely to overheat if not ventilated properly, you need to slow down when shooting when using cheap lights, you can’t shoot in continuous mode or else it will probably overheat. If I need shoot continuous I give it a rest for about a minute before each burst. This workflow can be very destructing for a model. 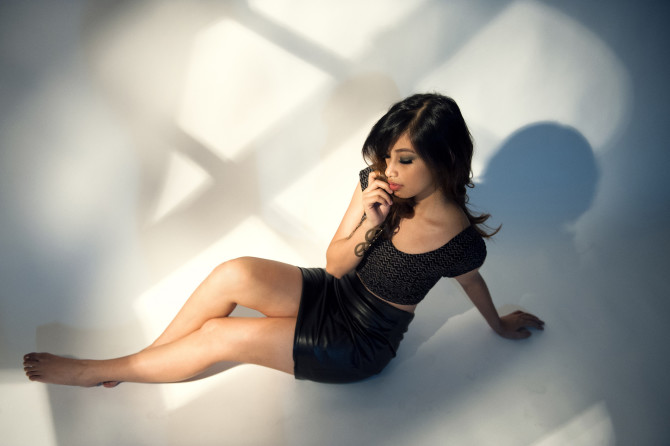 Using the modeling light of the studio strobe

The build quality is quite cheap, one drop and it MIGHT break. Two drops… well, let’s just say that you’d better hire assistants that NEVER drop gear.

If you are doing work where color reproduction is important, you must be aware of the fact that color temperature of the flash might have some color cast. The temperature is not even consistent between two strobes from the same brand. Cheap comes at a price of lesser quality control. 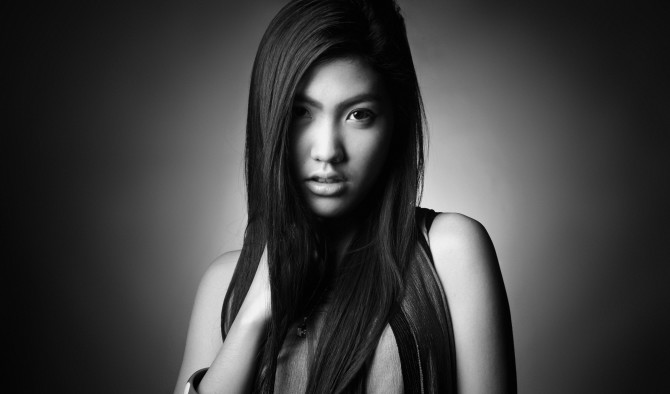 You get what you pay for, that usually means only standard features. You buy a cheap studio strobe and you only get a basic studio strobe, a modeling light (sometimes), and a slave function. Forget about extra features like TTL, Stroboscopic mode, Auto dumping, short flash duration and fine tuned controls. (Horses for courses, of course, sometimes this is all that you need) 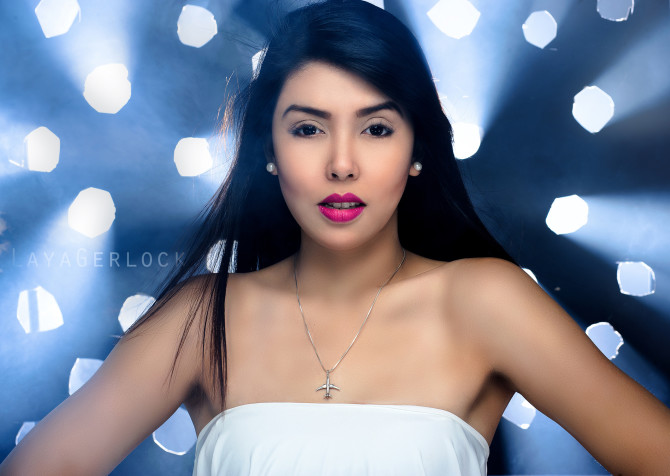 So, should you buy one or not? If you are just starting photography and you want a studio strobe to practice at home, I would definitely recommend getting one. 90% of my photos are done using a cheap studio strobe. And until now I still use my cheap lights for practicing photography inside my home studio.  For commercial or big clients, it is worth it to buy a branded and trusted studio light.

As a footnote, I wanna talk a bit about speedlights, the picture is different there…. If you do a lot of off-camera speedlight use, you should definitely consider a cheap speedlight. You can probably buy 3-6 speedlight for a price of one branded one. And the quality is getting better every day. Many photographers now swear by their cheap Yongnuo strobes. I always tell my students to invest in one or two branded speedlight for on-camera use (TTL) and just buy cheap speedlights for off-camera use.

« Sony Gave An Octopus At A New Zealand Aquarium A Camera; Trains It To Photograph Tourists
Watch This Time Lapse Montage of the Sun’s Atmosphere Captured over Four Years »