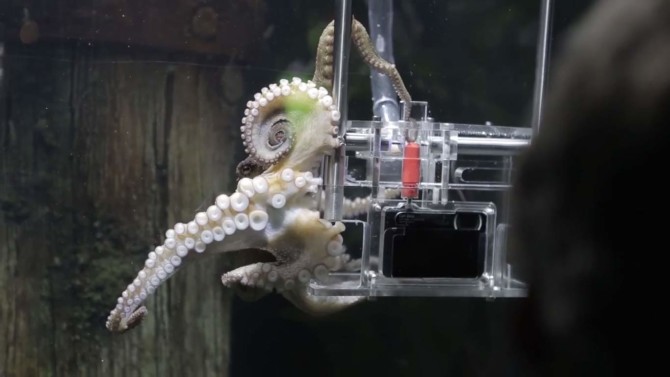 Rambo firing the red shutter release with a tentacle.

Octopuses are pretty wondrous animals with all those legs and insanely astute critical thinking skills. It’s actually not surprising at all an animal trainer working at Kelly Tarlton’s Sea Life Aquarium in New Zealand, was able to train an octopus to take photos. In fact, it only took “Rambo” the octopus three attempts to understand how the process works.

Now, Rambo charges a cool $2 for a visitor to her tank to sit for a portrait taken by the octographer. The small donation goes directly to the aquarium to help offset expenses. But, if you’re looking to have Rambo take your photo, be sure to check her hours first, as the aquarium says she’s on a light work schedule.

“When we first tried to get her to take a photo, it only took three attempts for her to understand the process. That’s faster than a dog. Actually it’s faster than a human in some instances.” Mark Vette, trainer

In front of her tank, there’s a backdrop where visitors can pose for their photos. It appears these children on a school trip to the aquarium thoroughly enjoyed the experience. 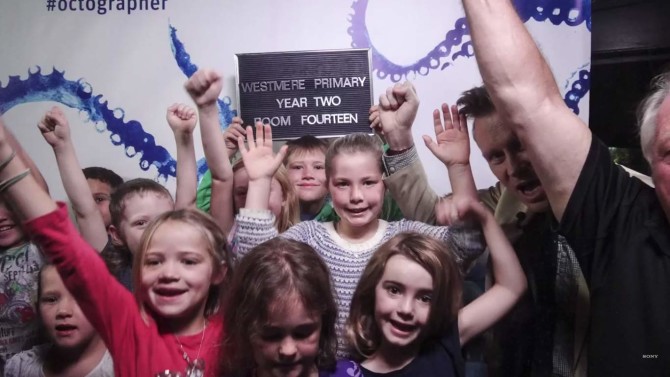 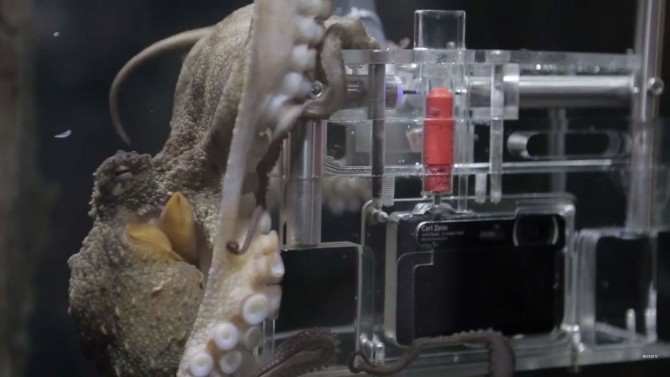 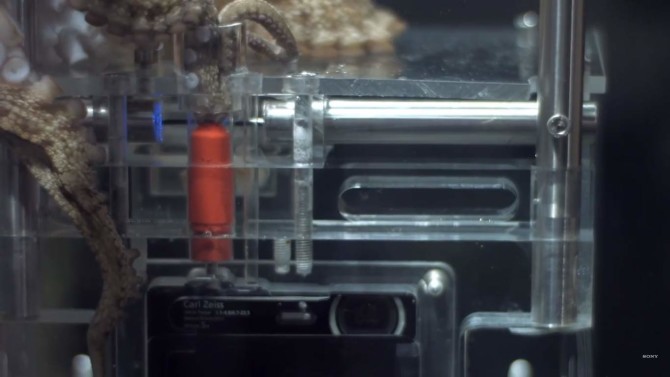 The camera, a Sony DSC-TX30, was secured into a custom made housing to mount onto Rambo’s tank. The campaign was sponsored by Sony to help show how durable their camera is and to raise awareness of octopuses high level of intelligence.

Sunday Poll: If The Photo-Fairy Gave You $1500 What Camera Gear Would You Buy?