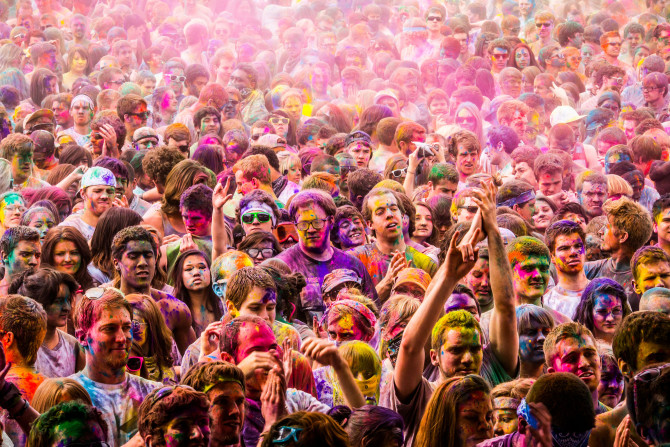 The next case in a seemingly never ending list of bills aimed at limiting photographers’ rights is SB-79 which was passed by the Arkansas Senate on Tuesday.

The bill aims to “Enact the Personal Rights Protection Act: and to Protect the Property Rights of an Individual to the Use of the Individual’s Name, Voice, Signature, and Likeness”, and according to the American Society of Media Photographers it “expands the individual’s Right of Publicity to an unprecedented extreme”.

The bill would require explicit written consent for photographers or videographers to include an individual’s likeness in a photograph that is used for practically any purpose within the state of Arkansas. Several Fair Use exemptions have been made, but they’re far from being ideal.

“SB-79 places an unprecedented burden on all photographers whose work could be viewed within the state of Arkansas to either get explicit consent from every individual whose likeness appears in all of their photographs or risk defending themselves in a lawsuit where they will have to shoulder the burden of proving the use of their photographs qualifies as an exempted use”, stated the ASMP, adding that the bill’s implications are “staggering”.

It also explained that a photo posted online for a use that would not require written consent anywhere else in the world could lead to the photographer being sued, if people can be recognized in the photo and it can be viewed in Arkansas.

That’s right (and absolutely insane); the bill doesn’t refer only to photos taken in Arkansas. If you post photos online and the website can be viewed in Arkansas, you could be sued!

The ASMP has joined the Movie Picture Association of America and the Digital Media Licensing Association to fight this bill and convince Governor Hutchinson to use his veto power. The three organizations hope to get the bill changed so that a better compromise between an individual’s rights, the needs of creators and the public’s best interests can be achieved.

In its FAQ section, the ASMP explains why this bill is so problematic:

“the use of an individual’s name, voice, signature, photograph, or likeness for:
(i) Advertising;
(ii) Fundraising; or
(iii) Obtaining money, goods, or services.”

Under this overly broad definition, the simple act of charging someone to license a photograph would qualify as “Obtaining money, goods, or services” so virtually every use of a licensed image becomes defined as a commercial use unless it qualifies under the limited list of exemptions in Section 4-75-1010, Fair use — Commercial sponsorship (on page 7 of the Bill).”

This law is worse than the Right of Publicity Laws found in other states, as the ASMP details, since “SB-79 goes much further than most Right of Publicity statutes, which only impose liability for unlicensed use of a name or likeness for advertising purposes, merchandising uses or false implied endorsements. Under SB-79, virtually any license for which money changes hands would be deemed a commercial use unless specifically exempted within the Fair Use section”. Sadly photographs are not exempt.

Visit the ASMP website for instructions regarding how you should contact the governor’s office, if you’d like to help battle this bill. Remember, if it passes, the bill will affect any photographer whose photos can be viewed in the state of Arkansas.

This comes just as the crazy bill in Texas proposing a ban on photographing police within 25-feet of them seems to be doomed.