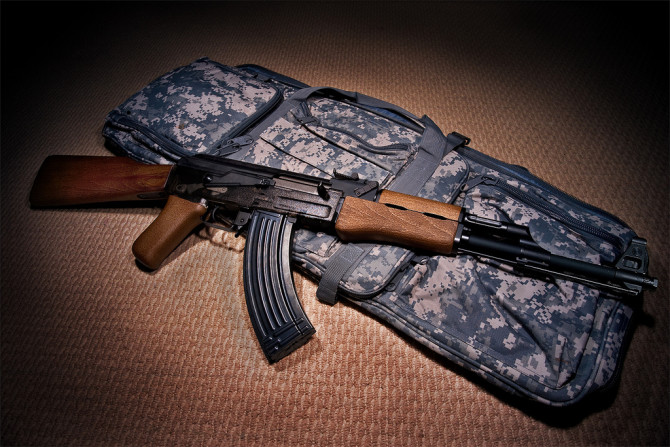 Former Afghan police unit commander Naqibullah, who received a death sentence following the murder of Associated Press photographer Anja Niedringhaus and wounding AP correspondent Kathy Gannon, will not be executed after all.

Afghanistan’s Supreme Court overturned the Primary Court’s decision from last July and decided to sentence Naqibullah to 20 years in prison instead.

According to AP lawyer, Zahid Safi, that is the maximum jail sentence in the country.

Niedringhaus and Gannon were in the country covering the presidential elections of 2014 when they were attacked.

“It is almost exactly a year since Anja was murdered and Kathy wounded while reporting in the country they both loved. We are glad the judicial system in Afghanistan has completed the case against their attacker and trust the sentence will be carried out in full. And as the sad anniversary approaches, our thoughts and care are with Anja’s family and with Kathy”, said Kathleen Carroll, AP’s executive editor.

Gannon, who is currently recovering from her injuries in her native Canada, was pleased with the ruling and said she intends to return to Afghanistan:

“Neither Anja nor I believe in the death penalty. I know I speak for Anja, as well as for myself, when I say one crazy gunman neither defines a nation nor a people, and covering Afghanistan and Afghans was a joy for both of us and is what I will return to once the surgeries and healing is completed. I will return for both of us.”

Niedringhaus was killed on April 4, 2014 when Naqibullah opened fire on the car in which she and Gannon were sitting. According to witnesses the car was parked in a crowd of police and election officials and the murderer shouted “Allahu Akbar” before using his AK-47 assault rifle on the two, after which he surrendered immediately.

While Niedringhaus, 48, died on the spot, Gannon was hit by six bullets but survived the attack. The senior correspondent for Afghanistan and Pakistan was hit in her left arm, right hand and left shoulder, and is still undergoing physiotherapy due to these injuries.

The reason for the attack is still unknown but official accounts suggest it was not planned. Naqibullah did not explain his actions in court and said that he was “not a normal person” at one point, while denying claims that he had ties to Pakistani extremists.

According to court documents the country’s Primary Court sentenced Naqibullah to death on July 22, 2014. Six months later, on January 6, the Appeals Court replaced the sentence with a 20-years’ imprisonment.

At that point Naqibullah approached the Supreme Court appealing to have his sentence reduced, while the military attorney general’s office had appealed to return the death sentence.

Despite the Supreme Court’s decision that the 20-year sentence be the final decision in the matter, the murderer could be released sooner due to the country’s law that allows reducing a prison sentence if there are signs of “social rehabilitation”.

We recently shared the inaugural winner of the Anja Niedringhuas Courage in Photojournalism Award, which is just one of the many honors Niedringhaus and Gannon have received in the past year.

« Arkansas Wants Every Person in Your Photos To Sign a Model Release. EVERY. SINGLE. PERSON.
How To Add Steam To Food Photography (Using Photoshop) »