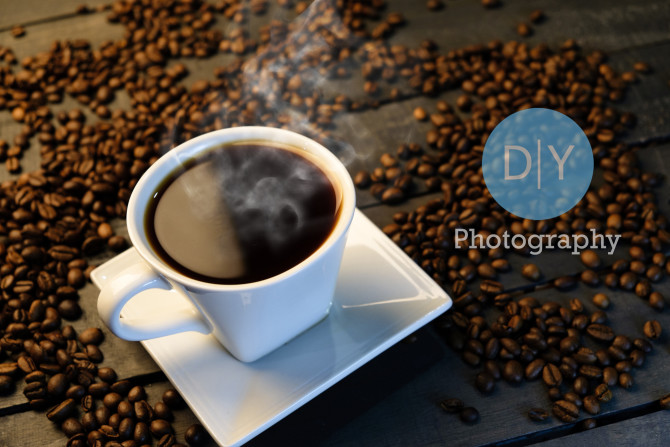 Last week I did an article on how to capture steam in food photography right in camera. You can’t always have hot boiling water in every shoot or have really hot food (or frankly, sometimes it is just easier to do in post), yet there are times when you need to have steam. This is when you’ll add the steam in post production. Here is a step by step tutorial on how to add steam in photoshop.

Below, you will find two photoshop techniques for adding steam in photoshop.

For the setup of the shot I used a simple technique (you may recall this from one of my portraits). I only used an LED lamp and the modeling light of my studio strobe for the lighting. 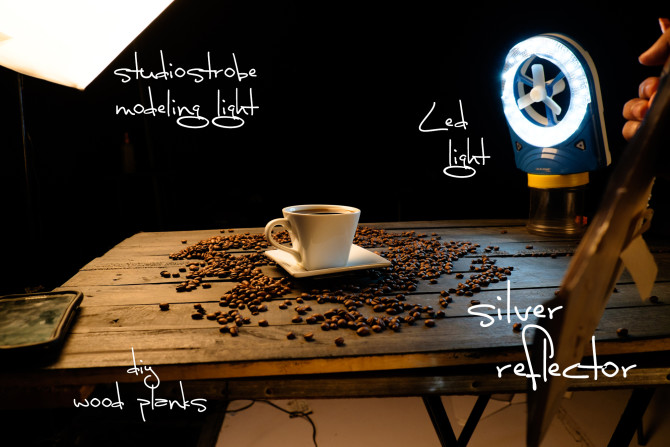 For this setup, I had the studio strobe set behind and left to the subject and had the modeling light turned on. The LED light was set back and right to the subject. I also used a DIY silver reflector to get some light on the cup, and open up the shadows. 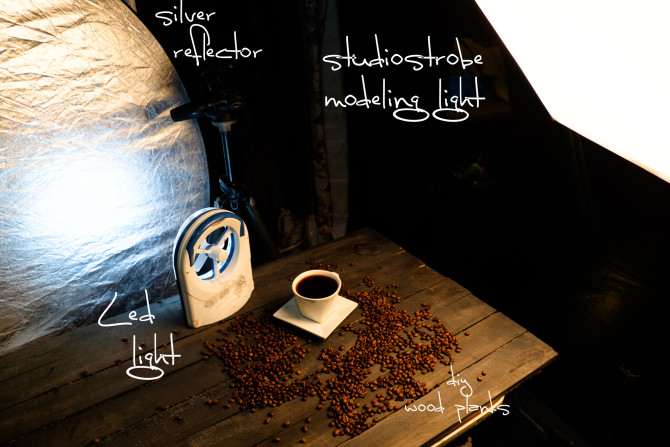 For the second setup, I used the silver reflector to bounce a bit of the LED light, and used the modeling light of my studio strobe back left of the subject.

This is a more manual approach on making a steam from scratch, I will discuss the more common smoke brushes on part 2.

Open your chosen picture in Photoshop and create a New Layer. 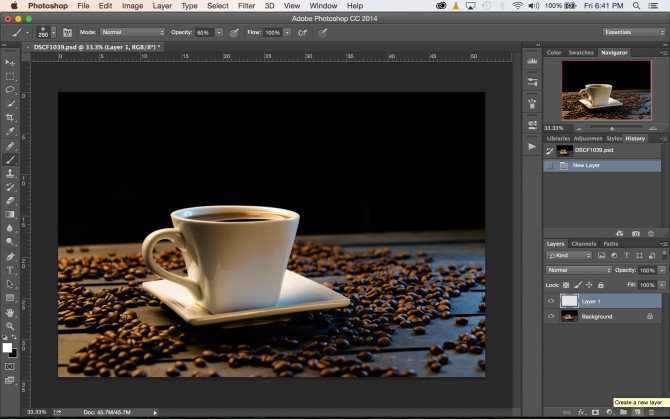 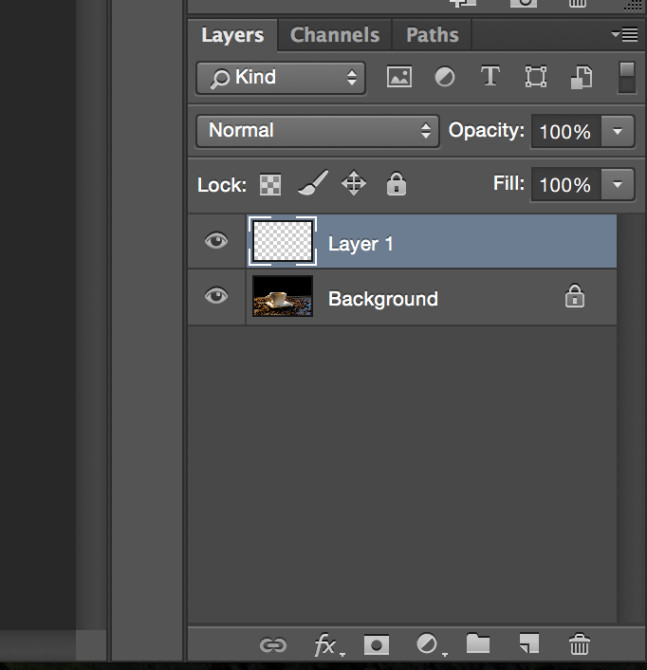 Select the Brush tool (around 40-60% opacity) and create the shape of the smoke. Play around with different opacity and brush sizes. 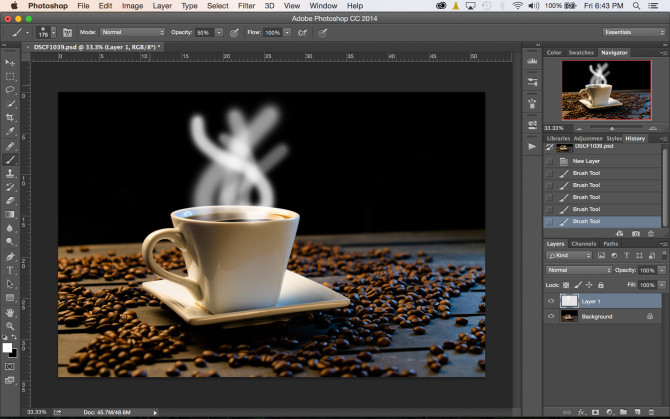 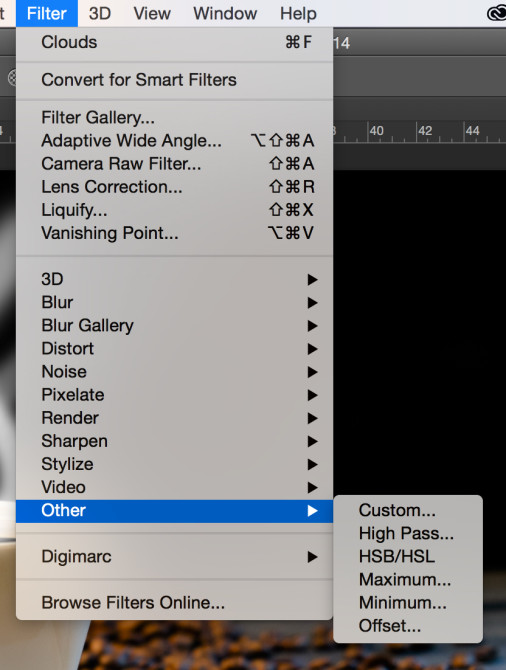 The Radius will depend on the brush strokes that you made. I was using 45-80 Pixels radius. 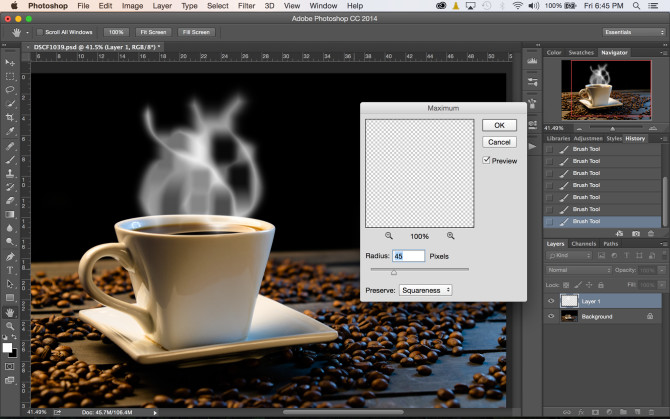 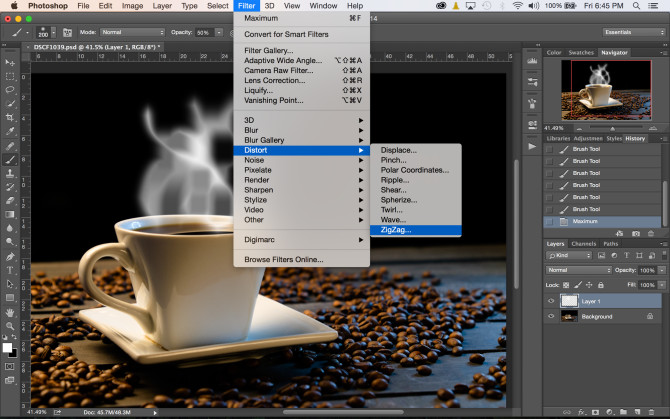 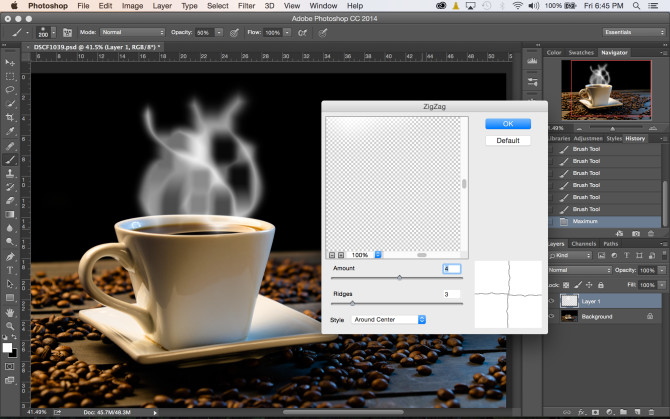 Select the ‘smoke’ layer and use the Warp tool to shape your steam. 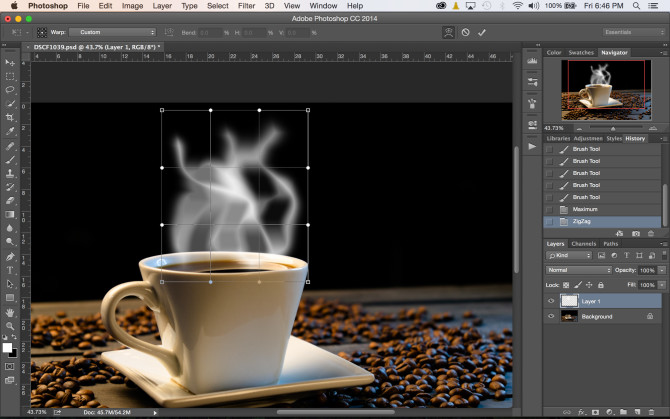 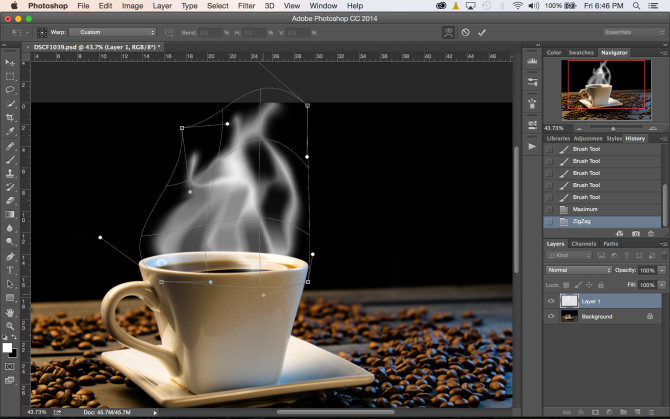 Select Filter > Surface Blur. Again play around with the amount of Radius and Threshold to get a realistic effect. 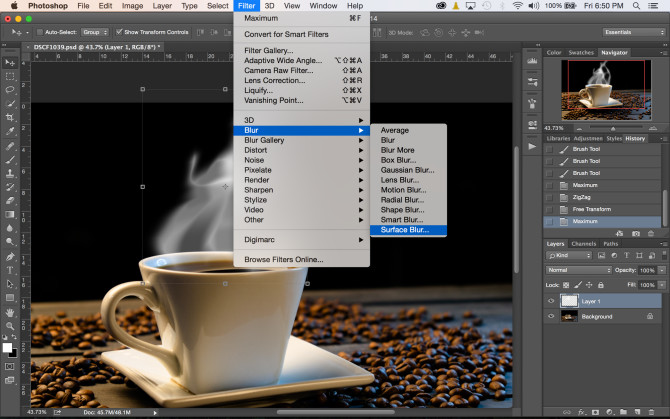 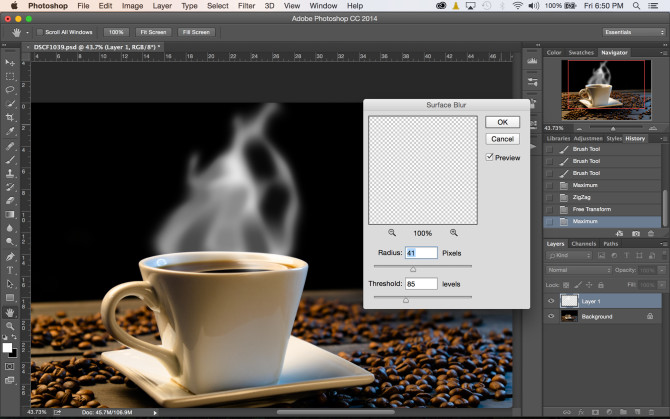 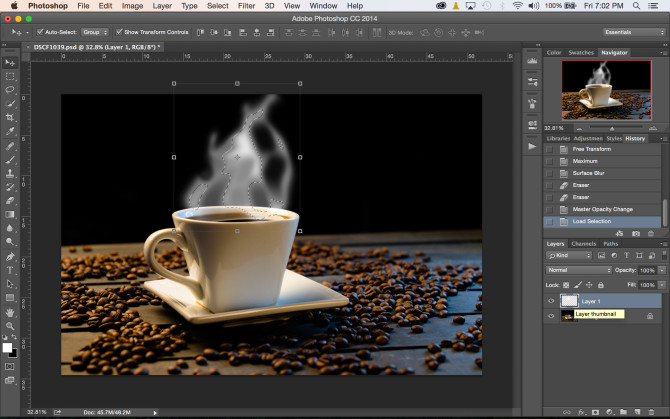 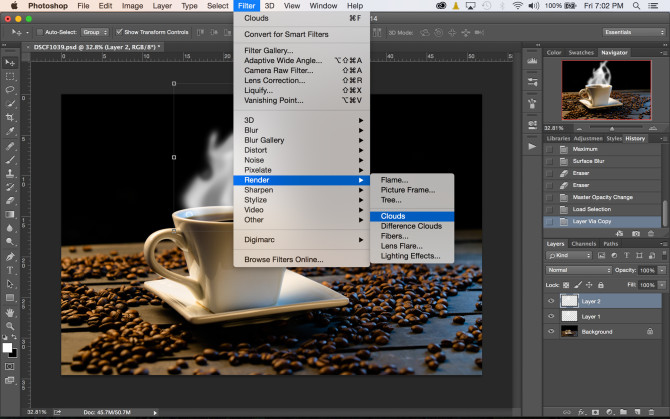 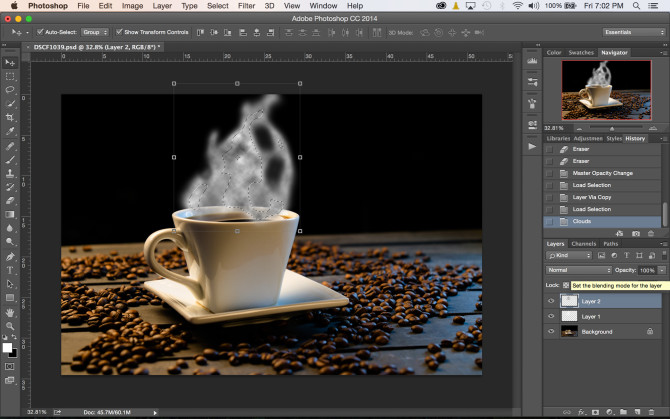 Make the clouds layer on OVERLAY and play around with the opacity. 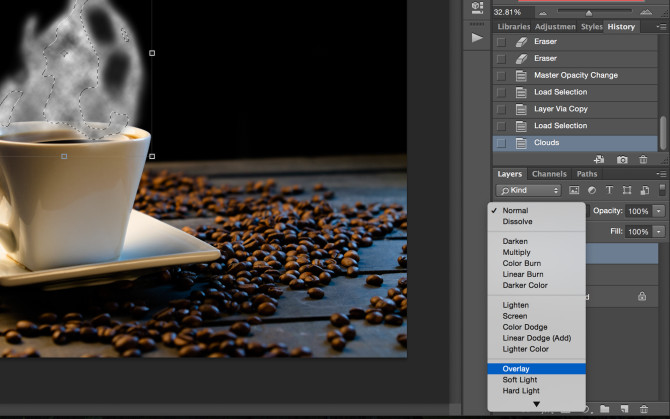 Adjust the opacity on both layers. (Skip to the End for Final Result) 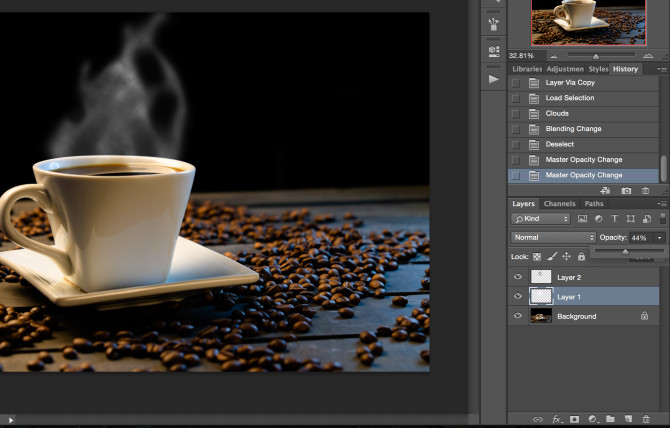 This is another technique in which we will use Smoke brushes. You can get free smoke brushes just by looking in google.

Start by making a new layer. 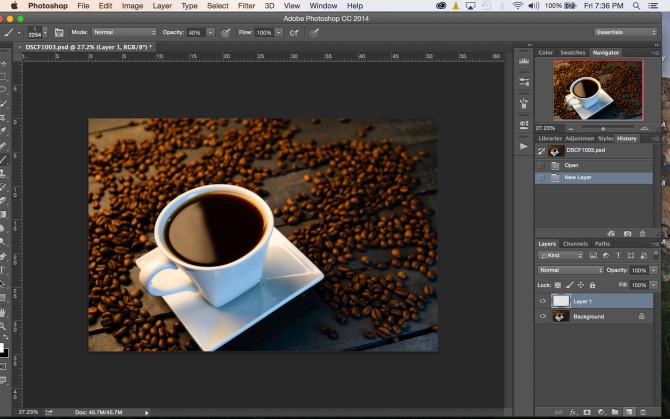 Select your smoke brush and set the opacity around 70-80%. Move the angle of the brush to get the right direction of the steam that you want. 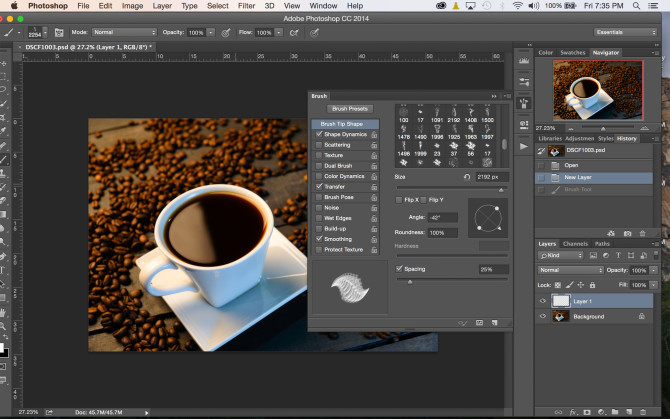 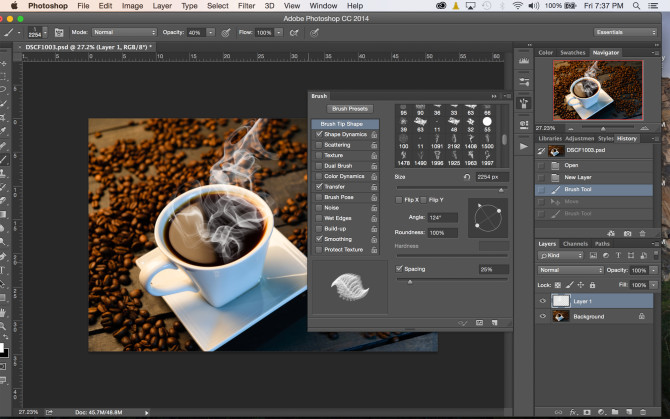 Add another layer of smoke with a different brush (and opacity) if needed. I added two more smoke brushes and different opacities. 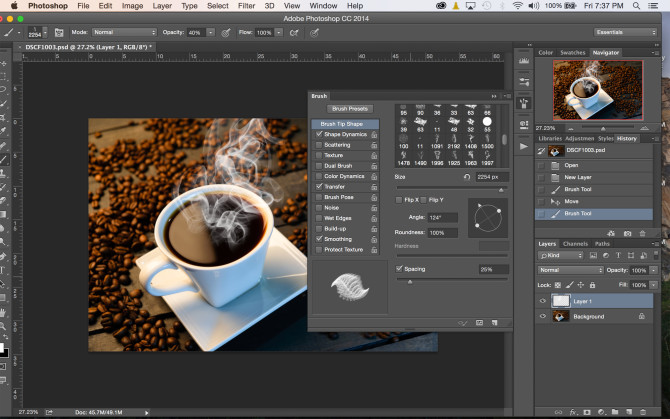 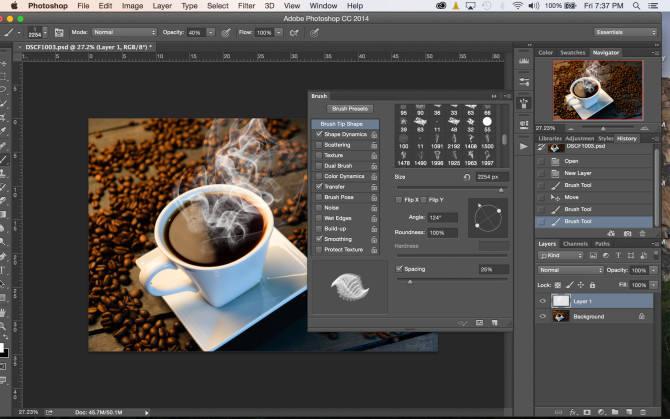 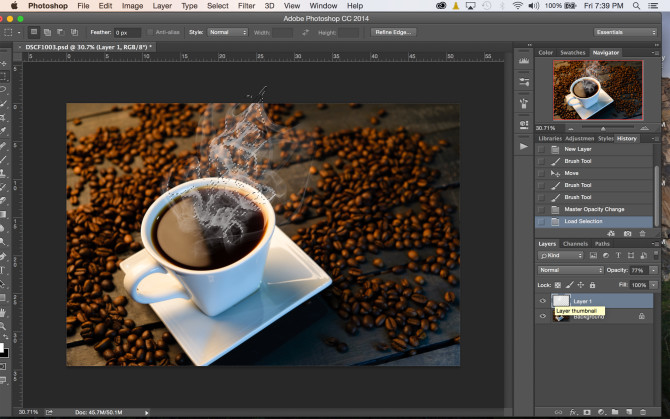 On the duplicated layer Hold CTRL (Windows) or Command (Mac) and click on your layer to select your layer and go to Filter > Render > Clouds.

Make the clouds layer on OVERLAY and play around with the opacity. 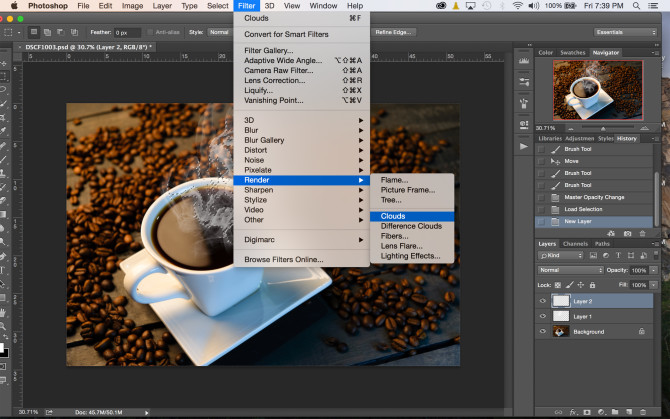 (Optional) For the first layers you can add a surface blur layer again. 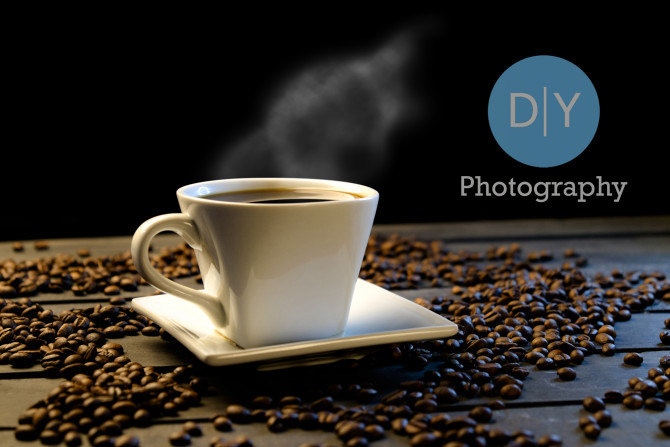 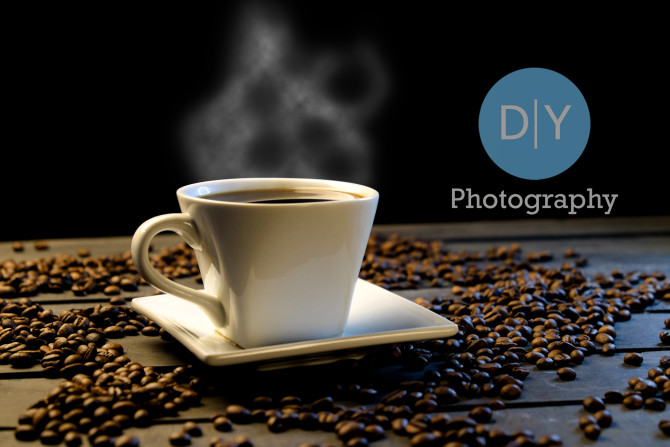 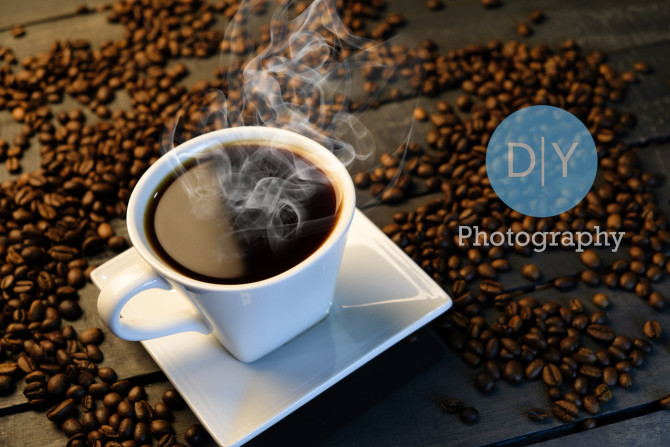 How to Perfectly Capture Steam in Food Photography

Who needs a keyboard and mouse when you can edit your videos with a Steam controller?