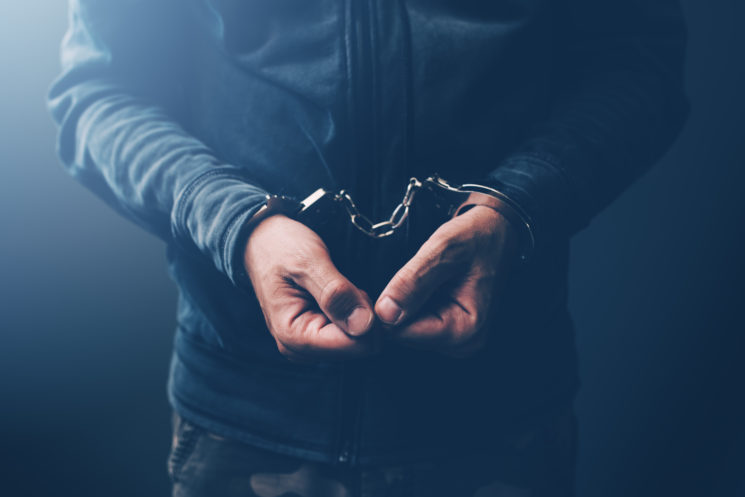 A social media influencer has been sentenced to 14 years in prison after trying to violently steal a web domain name from a stranger. No, this isn’t a Black Mirror episode or an Onion article. The influencer known as “Polo” developed a scheme that involved a Taser, a gun, and his violent cousin who went to the stranger’s door. The cousin broke into the man’s home, and even some blood was spilled as he tried to force the man to give up the domain name.

“Polo,” or Rossi Lorathio Adams II, is the man behind a social media company State Snaps. He started it around 2015 while attending college at Iowa State University. State Snaps is a series of social media accounts, depicting mainly risky or sexually explicit behavior and often featuring college girls. According to the Washington Post, State Snap’s Instagram account gathered over 1.5 million followers. But it seems that it just wasn’t enough for Adams.

When posting the content on his social media accounts, Adams used #DoItForState hashtag. Because of this, he wanted to obtain a doitforstate.com web domain. As it turned out, it was already taken. Ethan Deyo from Cedar Rapids owned the domain, and Adams reportedly had no prior affiliation with him. According to the US Department of Justice, Adams repeatedly tried to buy doitforstate.com from Deyo between 2015 and 2017. However, Deyo wasn’t interested in selling it. At one point, though, he offered to sell the domain name to Adams for $20,000, but Adam didn’t feel like paying that much. And this is where the story rapidly becomes crazier.

Instead of giving the whole thing up, Adams decided to turn to violence. He first threatened to one of Deyo’s friends by sending him a message with gun emoji, The Washington Post writes. Then, he one day appeared at Deyo’s door. His brother answered, and Adams reportedly said: “I’m here for the name whatever it takes. I’m not leaving without it.” He did leave without it though, and it apparently got him even madder.

In June 2017, Adams developed a new plan that involved his cousin Sherman Hopkins, Jr. Hopkins was a convicted felon who lived in a homeless shelter at the time, according to the US Department of Justice. Adams gave Hopkins a demand note with instructions for transferring the domain name. He reportedly drove him to Deyo’s home, and Hopkins broke into it. He was armed with a stolen gun and a Taser, wearing a hat, pantyhose on his head, and dark sunglasses on his face.

When Hopkins broke into Deyo’s home, he reportedly took out Adams’ demand note. While holding Deyo at a gunpoint, he ordered him to follow the instructions and transfer the domain name from his to Adams’ GoDaddy account. Hopkins reportedly even hit the victim in the head with the gun several times. The two men then started struggling over the gun, and both of them got wounded in the fight. Deyo was shot in the leg, and he shot Hopkins in the chest several times. Fortunately, both men survived.

In June 2018, Hopkins was sentenced to 20 years in prison. He reportedly “pleaded guilty to one count interference and attempted interference with commerce by threats and violence.” Adams was facing the same charge, but he only went to trial in April this year. He was sentenced this week, and he is to spend 14 years in federal prison.