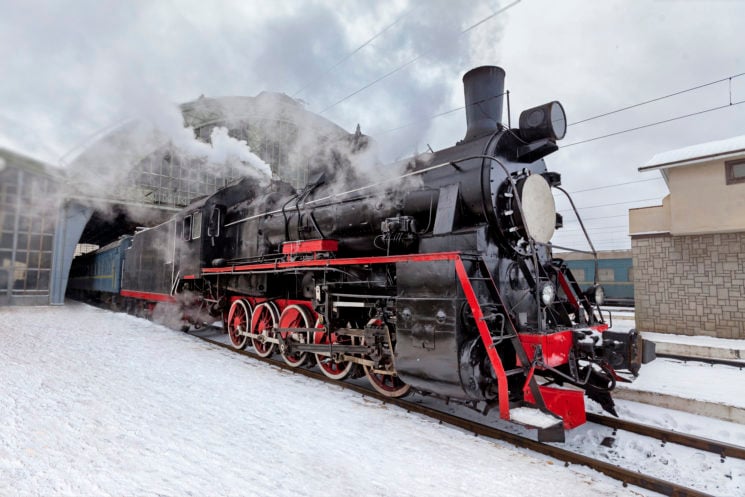 As I hope we all know, taking photos too close to the train tracks is very dangerous and can lead to a tragedy. A few days ago, a photographer avoided death in a split second when a passing train hit her and tore her coat. The incident was caught on camera and it shows the chilling moment when the photographer narrowly escaped getting killed.

The video was posted by Shiawassee County Sheriff’s Office. It shows a group of photographers shooting the steam locomotive Pere Marquette 1225, also known as the North Pole Express. You can instantly see that one of the photographers is standing way too close to the tracks. At about the 53-second mark, you can see the passing train clipping the photographer. Fortunately, she managed to jump and escape in split second. The photographer avoided a tragedy, but the train left her a reminder not to get too close again: it ripped her jacket.

Seeing this video instantly made me wonder why no one told the woman to step back. Or maybe they did, it just can’t be heard in the video. Thankfully, this incident didn’t end in tragedy like those from 2014, 2017, and earlier this year. I sure hope that the photographer has learned a lesson and that she’ll know better next time. And I hope that this video will serve as a reminder to her and to everyone else to stay off the tracks!