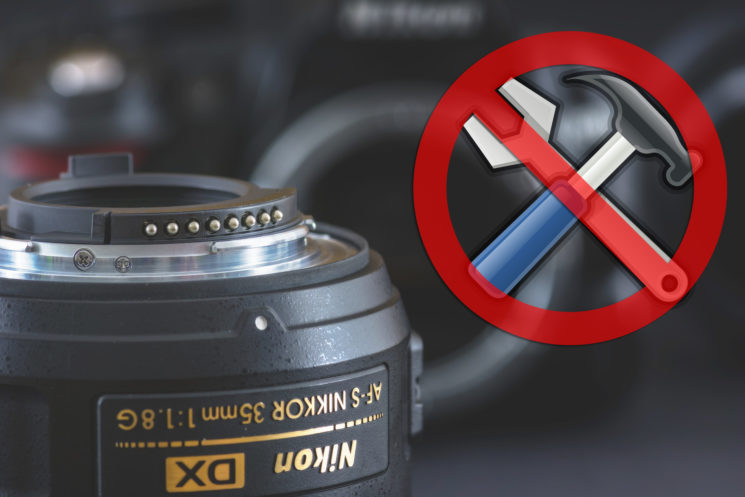 Nikon is soon killing its authorized third-party repair program. Starting from early 2020, more than a dozen repair shops will come down to only two facilities at the ends of the US. This way, the Authorized Repair Stations will become non-authorized and likely lose access to official parts and software. Therefore, you will need to mail your gear directly to Nikon, no matter where you live.

According to iFixit, Nikon sent out a letter to its remaining Authorized Repair Station members to notify them of the decision. The letter reads that after 31 March 2020, roughly 15 remaining repair shops will not be able to renew their agreement with Nikon. “The climate in which we do business has evolved, and Nikon Inc. must do the same,” the company writes. It adds that the company must “change the manner in which we make product service available to our end user customers.”

Nikon’s decision means that the repair shops will be left without the official parts, tools, manuals, and training. They will likely also lose access to Nikon’s proprietary calibration software. In other words, this will automatically turn them into unauthorized shops.

But what does this mean for photographers? Well, if you want to repair gear that’s under warranty, you’ll need to send it straight to Nikon. As you probably know, repairing it at unauthorized shops will void the warranty. Even if the gear is not under warranty any longer, you may want to have it fixed with official Nikon parts. This is another scenario in which you’ll have to mail it across the country to one of two Nikon centers. It’s pretty inconvenient and it will leave you without your gear for a longer time.

iFixit notes that they spoke with several shop owners regarding Nikon’s decision. They all mentioned Canon, which also no longer offers warranty repairs through authorized shops, but still sells them parts at a competitive price. Shop owners say that this is the best scenario they hope from Nikon, but there’s still no word on what exactly will happen after March 2020.

It would definitely be good if Nikon at least makes official parts affordable for its former Authorized Repair Station members. This way, you could at least send out-of-warranty gear to shops near you and have them repaired with original Nikon parts. It would be way more convenient for photographers. But also, it would be less restrictive for repair shops and help them keep their customers.

« The Canon EOS R Mark II is already being tested out in the wild, report says
Instagram influencer sentenced to 14 years after violent attempt to steal a web domain name »