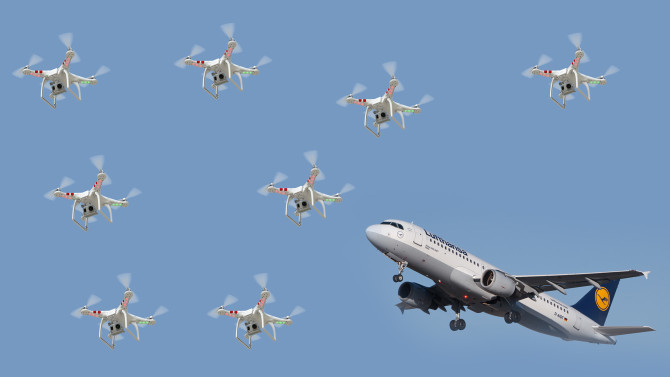 Looking at the events from last year or so, it was just a matter of time until something like this happen. A drone had a near miss with an Airbus A320 airplane in Ben Gurion Airport in Israel.

The Airbus A320 was operated by Brussels Airlines and carries 160 staff and passengers. On Monday afternoon flight BEL3289 was approaching landing and at about 4,000 feet (about 1.2km) the pilot reported that a drone was crossing its path approximately 75-100 meter away. The pilot also reported that the drone was black and blue and had 4 small motors.

It is not clear if this drone was there as a flying camera or for some other reason. Just saying before we flame all drone flying videographers.

The event was reported as a ‘medium’ level event, and if you are unfamiliar with those reports, medium is actually kinda high. The report of the incident was released: 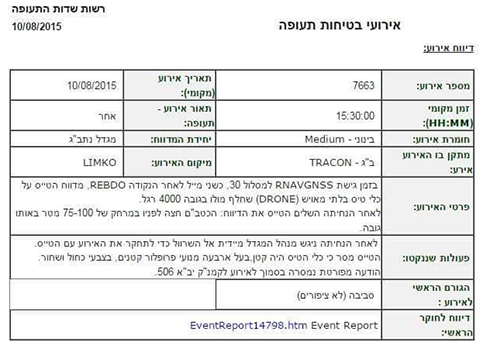 A complaint has been made to the local police, but the fact that the drone is operated via radio makes it really hard to find the operator.

Issac Raz, a senior investigator for the Israeli ministry of transportation told YNET that

…This is a major incident and it represents a phenomenon that is of a great concern. There is a steep escalation in the number of both private and commercial drones that are flying in the air without any coordination, notification to the relevant controllers or regulation

Now some drones, like the DJI Phantom has built in software that prevents them from flying over certain areas, but I doubt that it has all the airports in the world and that all drones have similar restrictions.

I have said it before on this site, drones are going to get regulation coming up their nose in the near future.