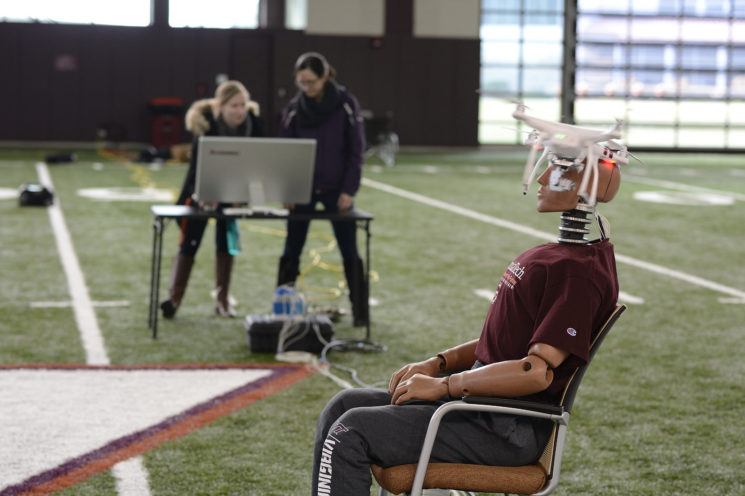 Researchers at Virginia Tech test are hoping to enable drones to fly over people in the future. Therefore, they are testing the consequences of collision between a drone and a human. Okay, not a real human, but a crash test dummy. They are working on developing methods to evaluate the risk a small drone poses to anyone on the ground. And thanks to this research, the application of drones may be extended in the future. And they may be allowed to fly over people, too.

At the moment, FAA regulations don’t allow drones to fly over people without a special waiver. However, Virginia Tech clams that these regulations are designed to protect people in case the drone crashes unexpectedly or the pilot loses control over it. But they believe this disables drones from doing what they would be ideal for, such as aerial journalism and package delivery. They also point out that in densely populated areas, it’s almost impossible to ensure there’s no one around the drone’s path.

Because of this, the Virginia Tech team is investigating the risk of injuring a person in case they get smashed by a drone. They are using a crash test dummy with a set of sensors in its head and neck to measure the force the impact generates. 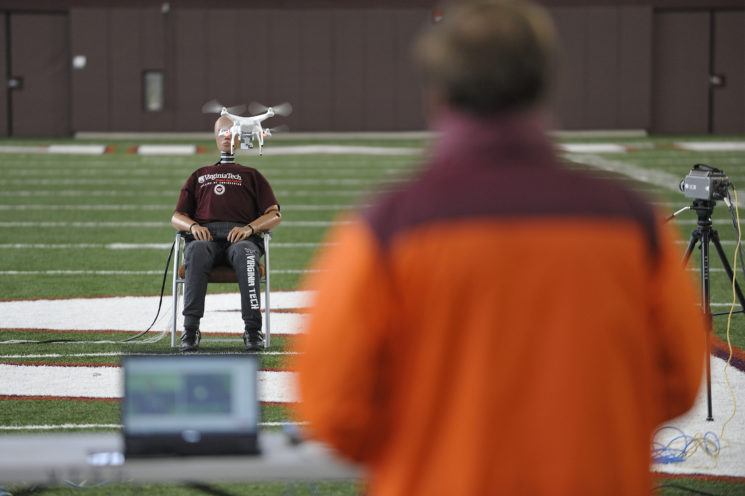 According to Mark Blanks, the director of the Virginia Tech Mid-Atlantic Aviation Partnership “the risk of injury is very low, particularly with small aircraft.” But I don’t know if those who suffered injuries by a drone would agree with him.

The team is trying to assess what the risk of injury is: how likely are the impacts, how hard they are, and whether they are dangerous at that level. Also, they want to examine what they can do to reduce the risk. These tests give them a way to determine if a particular aircraft is safe, but can also help making aircrafts safer than they currently are.

The thought of a drone flying near my head doesn’t really sound appealing. I mean, everyone operates drones nowadays. Still, it’s precisely because of that why we need a test to assess the risk of injury and do what we can to prevent it. Since drones are so easily available nowadays, their number will definitely increase – and that’s another reason for preventing the risk of injury while finding new and practical purposes for the drones. I just wonder how we can make people become more aware of the others and operate the drones responsibly.

[This is how drone flights are being made safer via FStoppers]

This tech controls drones by following your eyes