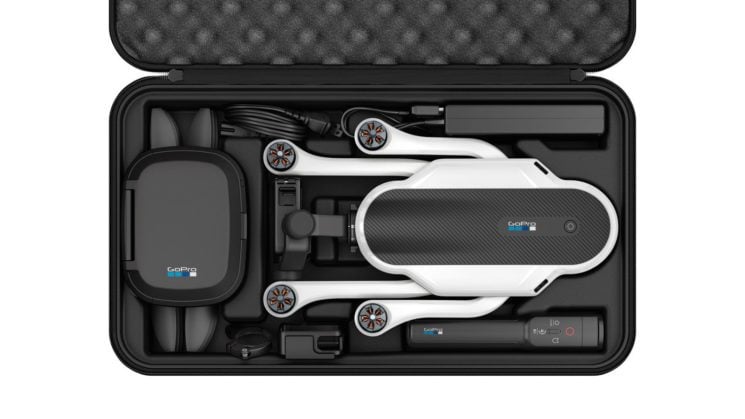 When GoPro announced the long awaited Karma drone, their plan was to take on DJI and beat them at their own game. Well, play has been halted completely today. Due to issues with Karma drones randomly losing power, GoPro have now issued a recall. Approximately 2,500 Karma units sold since October 23rd (basically, all of the Karmas currently out there) are affected.

GoPro do say that the power loss only happened “in a very small number of cases”, and there have been no reports of injuries or property damage as a result. But, it’s still a pretty significant risk. The last thing you want is to be flying over a mountain or lake, and suddenly have your drone drop out of the sky with no warning.

The recall was announced after we discovered that in a small number of cases, Karma units lost power during operation.  We are investigating the issue and working in close coordination with the U.S. Consumer Product Safety Commission and the Federal Aviation Administration.

Recalled Karma drones can be returned directly to GoPro or to wherever they were originally purchased for a full refund. At the moment, GoPro aren’t offering exchanges for a fixed model, only refunds. So, it looks like you’ll just have to buy one again whenever they fix the issue. That is, assuming you don’t go with something else before then.

After a pretty bad financial quarter, this couldn’t have gone much worse for GoPro. The Karma was delayed, then underwhelming when released, and now recalled. But, at least for Karma owners with a little buyer’s remorse, there’s now a way out.

You can find out more about the Karma recall on the GoPro website.

Did you regret buying the Karma after receiving it? Will you be getting your refund and switching to a Mavic Pro? Are you going to hold out for a “fixed” Karma and buy again? Will you be returning your drone at all or will you just keep flying and risk it? Let us know your thoughts in the comments.