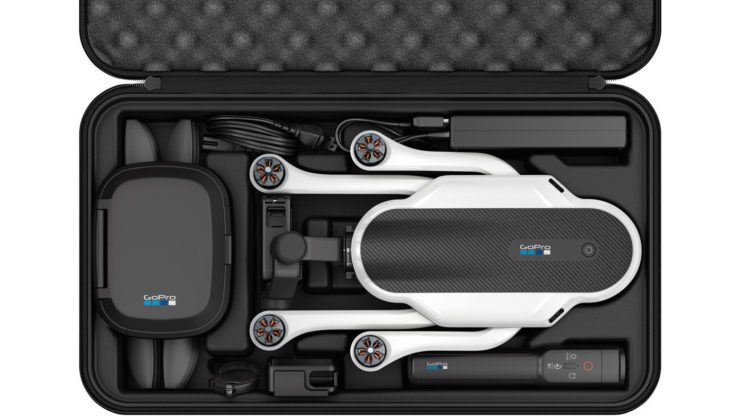 For a drone surrounded in so much controversy, you think they’d rename it the GoPro Drama. From long release date delays, to falling out of the sky, and the inevitable recall, it’s not had a good time. GoPro even got to the point where they were giving away free GoPro Hero5 Black action cameras to Karma owners to convince them to return them.

GoPro have now issued a press release, though, that the Karma is set to be re-released at some point during 2017. They haven’t said exactly when that’ll be yet, just that it’ll happen sometime this year.

Karma will re-launch in 2017. GoPro withdrew Karma from the market in November 2016 after a small number of instances of power loss due to a mechanical issue related to securing the drone’s battery. GoPro is completing its testing, and in early February, will provide more detail for the global relaunch of Karma in 2017.

I fear, however, that it’s too little, too late. It was only a month ago, three weeks after the Karma’s recall that GoPro laid off 15% of its staff. And this was the second staff cut of 2016, after a 7% cut in January. GoPro shares have gone up very slightly since the beginning of the year, but they’re still hovering in that very low band they’ve held for the last year or so.

Even if the re-launched Karma is something of a success, they’ll have lost a lot of potential sales. The DJI Mavic’s been out for a couple of months now, and if GoPro take too long, they’ll be re-launching the Karma just as DJI announce the Mavic 2 (no, I haven’t heard any rumours). Given that the Mavic already stomped all over the Karma, how badly do you think an updated model will destroy it?

With GoPro’s attempt at a handheld gimbal paling in comparison to the DJI Osmo, and similar products, things really aren’t looking up. With competitors such as YI rapidly encroaching on their action camera dominance, they’ll have to work extremely hard to even keep that market.

It would be a shame to see them go. GoPro were originally a very innovative company, single handedly convincing the world they needed action cameras. But, they put all their eggs in one basket for too long. Now they’re trying to expand, they just can’t keep up with the competition.

So, do you think a re-launched Karma can save GoPro? Is it time for somebody to just pull the plug and let them fade away? Will you be giving the Karma another go? Or have you already bought another drone? Let us know in the comments.

« Drone the World: pay a professional drone photographer to capture your travel memories
Kodak brings back the legendary Ektachrome film »