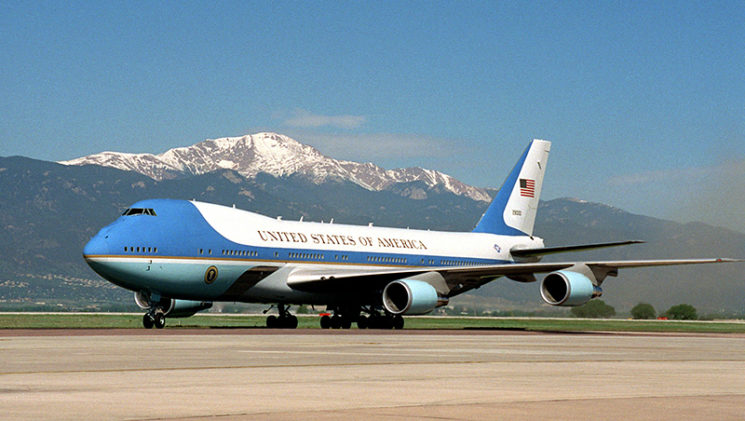 We’ve reported about crashes and near-crashes of drones and airplanes quite a few times. It has happened with both passenger planes and military jets, and it has now reportedly happened with Air Force One while Donald Trump and his family were on board. Reports from eyewitnesses note that they spotted a small object resembling a drone while the aircraft was making its final descent.

The incident happened on Sunday night. According to eyewitnesses, they spotted what could be a drone flying in very close to the right of the plane. They described it as a cross-shaped, yellow and black object, according to Bloomberg.

@realDonaldTrump just landed at Andrews on AF1. Shortly before, while descending,we flew right over a small object, remarkably close to the president’s plane. Resembled a drone though I’m no expert. pic.twitter.com/roDFgpp4XH

“Most civilian drones weigh only a few pounds and probably couldn’t take down a jetliner,” Bloomberg notes. “But government research suggests the damage could be greater than that from a similar-sized bird, which could shatter a cockpit windshield or damage an engine.” Also, in some specific cases, a drone could even reportedly damage an airplane’s wing (although DJI would disagree with that).

The incident has caught a lot of attention because the U.S. President Donald Trump was on the plane, along with the First Lady Melania and their son. The modified Boeing 757 landed successfully at Joint Base Andrews in Maryland, but White House military officials have still opened an investigation after the reported drone sighting.

But no matter who is on the plane, let me remind you that you’re not allowed to fly a drone higher than 400 feet (122 meters) above the ground in the U.S. You need special waivers if you want to fly higher than that. You’re also forbidden to fly near airplanes, and the drone always has to be within your sight.

When drone pilots break these rules, there can be a lot of fuss. Remember that major airports like Heathrow and Gatwick were shut down due to drone sightings? The fines are also very high if you get caught, and you can even

« This video reimagines the entire cinematic history if it was shot as vertical video
Could these be the specs to the Canon 7D Mark II’s EOS M mirrorless successor? »