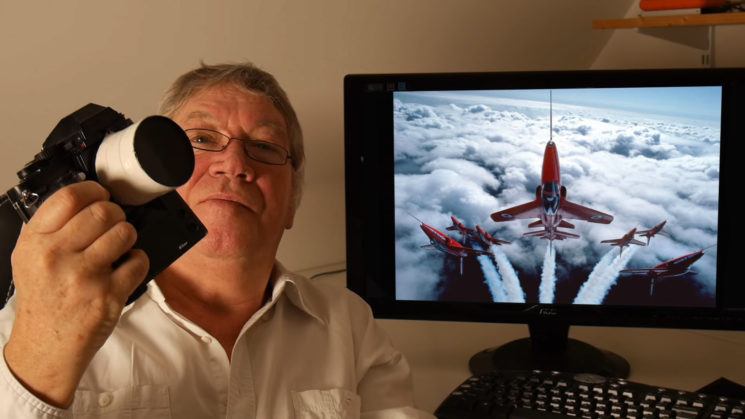 With today’s technology, shooting photos from the air is simple. Send up a drone, and you’re good to go. When drones can’t keep up, there are other methods. Attaching remote control cameras to planes and helicopters has been possible for a while. 40 years ago, though, in 1977, the world was still on film. If you couldn’t see through the viewfinder, you were essentially shooting blind.

There are a great many challenges to getting shots like this with no remote control and no view of what you’re shooting. Photographer Richard Cooke took these challenges to the extreme to photograph the Royal Air Force’s Red Arrows display team. Now he’s telling the tale of how these images came to be, and the techniques involved to create them.

Let’s talk gear, because then we don’t have to do it again. Richard had two camera setups with him. Each was loaded with Kodachrome 64 daylight film. Inside the aircraft, he used a black bodied Nikon F2 Photomic along with Nikkor 24mm and 35mm lenses, each with polarising filters.

Attached beneath the aircraft was a Nikkormat EL, Nikon’s first electronic camera. It had an autowind attached to it, as he could not manually advance the film from within the cockpit. On the front of the camera was a 24mm Nikkor lens and a polarising filter.

With that out of the way, let’s look at the why and the how. After having several successful shoots with other aircraft, Richard was commissioned by the Telegraph colour magazine. This was to do a piece on the Red Arrows; officially the Royal Air Force’s Aerobatic Team. Our version of America’s Blue Angels. He had several flights with the team, getting normal shots out of the cockpit window. 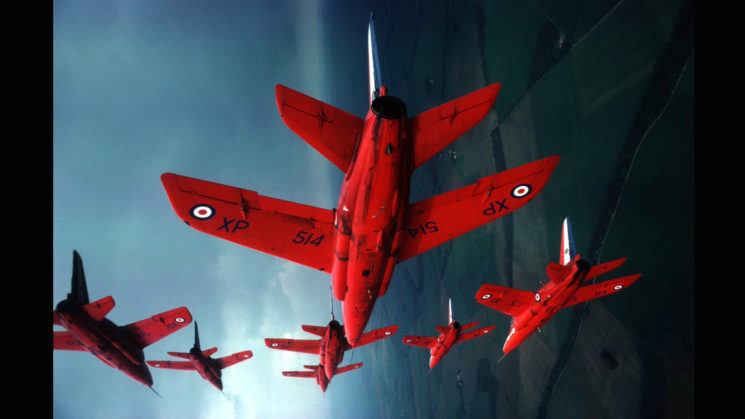 He was enjoying the experience and extremely impressed with the flying. Upon shooting the above photo, Richard had a “light bulb moment”.

I thought, if there was a camera on the bottom of that aeroplane, looking back at my aeroplane, the picture would be astonishing.

Upon landing, he spoke to crew on the ground about the idea. As it turns out, they had a spare belly panel laying around doing nothing, so set to work making it a reality. They designed and build a bracket which fit onto the belly panel of one of the aircraft and housed the camera. Rigged up to the power source from the anti-collision light was a solenoid to press the camera’s shutter. This in turn was operated by a switch Richard had in the cockpit. 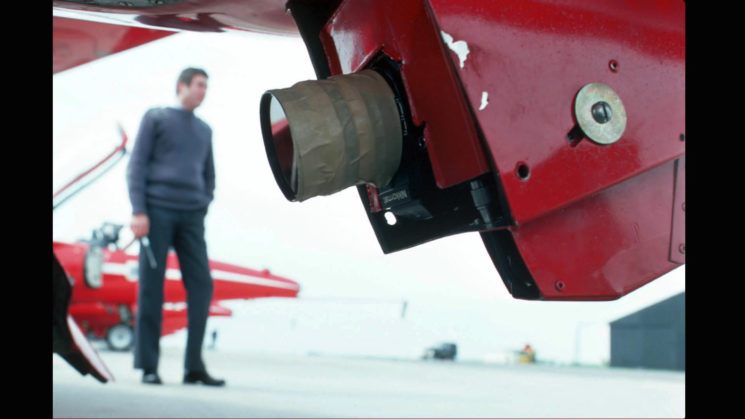 You’ll notice in the photograph above that there’s white tape around the lens. This served a couple of different purposes. The first was that it would prevent the focus and aperture rings from moving during flight. With several Gs acting upon them, and a lot of wind, it would be quite easy for them to slip.

The other method stems from testing on the ground. Richard did a lot of tests on the ground to determine the distance and placement of the lens from the aircraft. This allowed him to preset the camera’s focus, and for the pilots to figure out how far away from the camera they need to be once in the air.

And this brings us around to the other purpose for the white tape. Shooting with a 24mm lens, the field of view was quite wide. But, the Red Arrows fly in extremely close formation for some manoeuvres. The pilots knew that if they could see white tape around the lens, then they were in the wrong position and the camera wasn’t pointed at them. If all they could see was the dark polariser on the front, then they knew they were in the right place.

Ultimately, all the testing and planning was worth it, and it resulted in spectacular photographs. The world had never seen these kinds of images before. Richard says that it worked perfectly from the beginning. And it’s a good job it did. With only 36 chances to get the shots, he couldn’t just spray and pray like we are able to do today. 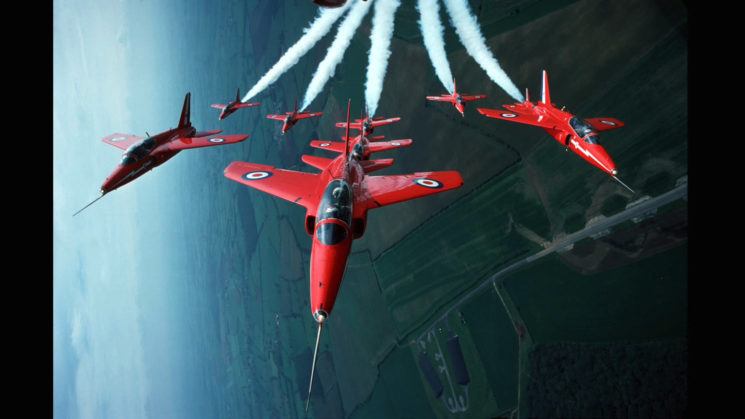 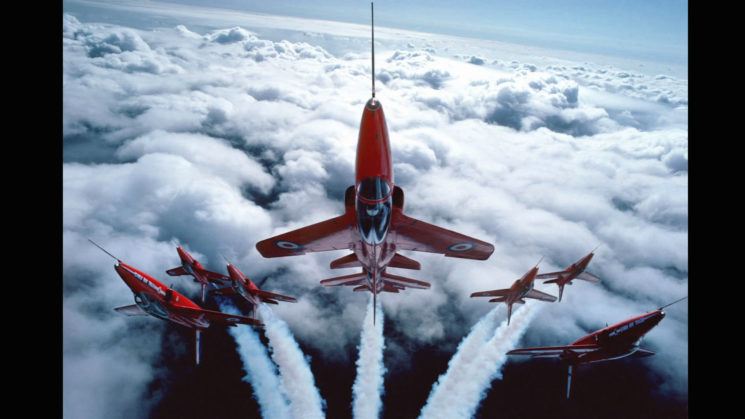 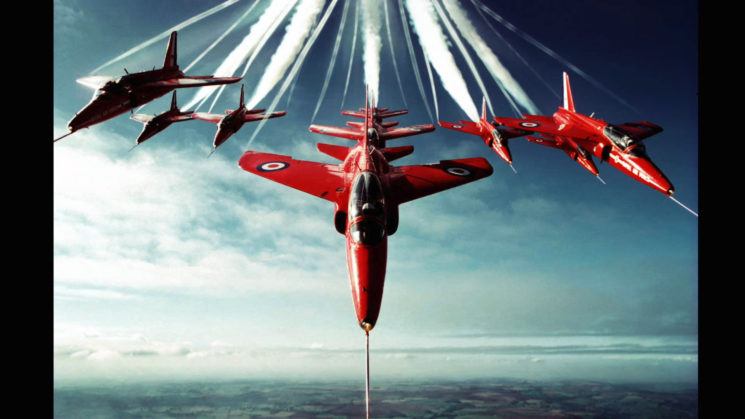 You can see more of Richard’s Red Arrows photographs and buy prints of them, here.

It’s an amazing testament to the ingenuity of good photographers, and the skill of the pilots of The Red Arrows. It sure beats standing on the beach at the Blackpool Air Show.