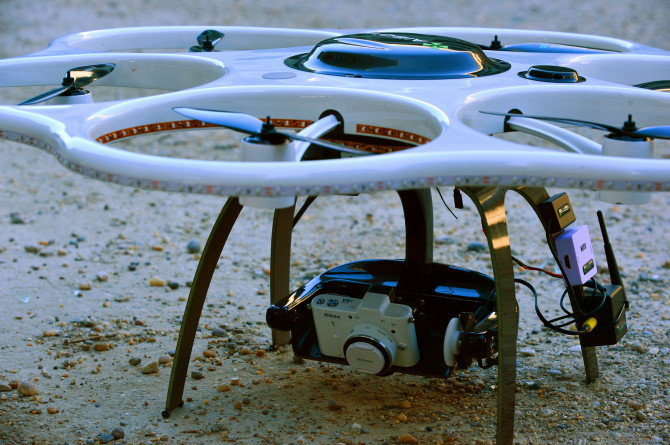 In a statement issued on January 12th, from CNN, the news agency revealed it has teamed up with the FAA in an effort to experiment with various UAV’s (unmanned aerial vehicles). CNN reports the Cooperative Research and Development Agreement (CRDA) between them and the FAA will serve as a means to establish new regulations and a framework regarding the safe integration of drones into news gathering practices.

CNN also stated they and the FAA will combine it’s study with Georgia Tech Research Institute, with whom CNN had partnered with in the summer of 2014 to conduct similar research. In the statement found on CNN’s website, FAA Administrator, Michael Huerta, explained the partnership:

“Unmanned aircraft offer news organizations significant opportunities. We hope this agreement with CNN and the work we are doing with other news organizations and associations will help safely integrate unmanned newsgathering technology and operating procedures into the National Airspace System.”

CNN has high hopes for the project, as they hope to help establish guidelines which would allow their (and other news agencies) reporters the opportunity to take advantage of professional grade drones to create a higher quality video experience than what they are able to capture under the quite strict current FAA regulations.

“Our aim is to get beyond hobby-grade equipment and to establish what options are available and workable to produce high quality video journalism using various types of UAVs and camera setups,” said CNN Senior Vice President David Vigilante. “Our hope is that these efforts contribute to the development of a vibrant ecosystem where operators of various types and sizes can safely operate in the US airspace.”

The announcement of the FAA and CNN, along with an announcement from the FAA last week, which granted a real estate photographer to operate a drone for commercial purposes, provides some much needed encouragement and perhaps a glimmer of hope that the Administration is dutifully making an effort to resolve conflict and unrest between them and photographers who are ready to embrace the technology. The information collected throughout the research will, if everything goes smoothly, help establish protocol which could help prevent cases such as the one we reported on last week in which a BBC reporter/drone operator was arrested mid-flight.

« 71 Year Old Street Art Photographer Martha Cooper Returns To Photographing What Made Her Famous
An Exercise In Dodge & Burn: Turning A Golf Ball Into A Pingpong Ball »