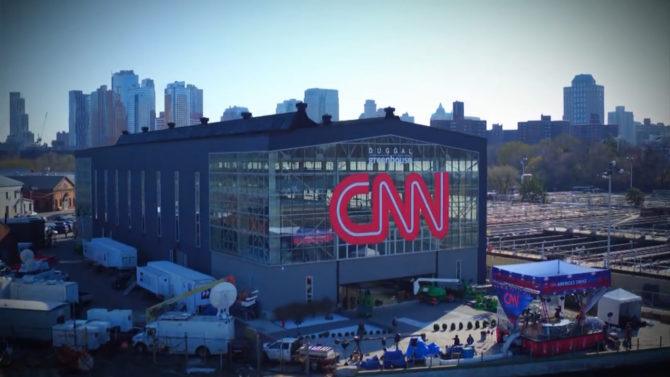 CNN have today announced the launch of CNN Aerial Imagery and Reporting (CNN AIR). CNN AIR is their own dedicated Unmanned Aerial Systems (UAS) unit. The network will have two full time UAS operators on staff “to fully integrate aerial imagery and reporting across all CNN networks and platforms”.

Drones aren’t new to CNN, though, they’ve used them before to cover stories. Flint’s water crisis, and Anderson Cooper’s report on the 10th anniversary of Hurricane Katrina received the assistance of drones.

It should come as no surprise that news organisations are starting to take drones seriously. CNN have even been working with the FAA to “formulate a framework for various types of UAVs to be safely integrated into newsgathering operations”.

CNN has been a leader in integrating this new technology into its operations, forming the first media-related research partnership with the Georgia Tech Research Institute (GTRI) and entering into a direct research agreement with the Federal Aviation Administration (FAA). In 2015, CNN was selected by the FAA as one of the first three industry “Pathfinders” to develop safe uses of UAS in newsgathering.

CNN has shared data and research that has helped formulate a framework for various types of UAS to be safely integrated into the national air space and continues to work to expand the safe and legal operation of UAS in newsgathering.

It will be interesting to see how “Freedom of the press” affects FAA regulation of drone use for the media. Obviously news organisations do need freedom of movement in the air that most civilians wouldn’t. But, that freedom carries potentially more dangerous consequences with bigger, heavier drones & cameras.

Drones certainly are a great story telling tool, there’s no question. But I do wonder if a drone’s perspective might skew the narrative a little on some of them.

What do you think? Are drones really needed for reporting the news? Or do you think this will give a fantastic new aspect to what’s going on in the world around us? Let us know in the comments.