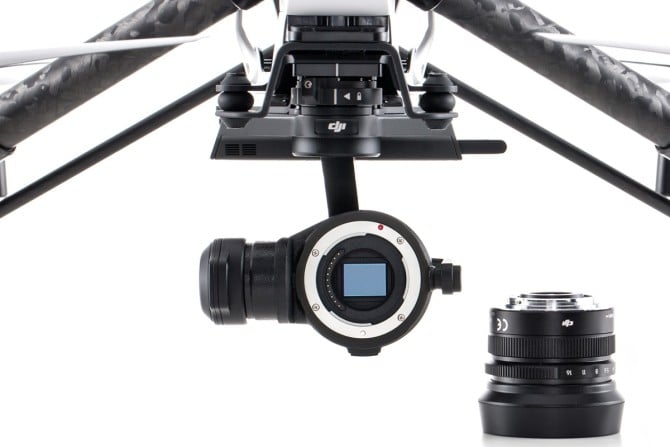 This has to be the week of DJI. After announcing their auto flight modes and a new set of drones, the company has announced a critical upgrade to their Inspire line – 2 new Micro Four Thirds cameras that can be mounted on the drones as a hardware upgrade: the Zenmuse X5 and Zenmuse X5R cameras for drones.

The cameras are capable of 4K @ 24FPS and provide 12.8 stops of dynamic range with a RAW video file (or 16MP stills). Kinda like the GH4.

The press release states that:

In order to achieve the quality of video produced by Zenmuse X5 and X5R, pilots used to have to spend many thousands of dollars for large, complicated aerial equipment,” said Frank Wang, DJI CEO and Founder. “Now, pilots can simply mount the Zenmuse X5 series cameras to their Inspire 1, put on their props, get up in the air, and have full control of their shot while in flight. This saves valuable time on film sets and makes high quality imaging for industrial applications smaller, lighter and easier to manage

To compete the experience, you will be able to control the camera parameters just like you can control the camera on the inspire via the app today, and gain the advantage of Zebra Pattern and Focus Peaking. This is quite a big difference from mounting a GH4 on a quad-copter.

This new announcement also bring 3rd party lenses into the mix with lenses from DJI, Panasonic and Olympus. I will not be surprised if other 3rd part lens makes like Sigma, Tamron and Rokinon join the party.

The sensor is said to be quite promising with usable ISO of 100-25600, but we will have to wait a bit more to see some real world examples:

Here are the grading options that the camera provides: 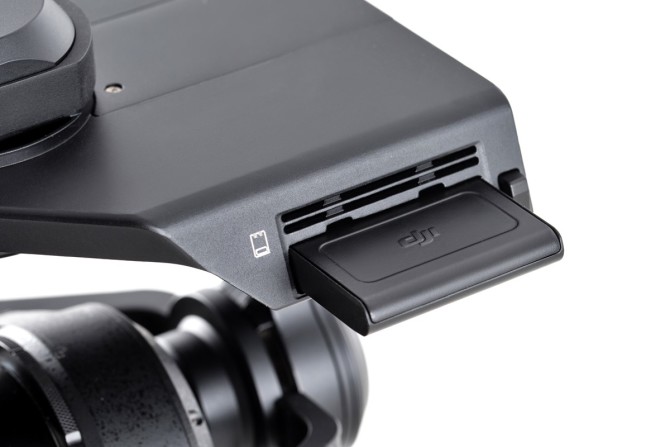 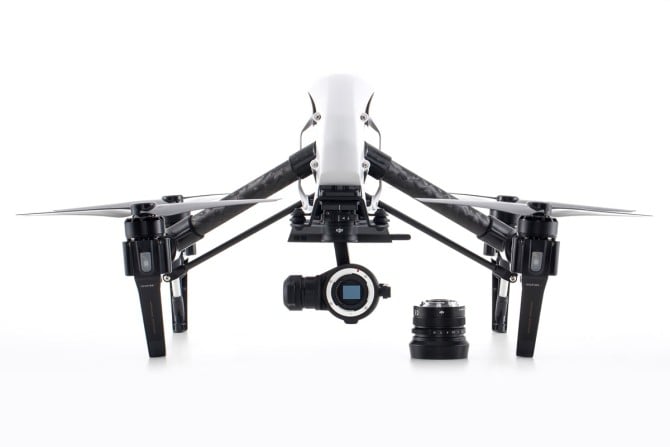 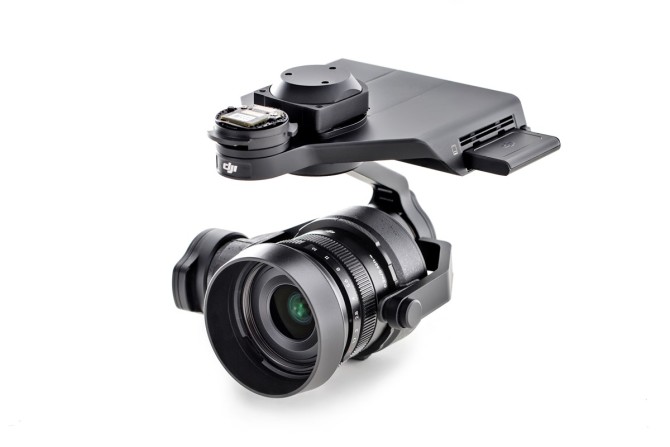 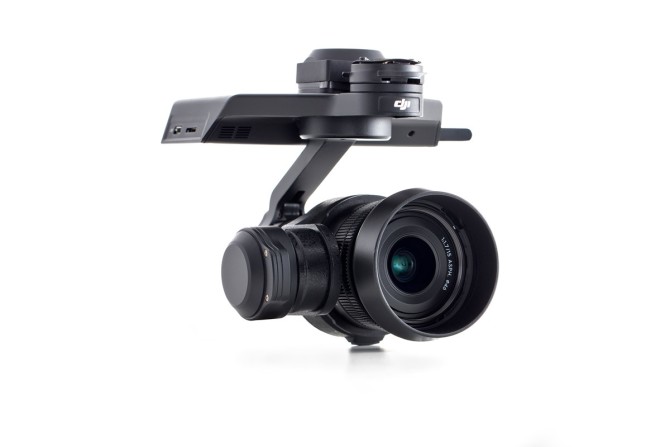 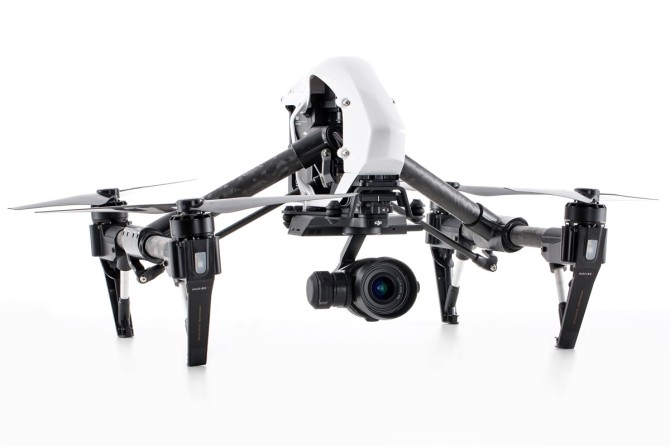 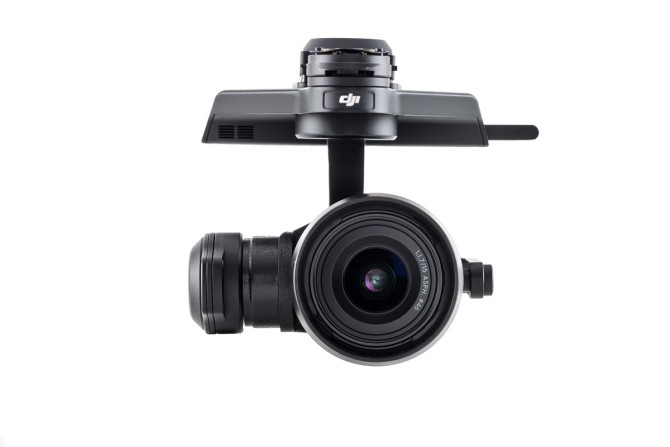 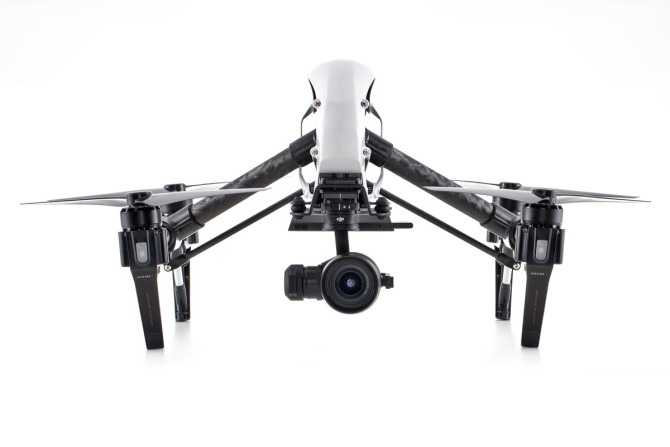 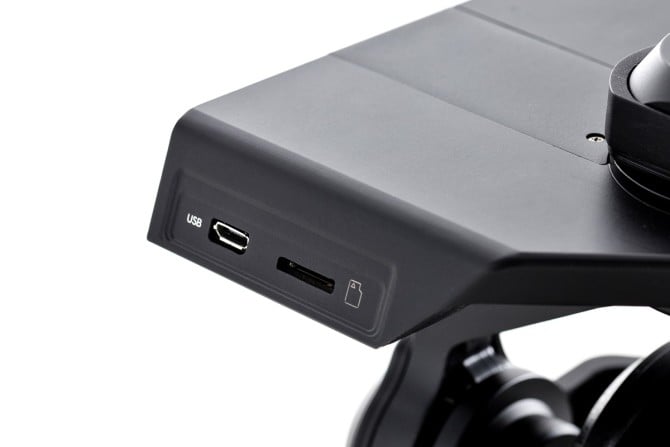 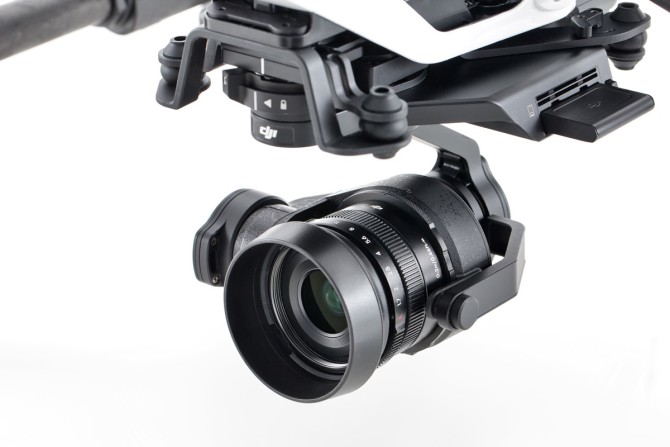 Here is a test flight done by the Roswell Flight Test Crew showing some of the capabilities of Zenmuse line:

« How Much Ink Is Your Printer Wasting? Epson Owner Says He Loses $100’s On Wasted Ink Every Month
How A Photograph & A Bad Decision Made Millions Of TSA Approved Luggage Locks Useless »