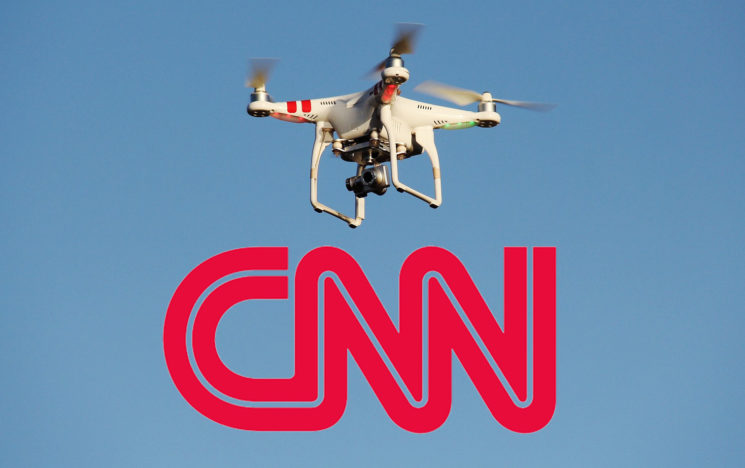 One of the drone regulations is not to fly over groups of people. However, the FAA has recently granted a waiver that grants to CNN to use of drones over large crowds. This waiver is the first of its kind, and according to CNN, it’s “an industry milestone.”

The FAA authorizes CNN to operate a specific type of drone over large groups of people. They will use Vantage Robotics Snap drone, which is lightweight, has enclosed rotors and made of deformable material.

In 2015, FAA chose CNN to be one of the first “pathfinders” to develop the safe use of drones in newsgathering. They first received the waiver to fly a small tethered drone. After that, another waiver granted them a permission to fly a small drone over people for closed-set purposes (motion picture and television film). As for the latest waiver, CNN writes that this it is “the latest success in CNN’s cooperative efforts with the FAA to develop a repeatable process for Part 107 waivers to operate UAS over people.” According to their press release, this will have “meaningful and practical application to [their] newsgathering operations.”

This waiver is really an important change in the news industry. I believe the other news outlets might follow CNN’s example and ask for the same waiver. If the use of the drone proves to be safe under the proposed conditions, there will be no reason they don’t get the waiver, too. As FStoppers’ Trey Amick says, it will be interesting to see how they’ll decide who gets to fly first.