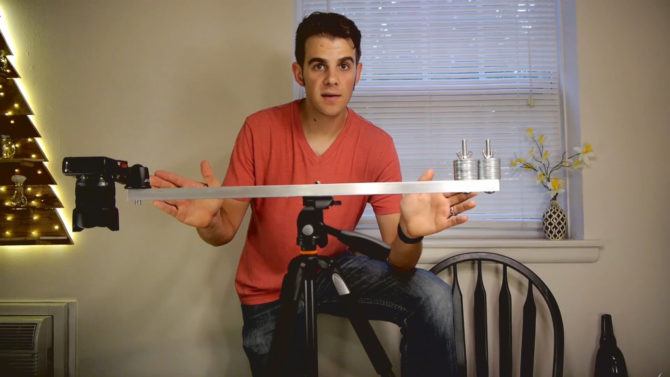 We’ve shown you a few overhead camera rigs before. This one, though, has to be amongst the least expensive DIY solutions I’ve seen. Based around a square metal tube, the construction is about as simple as it gets.

The video comes from YouTube user Energy Researcher. He goes through the build step by step, although there’s just really not much to it. Even if you’re not that great at DIY, this should pose no problem.

I haven’t included a ball head. I didn’t list a price for this, because what you need will depend on your camera. If using something small like a Canon G7 X, then you can probably get away with this for $10.

If you’re using a DSLR, you might want something more substantial like this one for a hair over $20. I actually have a couple of those, they’re not perfect, but not too bad. You may have something already laying around that you can use.

One place where you can save a little money is the hardware. Specifically, the wing nuts and fender washers. Usually, you don’t get great prices until you start buying them in packs of 50 or 100. If you can find them individually at your local hardware store, then that could save a decent amount. But, again, you may already have some laying around in the garage somewhere. 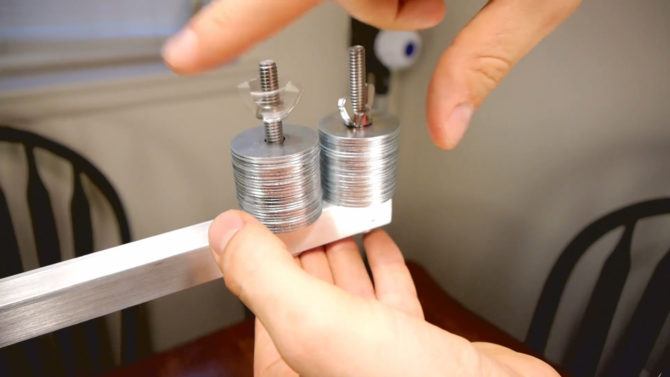 The construction is pretty simple. There’s a hole at one end to mount the ball head and two at the other end for the carriage bolts. These hold the counterweights (the fender washers) to balance the load. A final hole or two near the middle mounts it to the tripod.

It’s a nice, relatively inexpensive and simple solution to getting an overhead camera. The method, though, can also be used for other things. You could use a much longer pole with a spigot on the end to use as a boom arm for lights. Or with a microphone mount to hold a shotgun mic for external sound on your videos.

So, if you need an overhead camera or a boom for another purpose, it’s a quick and inexpensive build to get you up and running.

Do you shoot overhead cameras? What other things do you use booms and jibs for? Let us know in the comments.